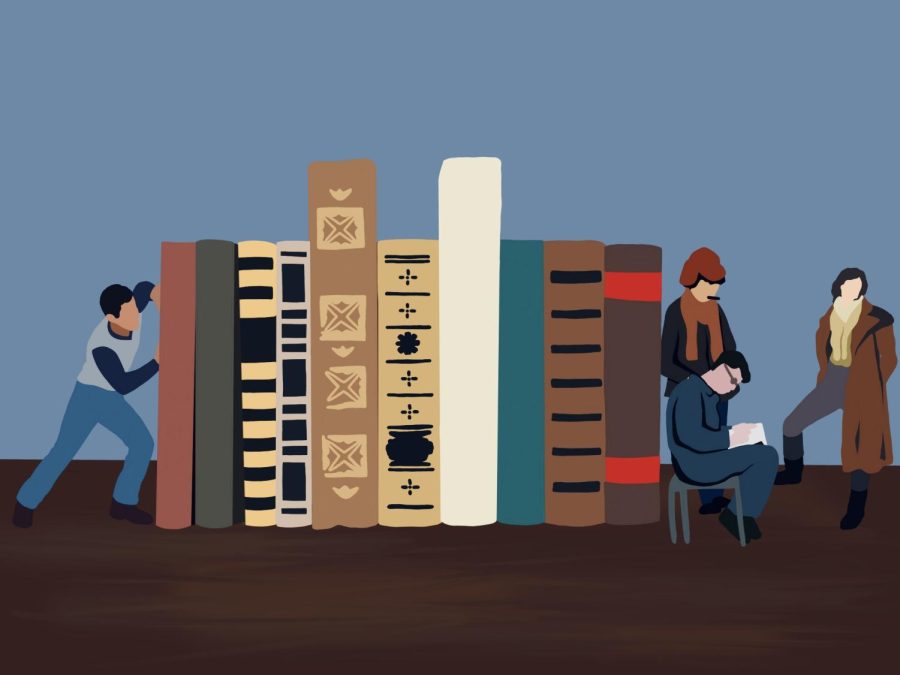 Issues that arise from the current sophomore reading list such as predominantly white male protagonists, and the portrayal of women and people of color in inferior roles calls for a growing need to make changes to the novels put on the list in order to allow for voices from all groups to be represented and heard by students.

When Foothill Technology High School (Foothill Tech) sophomore students opened their computers and clicked on what the book list was for the 2021-22 school year, disappointment was in the air. A list almost completely filled with white authors stood before their eyes. In a country that continues to fight for equality, how could a high school reading list continue with the same novels that have been used for over a hundred years? Stories that are part of the English and history curriculum across America continue to feature books written by white male authors while making a few exceptions that keep complaints from being fired. It is unethical for the next generation to continue to learn from the perspective of the white male and perpetuate this standard of curriculum.

Books such as 1984 by George Orwell, The Catcher in the Rye by J.D. Salinger and A Tale of Two Cities by Charles Dickens are “classics” that almost every high schooler has read. Not only are Gen Z students reading these novels, but the millennials, Gen X and baby boomers have also read these books back in their high school years.

The main protagonists in classical books are typically males portrayed as “heroes” whereas women and people of color assume the role of the wife of “the hero” or an annoyance for “the hero”. This essentially promotes the obligatory praise of these “heroes” and the idea that in order to be a victor, you have to be white. When the school district allows for students to continue to sympathize with the white male, it makes it hard for them to take other views into account.

Sadly, the white male-dominated book list refutes the ideas of racial and gender equality that are being taught to us simultaneously. With students from many different backgrounds, the white male view makes minorities feel distant and unable to relate to the characters, which causes essay writing and analysis of the book to be difficult.

World history teacher Claire Adams voices her disappointment in the lack of cultural diversity. “I have people from the Latinx community who feel as if their voices won’t be heard because they feel as though their voices don’t matter,” she notes. This is a result of the years of white males in power, dominating the press and writing books solely about their own ethnicity.

Ventura Unified School District (VUSD) has made it nearly impossible for teachers to get approval for a large selection of novels. Approval for a single book by the district can take a large quantity of persuasion and time. In addition, VUSD limits the content that teachers are capable of putting out, which makes it nearly impossible for teachers to have their own choice of novels. It’s disappointing that after years of learning about equality and change, the school district continues to struggle at integrating diversity into their curriculum.

During sophomore and junior year at Foothill Tech, it is especially hard to incorporate a variety of writers because all of the assigned books relate to historical events in order to uphold the linked English and history curriculums. Many teachers struggle with finding novels that relate to the time period but also encapsulate the attention of students making learning an enjoyable experience.

Jason Dinkler, the tenth grade honors English teacher, gives insight into incorporating different, oppressed perspectives of minorities during the time periods being studied. “Part of the dilemma of the joined class is that you’re going to have content driven by the time period and that the literature is driven by that.” he states.

It is extremely important to recognize that early female writers, like Mary Shelley, were oppressed and widely uncommon. Women and people of color were often illiterate and did not have the opportunity to voice their opinions. Both groups did not have as many opportunities to be heard, giving all the more reason to recognize them in English and history classes. Finding a balance between stories by minorities that students can relate to and learn from is what will make these book lists as enriching as possible.

In order to move forward, we need the support of the racial majorities to boost the opinions of racial minorities. They can impactfully change the curriculum by speaking up for people whose voices aren’t as valued by groups of white men. By appealing to the school district for a change, we as students need to hear from different perspectives and different accounts.

Tenth grade world history teacher, Cherie Eulau, focuses on how to embrace different perspectives in her classes. “We have been really trying to look at it from their point of view and how the language changes the dynamic.”

The stories we read are going to imprint in the minds of students developing their own biased feelings and individualized thoughts. In order for this to reach everyone, VUSD and any educator needs to choose inclusive book lists that make underrepresented readers engaged and motivated to read, not to think of it as a chore. As we look to stray away from traditional themes, inclusiveness while teaching new generations of students will help better our education system as a whole.