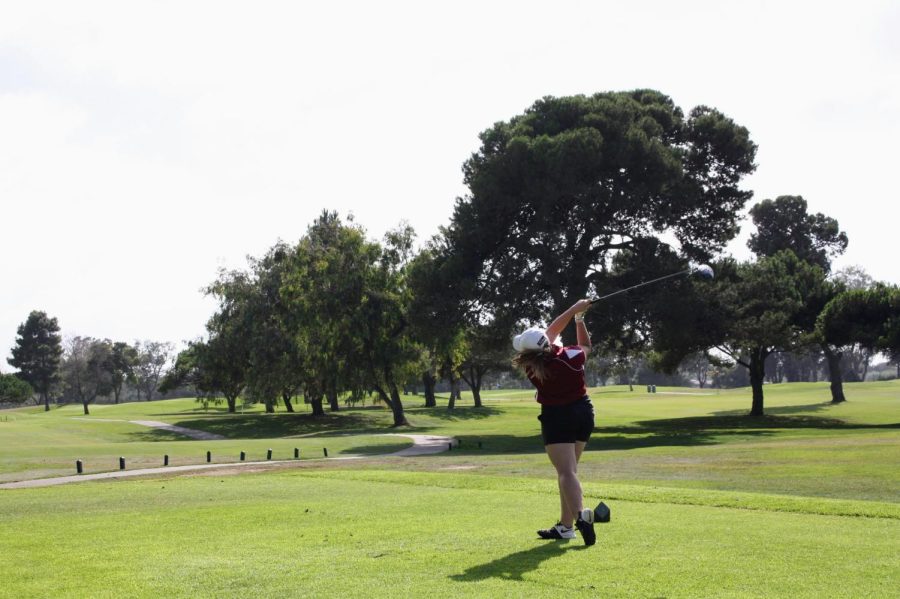 In the early afternoon at Santa Barbara Municipal Golf Course, the Foothill Technology (Foothill Tech) girls’ golf team went up against Bishop Diego High School (Bishop Diego) and Laguna Blanca School (Laguna Blanca) in a three-team match on Sept. 23. The girls set their tees to face the two schools in the hard matches that were ahead of them.

Coach Michael Robinson reflected on the match, saying, “our team played well but could do better and we will work to improve as the season progresses.”

At the end of the match, the Foothill Tech girls lost to Laguna Blanca but beat Bishop Diego.

The Dragons played well, but they were not completely satisfied with their performance. Lewis stated, “I’m not 100 percent satisfied with the outcome, knowing that I could have played better as well as the rest of the team.”

The Dragon’s lowest score was a round of 40 during the 9 hole event. Nevertheless, the coach reflected on the team’s performance in a positive way, saying, “I’m proud of the effort and hard work the team has exhibited thus far.”

“I think we were all excited that this was our first official match of the season,” Lewis says. “As a team, we should take this match as a motivation to play better at our next match,” Lewis exerted her feelings about how the team played overall, hoping that they can do better in the future.

After getting one win and one loss under their belt, the Dragons are excited to go up against rival school St. Bonaventure High School on Oct. 7 at the Buenaventura Golf Course. This time they hope to take their positive energy with them and hit well on the next game.