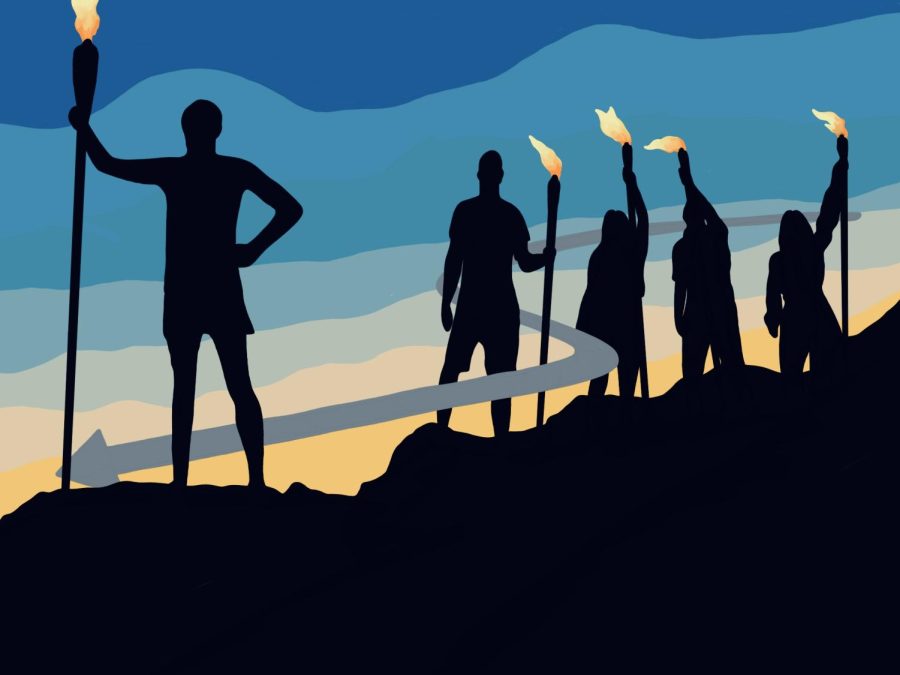 After being on-air for nearly 20 years, the reality tv show Survivor has evolved exponentially from its first premiere and now has new types of sole survivors with differing attitudes, motives, and approaches to winning compared to the finalists of the past.

Popular reality television show “Survivor” aired its 41st season on Sept. 22, 2021. This season, which aired on Paramount Plus, came after Survivor celebrated its 21st anniversary earlier this year. Survivor has been able to endure the test of time so well by evolving the show to continue to interest long-time fans, new watchers and anyone in between.

The reality TV show started out by enrapturing viewers as they watched frantic contestants panic in desperation for food, warmth and shelter, all while trying to create a harmonious atmosphere within their tribe. Since then, it has evolved into a show full of mental and physical challenges with emphasis on a competitor’s ability to manipulate their fellow castaways.

For people who have never witnessed the series, the show starts out with anywhere from 15 to 20 castaways being dropped off at a remote location where they must create a shelter, find or win food in reward challenges and create fire. Around every three days, players must compete in challenges to win rewards or to get immunity from getting voted out of the game. A player is voted out by their fellow contestants every episode at tribal council. After 39 days when 2 or 3 people are left, a jury full of previously voted out contestants votes who they think deserves the title of sole survivor and the million dollar prize.

Back in 2000 when the show made its debut, its main attraction was for watchers to visually experience people focusing on the brutal elements of a remote location with very few supplies given to them. Any one who wanted to be classified in the end as a winner played a game focused on loyalty and gaining respect from other competitors. Switching alliances was considered vicious and was a one way ticket to being voted off. Famous “old school survivors” winners such as Tina Wesson from season two and Ethan Zohn from season three won by treating their castmates with respect and keeping people well fed and a fire going.

As a show must do to continue for over 20 years, “Survivor” has made adjustments over time to keep viewership up. As the seasons have progressed, rewards for winning a challenge have gone from winning a bag of rice to extravagant luxuries, such as a steak dinner on a cruise ship. In addition to giant rewards, in most of the newer seasons tool kits full of essentials such as shelter building material, chopped wood and flint are given to castaways on day one.

“New school survivors” don’t have to worry as much about the survival aspects of the game. Instead, they have to avoid blindsides and win a popularity contest among castmates to avoid getting voted out. Although being a good person is still valued, playing a strategic game full of orchestrating vote outs and masterminding which people get voted out and when is perhaps the most important part of the game.

One of the most infamous winners in survivor history was the winner of season 28, Tony Vlachos. Vlachos constantly used people on his tribe to gain a voting majority and then turned on them when they were “no longer useful” to him. He was voted the sole survivor due his dedication to winning and all of the effort he put into controlling the game. He openly admitted, “I’m here to lie, cheat and steal. I’m here to drag people’s dreams through the mud so I can fulfill mine.”

Twists being added to the game have paved the road to this “new school survivor” gameplay. An important and entertaining recent addition to the game is hidden immunity idols. These small objects are secretly placed at the tribe camps and have the power to save people from being voted out at one tribal council. When players find themselves at the bottom of their alliance with almost no escape they can find one of these idols to protect them from being voted out at tribal council. The extra security always allows players to take more risks without worrying about being exiled from the island.

The motto for 20 years has been “Outwit. Outlast. Outplay.”

In an attempt to bring in more viewers after ratings have steadily declined in the past four seasons, season 41 brings back old fragments of the game from seasons years ago. Food is now extremely scarce with very few reward challenges, and advantages that are gained come with many risks.

Pretty privilege has also become an important factor in being casted on the survival reality tv show in recent years. In the beginning of the show, people were selected to be on the show at open casting calls for the general public. There was a large variety of casted members, including people from ages 18-70 with jobs ranging from elementary school teacher to political scientist.

Nowadays, casting agents find aspiring models and actors to participate on the show, and pick out a few poster people to bring in diversity.

In the past, racial representation has been lacking. Starting on the newest season, season 41, there has been a pledge made that at least 50 percent of castaways will be people of color. They made good on that promise with the reveal of their new cast.

It’s a binge-worthy show that has gained a reputation as one of the best reality tv shows, and it is the fourth longest-running reality television show of all time.

It’s pleasurable to witness people in a state of vulnerability as they live without the elements of everyday life in modern society that people take for granted.