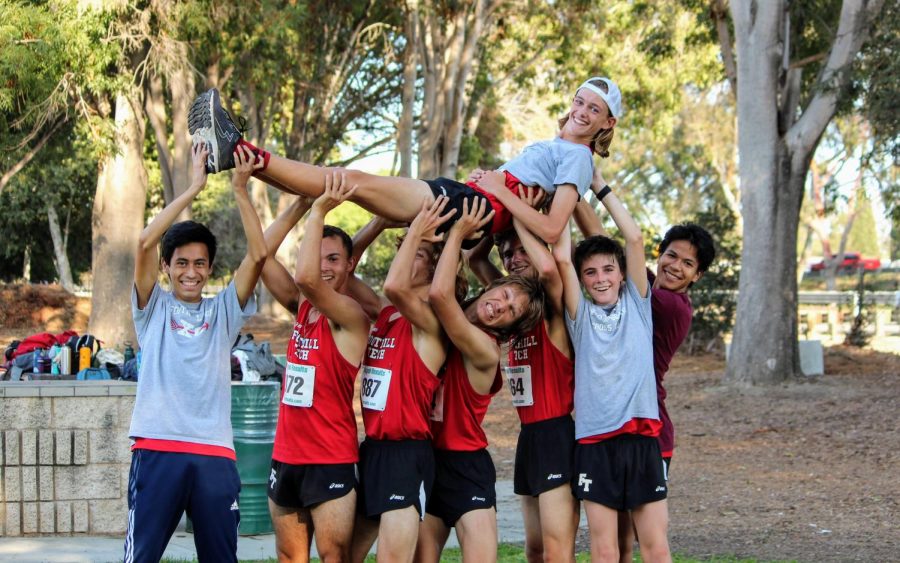 The sunlight filtered through the leaves at Camino Real Park as the Foothill Technology High School (Foothill Tech) cross country team paced their way through the course on Sept. 17. Camino Real offers the terrain necessary to post some of the best times of the year due to the nature of the course, and the Dragons did not fail to capitalize.

Bensen noted the improvement the program has made at Camino Real, saying, “when I was a freshman,

this course was an up and down for us, we weren’t really too happy with what we did as a team, but this year it felt good, it had a lot of effort put into it, I felt good, my team felt good.”

Although the varsity girls as a team placed second in their race, Walker was upbeat about her team’s effort, saying, “we excelled, it’s the beginning of the season, we have more room to grow, but I am super proud of all of the girls and I think they did amazing.”

Coach Jason Dinkler voiced similar optimism, mentioning, “based upon what I saw today, we’re going to have, obviously, some areas where I’d like to see some growth, but there was a lot of good performances today, so I was very happy.”

The Dragons will compete in their next meet on Sept. 24 at the Raider Invitational at College Park, Oxnard.