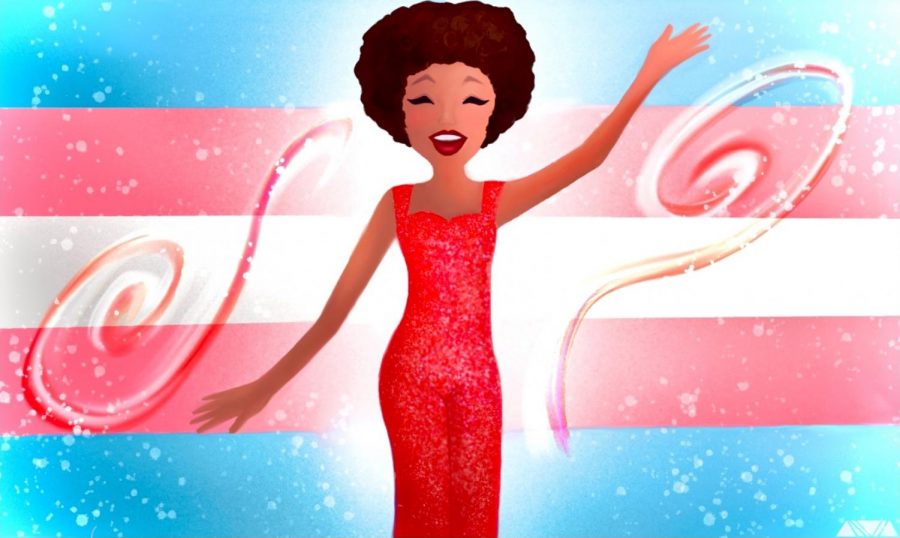 Learn more about how MJ Rodriguez has supported the transgender community, becoming part of a shift in the mindset of generations new and old.

In 1990, transgender people gave mainstream society a window into their world through the documentary film, Paris Is Burning. The film has been heavily criticized for not having elevated the LGBTQ+ community it was responsible for representing.

Still, Paris Is Burning paved the way for today’s trans representation: the TV Show Pose and its star, MJ Rodriguez.
In the 1990s, Paris is Burning could have been seen as the first “tipping point for trans people”, a phrase coined in 2013 when Laverne Cox changed history in her role as Sophia Burset in Orange Is the New Black. Cox’s breakdown of barriers for trans people was followed by Caitlyn Jenner coming out, which for many, was seen as trans people being given a platform in the mainstream media.

Likewise, Paris Is Burning was followed by Madonna’s Vogue, where she popularized voguing, a style of dance invented by LGBTQ+ people of color involved in Ballroom—a form of gender expression and dance primarily created by LGBTQ+ Black and Latino individuals. Paris Is Burning follows a group of predominantly trans femmes involved in Ballroom while shining some light on the HIV/AIDS epidemic, which at the time was ravaging LGBTQ+ people, especially trans femmes of color.

Since then, trans people have entered the mainstream through other forms, such as the aforementioned role of Cox as well as Hunter Schafer in Euphoria or the 2015 film Tangerine. Trans representation was revolutionized again in 2018 with Pose airing on FX.

Pose, set in the late 1980’s and early 1990’s around ballroom culture during the HIV/AIDS epidemic, cast five trans women in leading roles. The show centers around Blanca Evangelista played by MJ Rodriguez. The plot opens to Blanca being diagnosed with HIV which catapults her to leave her current house, Abundance, and start a new house, Evangelista, with her house mother, Elektra (Dominique Jackson).

As the show progresses, she takes in numerous LGBTQ+ people of color including Elektra and provides a positive role model for trans youth watching the show. While previous portrayals of trans characters mostly dealt with how the world saw them, Pose dealt with Blanca’s thoughts and interactions with the world around her.

The show also pays tribute to LGBTQ+ ancestors who helped advance rights within the community, and it represents the hardships trans women faced and have continued to face.

Despite Pose being nominated for multiple Emmy’s, it was not until 2021 that one of the five trans leads was nominated: Rodriguez.

Rodriguez is the second transgender actress to be nominated for an Emmy and the first to be nominated in a lead role. This is revolutionary because, for decades in film, gender non-conformity has been turned into a joke with tropes such as the Man in a Dress. Finally, a trans person has the opportunity to win Best Actress in a Leading Role, one of the most sought out awards in the Emmy’s.

There are still so many obstacles for trans people to overcome, such as police brutality and unemployment, but this Emmy nomination’s step in the right direction should be celebrated for how positive of an impact Rodriguez has made and the recognition she’s gained for trans women.

She has pushed them arguably decades ahead, and this progress almost definitely could not have happened without her. So, in the words of Blanca Evangelista herself, “who ever got anywhere by knowing their place? A man who knows his place might as well be a dead man.”