Speech, debate and the improvement of student mental health 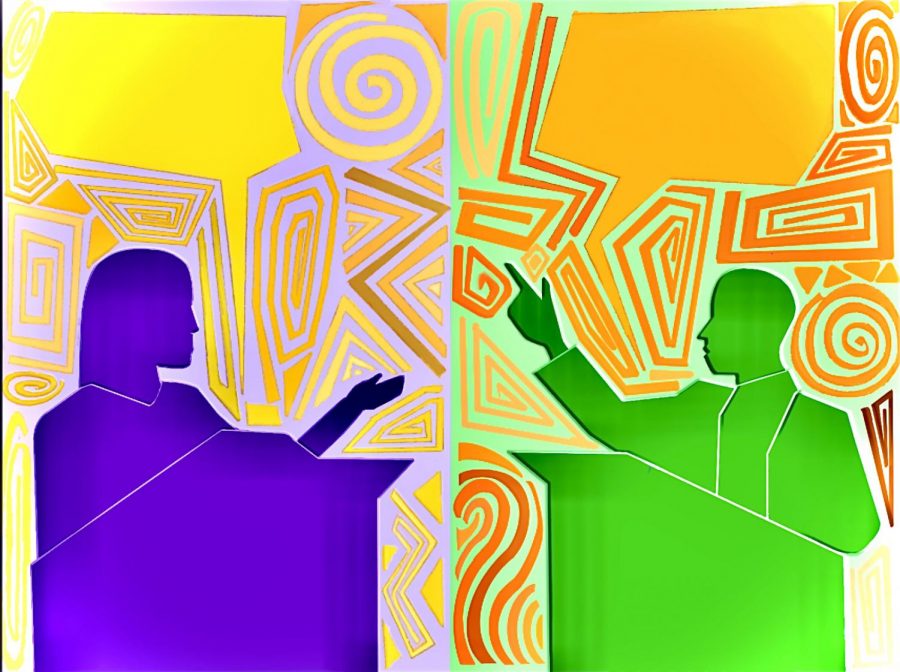 Amidst Foothill Tech’s diverse array of clubs, programs, sports and other extracurriculars is the Speech and Debate club, a potent yet overlooked force of wit on Foothill’s campus. Begun by Mrs. Kindred and continued by Mrs. Schmitt, Foothill’s speech and debate team has been highly acclaimed, having received awards and recognition at the state level.

Beyond the image of intelligence and success the team brings to Foothill, Speech & Debate is substantial because of the personal effect it has on every individual who joins. Students have emphasized the fact that partaking in debate has allowed them to come out of their shells by improving their confidence in a fundamental aspect of society: communication.

“Speech and Debate has helped me develop my public speaking skills and learn how to understand and accept differing viewpoints,” says Toby Pflaumer ‘21, a current Foothill debate student.

“Five years ago, the mere mention of public speaking gave me cold sweats and shivers,” adds Michelle Kim ‘20, a Foothill Tech alumna. “I joined Speech and Debate in the hopes of eliminating my fear of public speaking and making new friends within my year.”

High school youth notoriously struggle with mental health issues, including social anxiety. In a report from the National Institute of Mental Health, it was noted that an estimated 9.1% of adolescents aged 13-18 face moderate to severe social anxiety, with symptoms including fear of public speaking and stress caused by everyday interactions. Speech & Debate gives students a safe haven to work through these anxieties and improve their day-to-day lives.

“I think it’s awesome for students,” says Mrs. Schmitt, “those opportunities to challenge yourself and push yourself and put yourself out there, that’s real character building stuff.”

Though it has often gone unnoticed, Speech & Debate has allowed the heart of Foothill to beat and flourish for years. Past and present students including Kim, Pflaumer and many others have been presented with new opportunities and a chance to grow as thinkers and speakers. It teaches students how to efficiently analyze, articulate and communicate themselves in a controlled, respectful academic environment. Arguably, these are the fundamentals of Foothill’s culture.

“The students who participate really get into it and love it, and it has a really positive impact on them,” Mrs. Schmitt concludes. Kim affirms this statement, saying “I’m definitely thankful for the growth and opportunities in which debate has provided for me.”