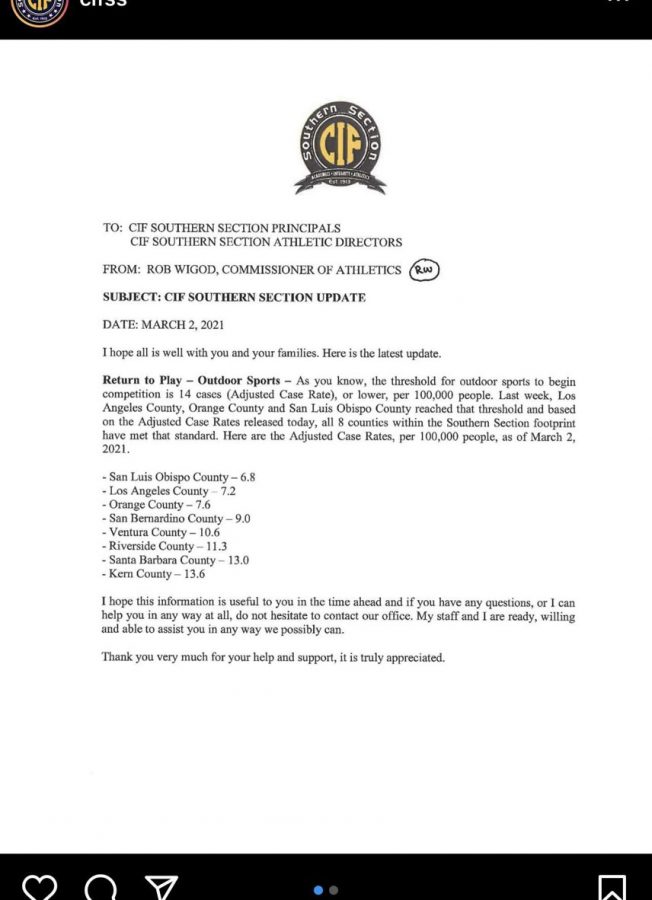 On March 2, 2021, the California Interscholastic Federation (CIF) Southern Section updated parents and athletes on their social media regarding the Adjusted Case Rates threshold and what that means for certain counties.

According to Rob Wigod, the commissioner of athletics, Ventura County is one of the eight counties in the Southern Section that meet the standard of 14 cases or lower per 100,000 people. Ventura county currently has around 10.6 cases per 100,000 people.

This news gives athletes the clearance to play outside with their team. This is what athletes were hoping to hear for their season to start hopefully in the next upcoming weeks.

In a recent post to their social media, CIF states “a summer dead period must be declared by the school district and/or principal for all sports.” This dead period must be at least 14 days for athletes to take a break and not partake in any sort of training or activity with their teammates.

This dead period has been waived for 2021, but will be reinstated for the summer of 2022 as well.