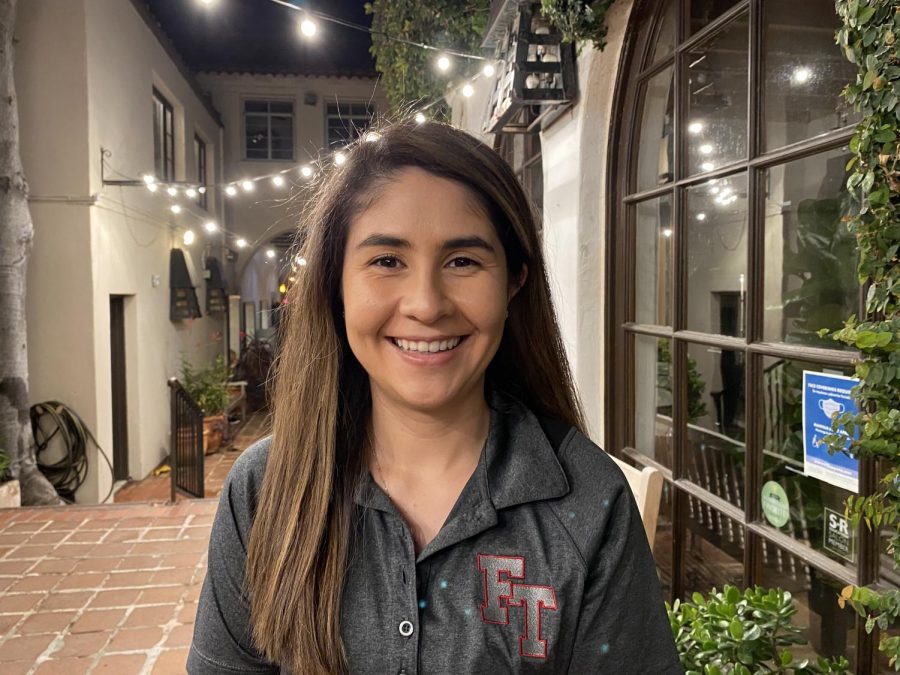 New girls' Varsity soccer head coach Patty Gomez is excited to jump into the seasons ahead.

Gomez began her coaching career 11 years ago for a girls’ U8 soccer team and has continued to coach at the club level with a youth boys’ team for the last three years. Gomez has also coached extensively at the high school level, as she previously coached soccer for the JV girls’ team at Malibu High School and the Freshman/Sophomore girls’ team at Santa Paula High School.

Gomez shared that throughout her time coaching, a lesson she has learned is that “in order to lead the team by example, my players have to know that I trust and respect them.” She explains that in doing this, “it creates a level of trust and respect amongst each other. Once that’s established in the team, it’s amazing what they are able to accomplish together.”

Not only does Gomez have coaching experience, but also success in doing so. When asked about highlights of her career, Gomez detailed the Foothill Tech JV girls’ team having an “undefeated league record for the past two years,” and “the Varsity team being league champs, and co-champs, the past two years.”

Besides her soccer related coaching accomplishments, Gomez mentioned a highlight of her off-the-field coaching experience was the 2019-2020 Foothill Tech season, when she had “nine seniors that graduated from the team, four of which had been with me since they were eight to 10 years old. All of my seniors went on to pursue higher education at either a 4-year university or community college.” She values this because “through mentoring I was able to help guide them to continue their education in a field they are passionate about.”

Gomez added to the importance of non-soccer factors of coaching when calling “the team culture that’s created amongst the players,” one of her favorite parts of coaching. She later added that “the team becomes more like a family environment, where everyone is working towards the same goal.”

In addition to coaching soccer, Gomez has extensive experience playing the sport. She began playing at five years old and continued to play until college. Since then, she has played in adult recreational leagues alongside coaching.

When asked about her feelings towards soccer, Gomez simply remarked, “I love soccer.” She went on to explain that, “I met some of my best friends through soccer and I credit it for teaching me the value of teamwork, what it means to leave your heart on the field every single game and responsibility not only for yourself but also your teammates.”

With regard to the philosophies Gomez will implement, she states that in an effort to maintain the success the Foothill Tech girls’ soccer program has seen in recent years she will be “establishing an environment that is focused on player and team development.” She adds that doing this will support players in reaching their, “utmost potential while continually increasing their knowledge of the game and ability to apply it.”

As for the future of the program, Gomez states that she plans to “continue to build upon the foundation that was set by the previous coaches and players,” and that she has “great respect for the program Coach Craig [Jack Craig] led and what the former players were able to accomplish.” Gomez closes by noting that she is sure, “the players will rise to the challenge and with commitment, trust and teamwork we will all work hard to succeed.”