Season One regional and state championships cancelled by CIF 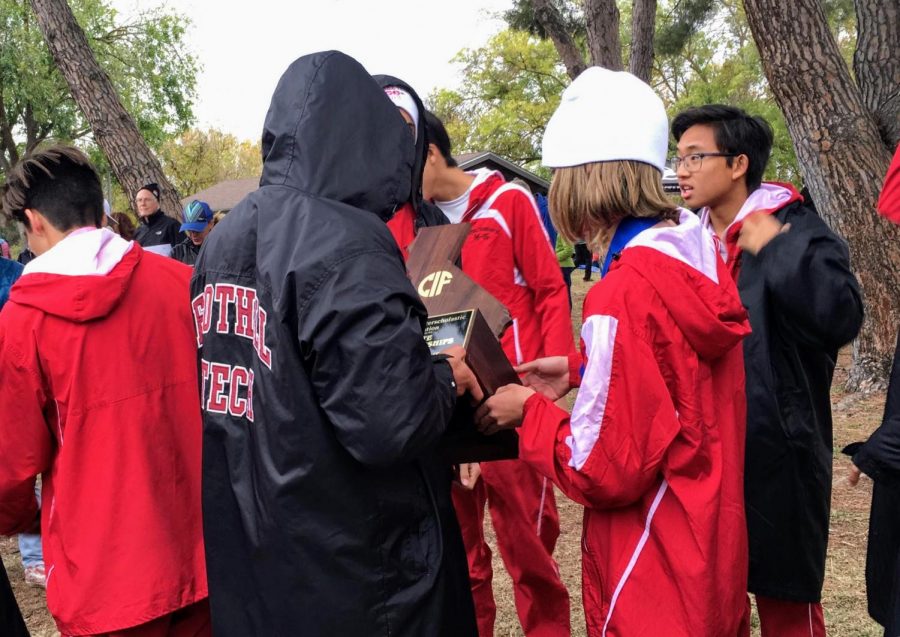 The Foothill Tech boys' cross country team celebrates their win at the 2019 CIF State championship, an event that will no longer take place in the 2020 season.

Amidst the COVID-19 pandemic, one of the few activities that has remained available for some Foothill Technology High School (Foothill Tech) students, is their ability to participate in modified versions of their sports. However, after a Dec. 1 announcement on the California Interscholastic Federation’s (CIF) website, the public has been informed that all season one regional and state championships have been cancelled for the 2020-21 school year.

In addition, CIF stated, “all full practice and competition start dates are officially on hold until updated guidance is issued.”

CIF explains that by canceling regional and state championships, it will allow more student-athletes to, “have the opportunity to participate in a longer season, rather than a truncated season with Regional and State post-season play for a limited number of schools.”

The Foothill Tech sports seasons that are affected by this announcement include boys and girls water polo, girls volleyball and boys and girls cross country.

In the 2019 season, the boys’ cross country team captured the Division IV state championship, and with many members of that team returning this year, a repeat victory was within reach.

Head Foothill Tech cross country coach, Jason Dinkler, describes the state meet as, “the highlight of the year” and states that its cancellation is a “significant loss to the team and to the high school running community.”

Finn Blacker ‘21, a member of the group of champions, adds that he is, “very disappointed we do not get to show our constant progress in our senior year.”

As of now, the prospect of some form of competition this year is still a possibility, although it will not come in the form many athletes hoped.