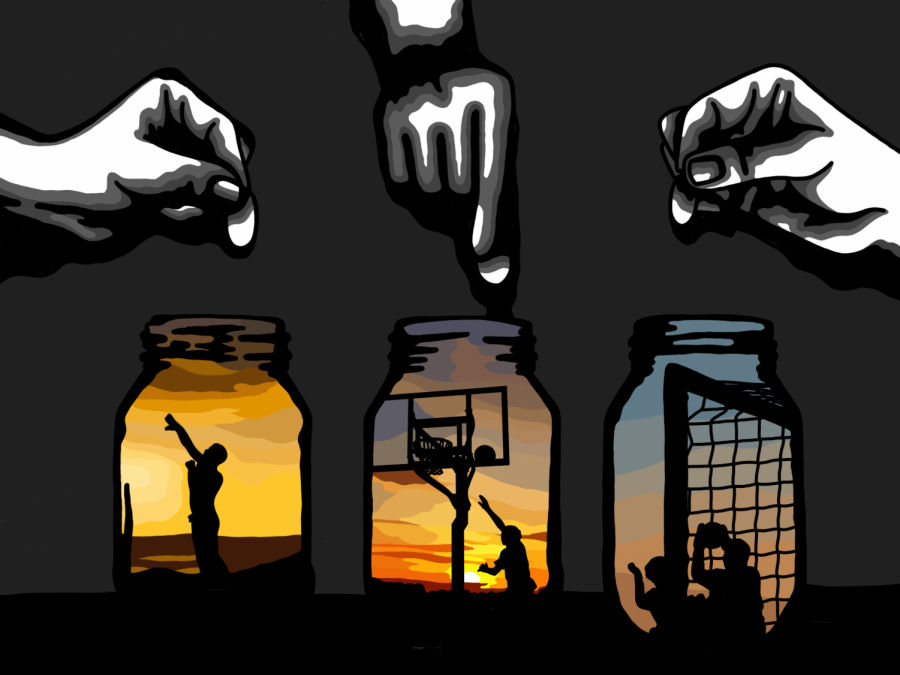 Fundraising is a fundamental part of providing the necessary finances for sports teams to be able to participate in tournaments, and to purchase a variety of gear and equipment imperative for the upcoming season.

Fundraising is the foundation of a good athletic program; it is essential to raise enough money to play in the tournaments they want and buy any new gear. Many people don’t know about all the minute details that go into fundraising. Necessary items like game balls, safety equipment and competition expenses such as timing or officials are paid for by the school and athletics department. In 2019, a four-year rotation plan for the purchase of uniforms was created, to be paid for by the school site and athletics program.

All sports departments at Foothill Technology High School (Foothill Tech) have acquired their money through donations, fundraising, snack bar revenue and one of the most popular, eTeamSponsor.com. This program allows a sports team to participate in a quick video and request donations by sending out their video to friends and family. These types of fundraisers allow the players to interact with the people who donate money to help them get the necessary funds they need for the season.

Contrary to rumors, the popularity of certain sports has nothing to do with fundraising. According to athletic director Jamaal Brown and principal Russell Gibbs, they state, “it doesn’t seem to be based on popularity. In our experience, it mostly depends on what each team’s needs/wants are, what their level of interest in fundraising is and how large the team is.” If they are a bigger team, of course they’d do more fundraising in order to get the things they need for their season and it’s easier when there are more people participating in fundraising.

Many of the traditional spring sports are low on funds due to COVID-19 and the cancellation of their season in the 2019-2020 school year. They weren’t able to start their fundraising at the beginning of the year like how they usually do in order to have money by the time their season arrives. However, Brown and Gibbs say, “unspent funds are retained and rolled over to the next year, as there is often a need for teams to purchase items in advance of the season’s fundraiser.”

According to Brown and Gibbs, “each team is allowed to hold only one active fundraiser each year, which must be held during their season of sport. Each team creates its own budget, which is approved by ASB and the Dragon Athletic Council and is allowed to fundraise to meet their budget needs.” The most popular fundraiser most teams participate in is making a video and emailing it to friends and family. So that’s where the little snack bar and generous donations come in hand because it isn’t such a big thing to do. Friends and family are kind enough to donate snacks and drinks to the snack bar in order to help their child’s season.

Fundraising is a key factor for athletes and their future season. Donations, fundraising and snack bar revenues keep Foothill Tech athletes playing. That means the Foothill Tech families and community are what truly keep the sports department alive.