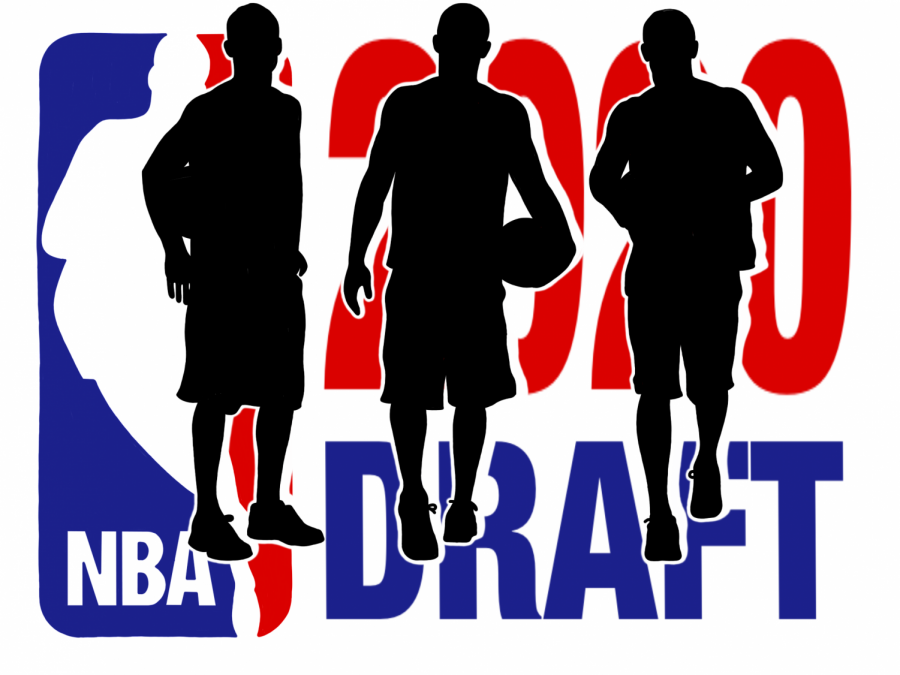 After the NBA Draft had been postponed in May 2020 due to the rise of the COVID-19, it is able to take place in Nov. of the same year; finally giving eager players the opportunity to become the next star player, or to not be unable to live up to their pay check.

After being cancelled on May 19, 2020, due to COVID-19, the 2020 National Basketball Association (NBA) Draft has been moved to Nov. 18, 2020. The NBA draft is a franchise-changing event for teams in the NBA. This draft will involve two rounds, with 30 picks in each round. Teams get to pick players who will ideally end up as a star player for their team. The stakes are high, as some players could end up being ‘draft busts’, or players who are selected at the top of the draft with high expectations but end up not living up to their billing.

Who will be the first overall pick this year? Who will rise and who will fall in the draft? Who will stand out among their peers in the long run? Check out our predictions below, in a 2020 NBA mock draft.

1. Minnesota Timberwolves: Lamelo Ball, Point Guard (PG), International (Int.)/Illawarra Hawks (Australia)
A big selection for the Minnesota Timberwolves who desperately need a talented guard/forward to pair with elite center Karl-Anthony Towns. Ball is a lean and tall guard who is a talented passer and operates off of the dribble. Ball is the younger brother of former number two overall pick Lonzo Ball.

2. Golden State Warriors: James Wiseman, Center (C), Memphis
The Warriors, who boast one of the league’s best backcourts in legendary shooters Steph Curry and Klay Thompson, need a talented big man who is athletic and can dominate the paint. Fortunately for them, Wiseman is a seven-footer with explosive potential, and is there for the taking.

3. Charlotte Hornets: Anthony Edwards, Shooting Guard (SG), Georgia
The Hornets are a team that lacks star power and talented scorers. Edwards, who is a dangerous guard that oozes explosiveness and scoring potential, seems like the perfect fit here.

4. Chicago Bulls: Deni Avdija, Small Forward (SF), Int./ Israel
The Bulls have the second-youngest roster in the NBA by average age. With a youthful blend of talented guards and athletic big men, the only thing missing is a small forward like Avdija who has the speed of a guard and the size of a center.

6. Detroit Pistons: Patrick Williams, Power Forward (PF), Florida State (receive Atlanta pick in mock trade)
Williams is a jack of all trades, but a master of none…for now. He thrives on the defensive end and puts his full effort during all possessions. He should bring a gritty personality to a Pistons team that has been a franchise with a history of physicality.

7. Atlanta Hawks: Onyeka Okongwu, C, USC (receive Detroit pick in mock trade)
Okongwu is a skilled center who can run the floor and dominate the game with his talented rebounding and defensive ability. He fits well with the Hawks, who need a center to pair with sharpshooting, star guard Trae Young.

8. New York Knicks: Isaac Okoro, SF, Auburn
Okoro is a talented scorer who plays tough defense. This is the type of player the Knicks need to raise the overall toughness of their team.

9. Washington Wizards: Devin Vassell, SG, Florida State
Vassell is a talented scorer who can stretch the court and offer a third option scorer for a Washington team that relies on its star backcourt of Bradley Beal and John Wall.

10. Phoenix Suns: Tyrese Haliburton, PG, Iowa State
Haliburton is a bigger PG who can shoot well and is a talented ball handler. While the Suns have reportedly traded for all-star guard Chris Paul at point guard, his contract expires in two years, which should be a good amount of time to develop Haliburton.

11. San Antonio Spurs: Killian Hayes, PG, Int./France
Hayes, who is out of France, is a large guard with big playmaking skills. He would fit well under the San Antonio Spurs, who desire a new star to take over the team.

12. Sacramento Kings: Saddiq Bey, SF, Villanova
Bey is a talented three-point shooting and defensive shooting forward who is versatile and can shoot well. He should mesh well next to guards Buddy Hield and De’Aaron Fox, who will require the ball for most of a game.

13. New Orleans Pelicans: RJ Hampton, SG, Intl/ Australia
Hampton is a shot-creating scorer who is one of the most talented scorers in the draft. He appears to be a project who should take time to develop which is good for the Pelicans, as they are a young rebuilding team with star forwards.

14. Boston Celtics: Precious Achiuwa, PF, Memphis
Achiuwa is a long, athletic forward who projects as an elite defender at the next level. He will fit well next to the Celtics, which rely mainly on their guards and small forward for points.

15. Orlando Magic: Tyrese Maxey, SG, Kentucky
Maxey is a slightly undersized shooting guard, but is an animal on both ends of the court. He is a terrific scorer from mid-range and close range and is a fearless defender. He should bring his energy and tough mentality to a Magic team in need of a skilled guard.

16. Portland Trailblazers: Jalen Smith, PF, Maryland
Smith is an old-school, shot-blocking asset. He has good size for his position and can space the floor well. He should pair well with some of the best NBA backcourts, Damian Lillard and CJ Mcollum.

17. Minnesota Timberwolves: Kira Lewis jr., PG, Alabama
Lewis is a speedy guard who can score all over the court. He can translate to either a point guard or shooting guard at the next level. His scoring ability will be greatly appreciated on a Timberwolves team in need of talented scorers.

18. Dallas Mavericks: Aaron Nesmith, SG, Vanderbilt
Nesmith is a versatile guard who can play small forward as well. He thrives at shooting and defense, which are two areas in which the Mavericks need improvement.

19. Brooklyn Nets: Theo Maledon, PG, Int./France
Maledon is a talented guard who is a skillful passer, can shoot well and play good defense. He seems to be a multi-year project with lots of upside which is great, as the Nets have all-star Kyrie Irving running the point.

20. Miami Heat: Cole Anthony, PG, North Carolina
Anthony is an uber-athletic point guard with NBA all-star genes. He is a terrific playmaker who shouldn’t place this low on the draft, but due to circumstances has. Although his shooting can use improvement, he is a talented slasher who is creative around the basket. His hardcore mentality fits the Heat well.

21. Philadelphia 76ers: Aleksej Pokusevski, PF, Int./Siberia
Pokusevski is a mismatch for most teams as a seven-foot power forward. He is a young and talented offensive player with good rebounding potential. He appears to need a couple of years to develop which benefits the 76ers, as he can sit behind star forward Ben Simmons.

23. Utah Jazz: Tyrell Terry, PG, Stanford
Terry is a talented scorer and passer who will fit greatly next to star scorer Donovan Mitchell. The Jazz who made the playoffs lacked solid facilitators of the basketball.

24. New Orleans Pelicans: Malachi Flynn, PG, San Diego State
Flynn is a talented guard with a knack for reading defenses and making plays. The Pelicans can choose to double up on guards here.

25. Oklahoma City Thunder: Jaden McDaniels, PF, Washington
McDaniels is a strong defensive and offensive forward who can impact the game on a high level. He should be able to pair well with the Thunder’s talented guards, to run the floor well.

26. Boston Celtics: Zeke Nnaji, C, Arizona
Nnaji is a tough man who plays with 100 percent effort every possession. You can count on him to bring his infectious energy and tough physicality to the court. He matches well with the Celtics who are in need of some tough, aggressive players.

27. New York Knicks: Leandro Balmaro, SG, Argentina
Balmaro is a talented and tall guard who can handle the ball well, create good shots and play physical defense. He fits well with the Knicks who are in the need of tough and able scoring guards.

28. Oklahoma City Thunder: Josh Green, SG, Arizona( Receive Lakers pick in mock trade)
Green is a good defender and athletic scorer. He is very explosive and can score with ease at times. He will benefit from a Thunder system, which utilizes its guards as scorers.

29. Toronto Raptors: Desmond Bane, SG, TCU
Bane is an excellent scorer in all aspects along with having tough defending skills. He will fit well in a Raptor’s lineup which needs young guards to carry its offense.

30. Boston Celtics: Jordan Nwora, PF, Louisville
Nwora is a solid finisher around the rim along with having a nice shooting touch. He makes up in shooting where he lacks as a passer and defender. He should fit well for the Celtics as they need more large centers.

The NBA draft is a great event for players to get drafted to their future teams. Stars are thrown into the spotlight on this day. Make sure to watch the 2020 NBA draft on Nov. 18 at 7 p.m. ET.