The fight for equality continues: Justice in the Classroom 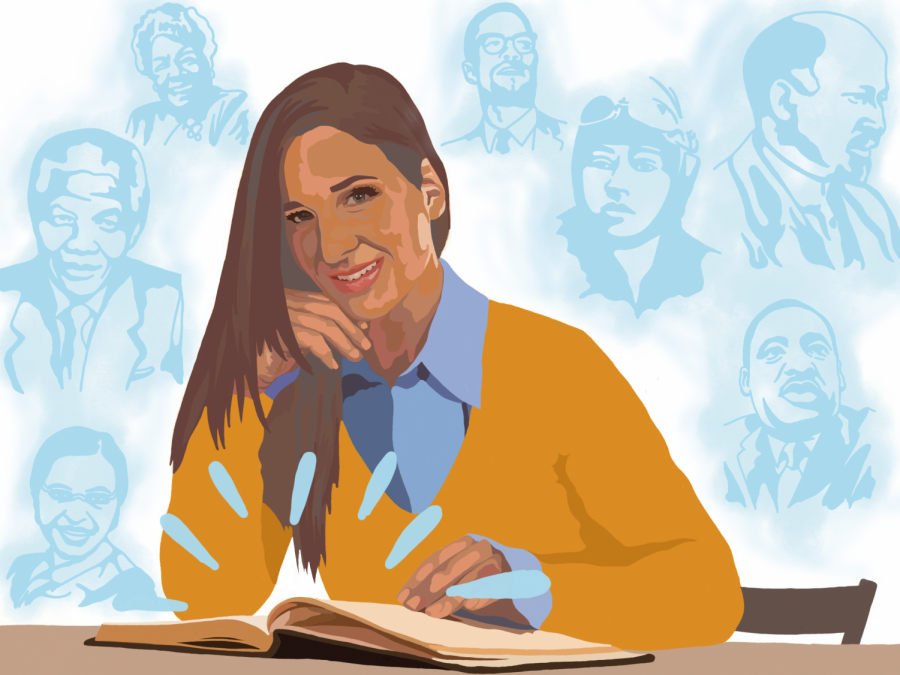 The Justice in the Classroom organization is bringing waves of change into the education system by shifting how people of color are represented not only in textbooks, but on campus as well.

In 2020, we’ve seen an increased amount of activism wordlwide, with movements like Black Lives Matter making headlines in recent months. Young people have shown to be increasingly empowered to take part in the push back against inequality, racism, stereotypes and bias. Justice in the Classroom (JITC) is an organization looking to do just that in the curriculum of our schools. JITC was founded by Kavita Rai and additional southern California students Humna Ahmad, Evelyn Zhai, Priya Setty, Mikiiya Foster, Ariana Greenidge and Emily Nagamoto. With branches stretching from Conejo Valley, Justice in the Classroom has now reached Ventura Unified School District (Ventura Unified).

The Ventura chapter started in June 2020 and is led by Foothill Technology High School (Foothill Tech) alumnae Aline Silva Rodrigues ’20 and Shaelyn Massey ’19. Silva Rodrigues is starting her first year at the University of California, Los Angeles (UCLA) and Massey is starting her second year at University of California, Berkeley this upcoming fall.

Co-founder Silva Rodrigues describes JITC as a “student-run organization dedicated to repairing the legacy of racial inequity in American education and ensuring that every child has an equal chance for success.” Both Silva Rodrigues and Massey, along with nearly 150 student members, are committed to making Ventura Unified a more inclusive school district.

Massey explained JITC’s six proposals. The first is curriculum change, with the goal being to ”shift from white-centric and euro-centric curriculum to include works and ideas by black, indigenous, people of color and anti-racist authors,” Massey stated. Not only do classes like history and English need to be re-evaluated; JITC hopes to expand this inspection to all classes, even science, technology, engineering and mathematics (STEM).

The next step is to release public reports to ensure “that the district is making information accessible, either by language or easy access on the website or on social media,” Massey said. There is great importance placed on the public being able to know “where funding is going and what they are doing to amend the disparities in education,” she added.

A third proposal involves diversity and inclusion, with the goal being to assist in making students of color feel capable and empowered in taking leadership positions at school, which would “ideally help the district in understanding where they could improve, and what the district can do to help students,” Massey elaborated. An example of allowing more diversity into the school district could involve “having a special assembly at least once a year that’s addressing topics of student racism and implicit bias,” she offers. Teachers and staff would be required to attend these panels, the purpose being to get further insight on how students feel about campus climate, and uncovering information the administration doesn’t know about. This idea is similar to the minority panel held at Foothill Tech in February 2020.

Silva Rodrigues gave insight into the fourth proposal, about educators of color. “We are trying to push the district to release a detailed plan for recruiting, hiring and retaining educators of color […] and we are also trying to get them to establish a leadership position dedicated to equity and social justice,” Silva Rodrigues stated. “That already exists to an extent with the ethnic studies social justice committee, but we hope to have more student involvement with that,” she adds.

The fifth proposal is about equity training, an important factor in changing the district for the better and erasing bias. JITC hopes to plan and implement “professional development for all staff and faculty on implicit bias, racial equity, proper responses to student racism and also creating inclusive curriculum,” Silva Rodrigues stated.

A huge part of JITC’s mission is the fight for education equity, and Massey believes it is about allowing “all students to have an equal education no matter where they’re coming from, no matter their background or any other identity that they hold.” Massey continued by stating, “School should be a place where they can receive a good education […] learn about the truth in the history of America and the history of the different identities that they […] where they don’t feel like a threat by the officers.” School should be a safe place, where everyone feels welcome.

Silva Rodrigues has similar views and agrees that the fight against systemic barriers needs to be realized and changed. Racial or ethnic backgrounds, religion, language barriers, disabilities, mental illness, gender identity as well as sexuality all need to be taken into account when creating a healthy campus climate, “ensuring that any student has the same amount of opportunities and all opportunities are promoted in the same way,” she detailed. Physical safety and accessibility to classroom materials are also things Silva Rodrigues believes are important in education for all.

As for the future of JITC, the Foothill Tech alumni hopes, “to have influenced curriculum to be more inclusive and not only in social science and English classes […] but also in science classes, arts classes–all of the disciplines to be including and representing BIPOC people and their history accurately–because I feel like those contributions are not currently being portrayed in an equitable or accurate way,” she commented.

Student diversity is a central focus of JITC, the hope being that students of all racial backgrounds feel capable and supported in taking leadership positions. Implicit bias training and implementing a growth mindset are important actions JITC wishes to take. This organization wants teachers and students alike to fight against their own biases “not having expulsions and suspensions, or at least decrease them, and not having a racial disparity or a socio-economic disparity in how they’re carried out,” Silva Rodrigues added. She hopes to put a “solid restorative justice plan in place” at the district. Overall, JITC is pushing for these goals to be met, standards evaluated and to meet students’ needs effectively and efficiently.

For people eager to unite with this worthy cause Massey offers many options. “We are really hoping students are excited about this that are currently in high school and want to get involved.” An interest form is available to submit contact info and set up a short meeting to get those who are interested caught up on the latest developments. Then, participants can choose which projects are most interesting to them.

A student experience survey is also available. “We have one more opportunity if they don’t necessarily want to get involved, but they are interested in what we’re doing and they want to contribute somehow, then we are collecting student experiences with regards to our six proposals, so we’re asking about how many books by BIPOC (black, indigenous, people of color) authors you have read, or what has been your experience in school with regard to the AP-CP or gay-non-gay culture,” she mentioned. The objective is to collect student opinions and to present them to the district and say, “this is how the student body feels.”

At the moment, JITC has, “introduced a board resolution to the district that we are trying to get added to the agenda of the next school board meeting,” stated Silva Rodrigues. “We have a partnership with @cause805 on their #therapistsnotcops campaign advocating for [Ventura Unified] to terminate their contract with VPD (Ventura Police Department) for SRO’s and instead use those funds to implement culturally competent mental health resources that are accessible to students.”

Silva Rodrigues dives into her past with Middle School Opportunity (MSO), saying, “when we (Massey and Silva Rodrigues) were in high school both of us mentored at MSO, which is a school located above Foothill’s campus dedicated to expelled middle school students. After talking to the alternative education director for the district, the program has now been planned to move to Pacific High School (PHS) beginning next year. We are in the process of potentially forming a partnership with MSO and PHS.”

The Ventura Unified branch of JITC, although new in its endeavors, is already achieving much in the way of social justice. They are living proof that with concrete goals, set plans and relentless pursuit, anything is possible.