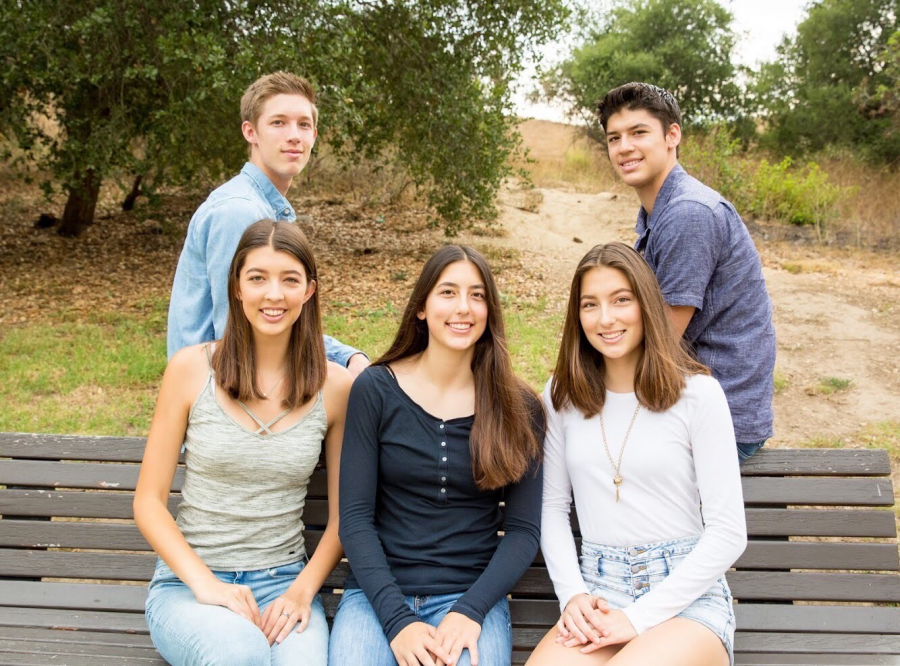 From Anderson Paak to Sebastian Bails, few Foothill Technology graduates have marked their claims to fame in the world. The Bova quintuplets, Abby, Emiline, Katie, Nate and Sam, seem to have added their names to the list of alumni to achieve stardom. The siblings graduated in 2019 and are all current sophomores in college, but are still well-known to most Foothill students for their athletic and academic accolades during their high school years.

On the afternoon of July 27, 2020, the siblings captured a series of excellent basketball shots from various vantage points in their backyard. Seeing as all five of them are former Foothill Dragon varsity basketball players, each of which who were essential to their teams’ success through the years, it’s no surprise that they were successful. However, the excitement was also in part attributed to the number of attempts (only two!) it took to nail the video.

Nate says, “we were all basically in shock, expecting it to take hours for us all to make one clip” and that they “were probably out there for a total of five minutes.”

Originally the video was posted by Emiline on TikTok, the popular viral video app garnering much attention in recent months. After it was posted to TikTok, it was Sam Bova’s twitter post that truly gained the attention of the rest of the world, accumulating nearly four million views. Various media outlets such as SportsCenter, ESPN, Good Morning America, the Today Show and ABC news were alerted to the miraculous trick-shot.

In the heat of the chaos, the siblings’ excitement is tangible. Nate reflects that he was “most excited about ESPN”, calling it a “huge accomplishment”.

These quintuplets have shown that Dragon spirit and athleticism lives on in Foothill graduates, even through a stressful pandemic.