The influence of social media: TikTok 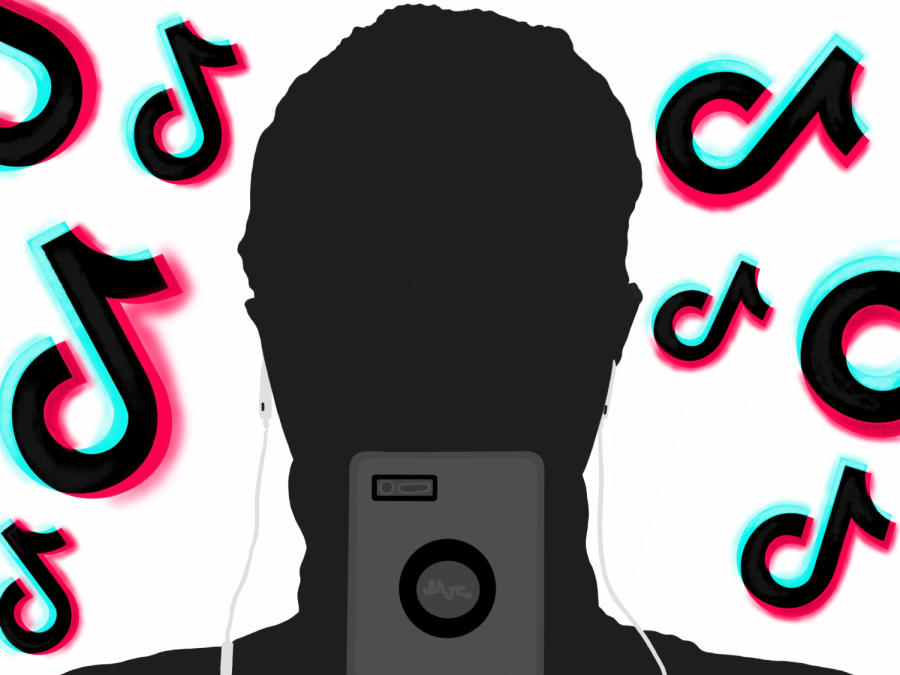 TikTok has had a major effect on how Gen Z is expressing themselves, but some users’ negative motives can cause the app to become a source of harsh criticism, and hatred, getting in the way of others’ ability to just have fun.

Social media is the hotspot for double edged content that anyone has access to. It seems that there is an overwhelming amount of hatred and animosity in this world and it is being displayed more often now than ever, which is having an immense effect on the youth generation.

A video-sharing app called TikTok created by the Chinese internet technology company ByteDance, has made a way for “Gen Z” to express themselves. This app gives individuals a voice on an easy outlet, the likes of which have not been seen before. The app allows people to create 3-60 second videos about whatever they choose, whether that be dancing, cooking, activism and everything in between.

In Aug. of 2018, an app formerly called Musical.ly was converted to TikTok by ByteDance and since then it was revamped into an app that has gained over 800 million active users. Even A-list celebrities such as Kylie Jenner, Selena Gomez, Jason Derulo and more indulge themselves on the app.

Not only did celebrities rush to join the whirlwind of users making videos, but the app also produced many creators that became well-known influencers overnight, like Charli D’Amelio, Addison Rae and Mitchell Crawford, using their talents, creativity and sometimes sheer luck. TikTok is unique in the way that videos can be seen. Eliciting opinions, whether good or bad, is much easier than on Instagram or Youtube.

This new form of video sharing created an accessible opportunity to let your name be known. It launched the term for users to become ‘TikTok famous’ but not everyone on the app uses it to gain popularity.

Karyme Fierros ‘22, an avid TikTok user, comments on the videos she makes, saying, “for the most part, they’re just me goofing around and speaking whatever it is that comes to my mind. They’re not serious in the slightest.”

Many users like Fierros make videos just to entertain with no goal of fame. Other users use the app from a more spectating perspective, like Kianna Flores ‘21, who says, ”I like seeing different videos: funny, artistic, couple videos, travel. It’s not just geared to one thing and you really personalize your FYP [For You Page] to make it your own.”

The app has been a common sanctuary to relieve boredom these past months, Fierros saying, “I’ve been really bored with quarantine and I don’t really have much to do other than school work so when I take breaks… I spend a good amount of time on it. It’s pretty embarrassing ‘cause sometimes when I have absolutely nothing to do, I can spend up to like nine hours on it.”

Shayn Murphy ‘21, another content creator, says, “I find TikTok to be very addicting tbh [to be honest]. I spend more time watching TikToks than I do making them.” The app has allowed teens to lose themselves in a rabbit hole of visual stimulation, which is an easy way to waste time.

The app is very common among teenagers and with its rise in popularity, negativity seems to be inevitable. With a comment section in every video, users are given the freedom and choice to say whatever they want, whether that be considerate, or harmful.

So what does this do to creators’ mental health? Cathy Nanalis ‘22, who has a substantial amount of followers on the app, says, “it’s a really harsh platform and a lot of hate and negativity is just flooding the comment sections of different creators and when you get hate it is really hard to deal with it. Sometimes one comment can bring your whole mood of the day down and it’s hard to handle.”

Many reviews on the Apple app store reference the damaging effects that TikTok has. One reviewer says, “I have been on this app more and more [and] I have noticed something, this app is getting really toxic. People bully others and have ‘cancel culture’… sending death threats and other terrible things.” Another reviewer says, “TikTok is the most used app but not everyone can use their platform for good.”

The idea of “cancel culture” is when a large majority of a creator’s followers decide to stop supporting said creator. This is usually enacted if a creator makes a politically incorrect reference, or mistakes of their past are discovered by the public and it is regularly done on TikTok. It is also common to body shame creators of all shapes and sizes, regardless of gender. Ridicule is regular and will show up just about everywhere, criticizing people for who they are and what they believe in.

TikTok is not only negative in a way where people can maliciously comment on your posts, but it is also frequently used to compare to others and to feed insecurities. Flores says, “you see beautiful people on the app all of the time and they are receiving so much hate and so I look at myself and sometimes think of all of my flaws that people would probably point out.”

These comments bring along the question of self-worth and value, but some creators are using the negativity on TikTok to shed light on different types of disorders and mental health issues. Some create videos to spread awareness of these types of situations and it brings a sense of hope that the app might turn to positivity. These types of videos can help the young generation feel confident in their circumstances and their lifestyles.

Although it seems that there is a destructive part of TikTok, it is important to not forget the positive, funny, relatable and heartwarming videos that caught all of our attention in the beginning. Luckily, those videos are still in existence, hopefully never to be eradicated.