The Foothill Dragon Press • May 3, 2020 • https://foothilldragonpress.org/271403/intersections/why-americans-love-cinco-de-mayo/ 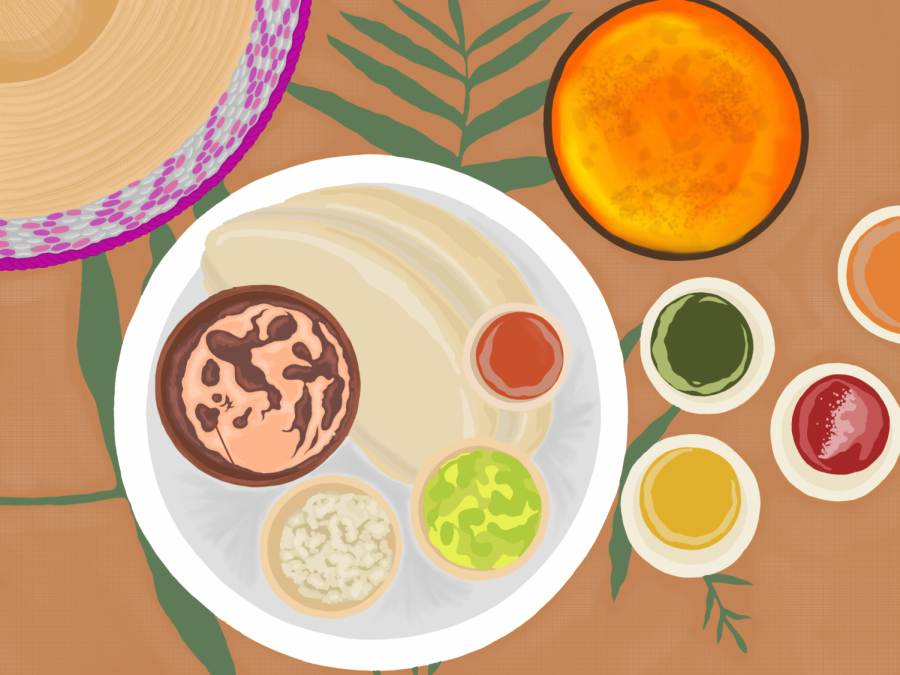 One of the many aspects celebrants look forward to when Cinco de Mayo rolls around is the delicious food that the holiday has to offer. However, it's not the only important part of the day.

Quick! Grab your sombreros, your ponchos and get the tacos ready, it’s Cinco de Mayo! Finally, an excuse to get tipsy off strawberry margaritas with your friends, turn up the mariachi music and eat chips and guacamole all night long.

A survey of 1,000 Americans revealed that only 10% know the history and significance behind Cinco de Mayo, which makes the vast scale in which it is celebrated in the United States interesting to say the least.

Contrary to popular belief, Cinco de Mayo commemorates the Battle of Puebla, not Mexico’s independence day, which is on Sept. 16. In the context of Mexico’s long and weary history, the Battle of Puebla has been viewed as a relatively minor event, with most of the major celebrations taking place in the very city of Puebla. In America, however, its legacy has been widely celebrated almost a century and a half later; where exactly does this vast fascination come from?

During the Battle of Puebla Mexican troops were outnumbered two to one, “with an army of just 4,000 men, [yet] trounced the French army of 8,000,” Mexico was met with international respect. Also during 1862, America was engaged in its Civil War, and the Battle of Puebla proved to be a strategic benefit for the Union army as if the French were not distracted by Mexican troops, their presence near the southern border could have potentially turned the tide of the war in favor of the Conferderate soldiers. Although not definitive by any means, Mexican victory in the Battle of Puebla was successful in keeping the French at bay as the Union army continued to advance across the South, eventually marking a turning point of the Civil War.

As a way to show Mexican and American solidarity, the first Cinco de Mayo was celebrated in the United States in 1863, the beginning of a nationwide tradition. Although in the first century after its occurrence very few people in the United States celebrated Cinco de Mayo, its reputation has grown ever since. Its importance as a national holiday was popularized in California with the growing Chicano movement in the 1960’s. Decades passed, and Cinco de Mayo developed into an opportunity to “celebrate Mexican identity, promote ethnic consciousness, and build community solidarity,” particularly for the millions of Mexican-Americans who finally had a day in which they could embrace both of their identities at the same time.

As these celebrations grew exponentially, various companies began to view Cinco de Mayo as an increasingly marketable event in which they could advertise their products— e.g. Party City, Corona, Taco Bell and many more. Most commercials regarding the event advertise for the consumption of alcohol, and the celebration quickly began appealing to those with no Mexican heritage as a chance to drink and have fun. Brands exploited the boom in participation by producing “piñatas, Mexican flag paraphernalia, sombreros and costumes that can veer towards the offensive.”

Modern renditions of Cinco de Mayo have certainly shifted in terms of how many individuals celebrate. However, the history of the event should not be lost behind a mask of booze and tortilla chips. It’s important to remember where this celebration originated from, the lives that were lost and how the world was impacted by its accomplishments. With varying degrees of cultural appropriation clouding the symbolism of many events, realizing that respect for any holiday and its traditional significance is vital in order to truly honor its purpose, and the background of Mexican and American solidarity should always be at the forefront of an American Cinco de Mayo fiesta.