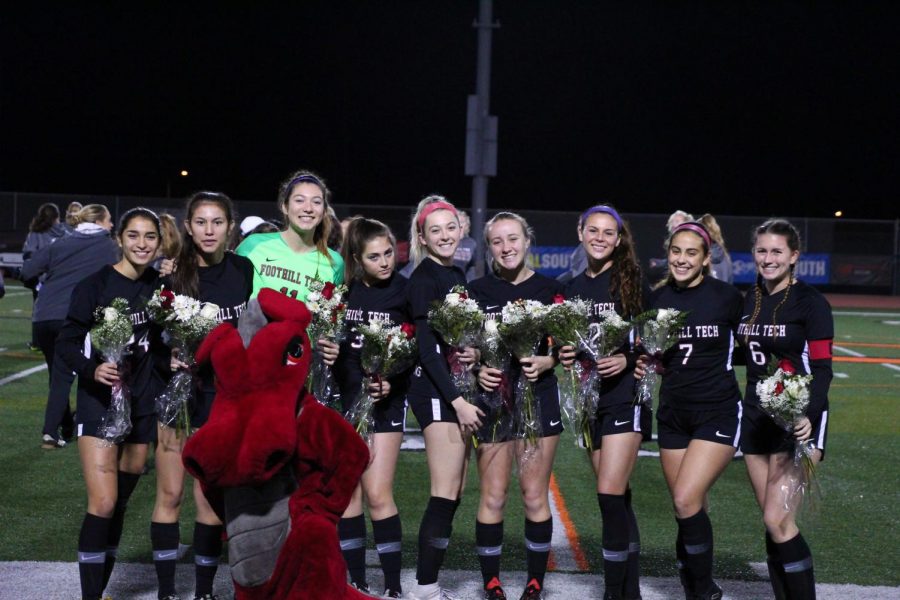 The senior girls pose on senior night, their last home game before CIF.

Saturday, Feb. 15 was a difficult loss for the Foothill Dragons’ girls’ soccer team. They played at Patriot High School in the second round of CIF playoffs, and lost 0-1 in a chaotic overtime. The Warriors pressed forward all game with their very quick forwards who broke the Dragons’ defensive line by splitting the center backs. Foothill received numerous goal opportunities toward the end of the 80 minutes, but all of their shots were just shy of a goal. The Warriors earned a corner kick at the beginning of the ten minute overtime, which hit the Dragons’ goalie, but unfortunately for Foothill, Patriot rebounded the ball back in for a golden goal, sealing their CIF spot. The Dragons ended their season at 14-7-4, and the Warriors will advance to the quarterfinals.