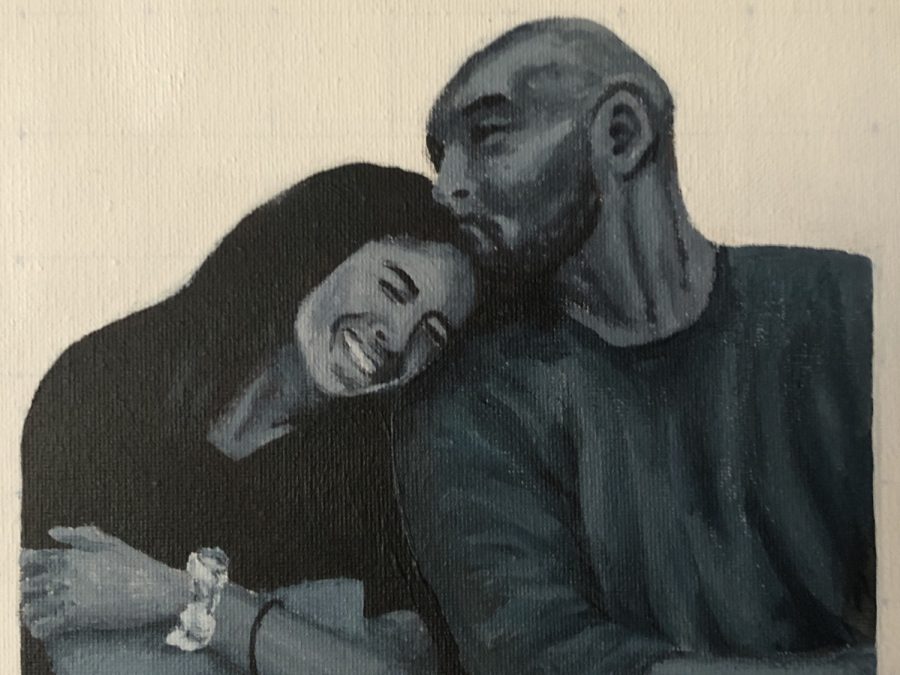 The loss of Kobe Bryant and his daughter Gianna Bryant has made an astounding impact on not just Los Angeles, but across America.

Legends aren’t made in six minutes and 22 seconds. That was the playing time Kobe Bryant received in his debut National Basketball Association (NBA) game, playing as a Los Angeles Laker against the Minnesota Timberwolves. In six minutes 18-year-old Bryant couldn’t get a single point on the scoreboard, and nobody was anticipating the legacy that he would lead in his career.

Bryant will be forever known as one of the greatest ballplayers of all time, but his ‘Mamba Mentality’ work ethic is one example of his unforgettable legacy that resonates with an entire generation of young athletes who have grown up hearing about and watching him play.
“Mamba Mentality isn’t about seeking a result. It’s about the journey and the approach. It’s a way of life,” Bryant said.
Besides acting as a role model for young basketball players, he inspired athletes in all sports, and the general public alike.

“The things he did outside of basketball,” mentions Brian Holloway ‘21, a varsity Dragon boys’ basketball player, such as making “an impact on the community too.” Bryant was bigger than basketball, from his mentality, to his work ethic, to his ability to inspire.

Reese Widerburg ‘23, a starting player on the junior varsity Dragon boys’ basketball team, says, “he [Bryant] is really the reason I wanted to play basketball in the first place.” Bryant was an influential icon to many basketball players who grew up watching the NBA and wanted to improve their game.

The question may surface asking why Bryant is any different to the other greats such as Michael Jordan, Magic Johnson, or Shaquille O’Neal. But it wasn’t just the basketball junkies who knew the name of the legend. The name Kobe Bryant is a household name to anyone who has thrown a paper ball into a trashcan. He became a symbol for the game. You didn’t have to know any team in the NBA to know who Kobe Bryant was.

“Even if you don’t play basketball, people know,” says Widerburg, “he just had so much impact on the world just by what he’s done.”

For players, he changed the game, and people wanted to play embody his skill level. His career highs were inspiring, such as scoring 81 points in a single game, or gaining recognition as the NBA’s most valuable player in 2008, or being selected to be on the All-NBA team 11 times.

For non-players, he was a trademark for an athlete that put their all into their sport.

After his retirement from the NBA, Bryant never stopped inspiring. “Kobe Bryant is retired and no one really can tell, he gives back to the community,” says Foothill Technology High School teacher Anthony Unchangco. He started the Mamba Sports Foundation [MSF] in 2018 as an athletic outlet for young sports players and to “provide funding for underserved athletes that enable participation in school or league sports.”

There are a lot of things that will remain a permanent staple into his reputation. “His work ethic and his passion and his desire to become better, and to make others around him become better,” comments Unchangco.

Bigger than work ethic, Bryant will always be known as a family man, a father of four daughters who he raised with the same mentality and hard-working mindset. He was an advocate for female empowerment and encouraged his daughters to be good people and to aim high in life.

The death of Kobe Bryant sparked international heartbreak and sorrow as the world mourned for Bryant, his daughter Gianna and the seven other victims of the crashed helicopter on Jan. 26. It wasn’t long before murals were painted, memorials were made and symbolic shot-clock violations were taken.

“It’s just a shock,” says Unchangco regarding his death, “I have friends that were at the Mamba Academy the day before, and saw him.” The suddenness of the tragedy makes it infinitely more difficult to believe.

He may be gone, but he will never be forgotten, and the impact of his words and actions will be forever an influence on future generations of athletes.