Opinion: Hang the DJ if you like, but please, not at the expense of everyone else. 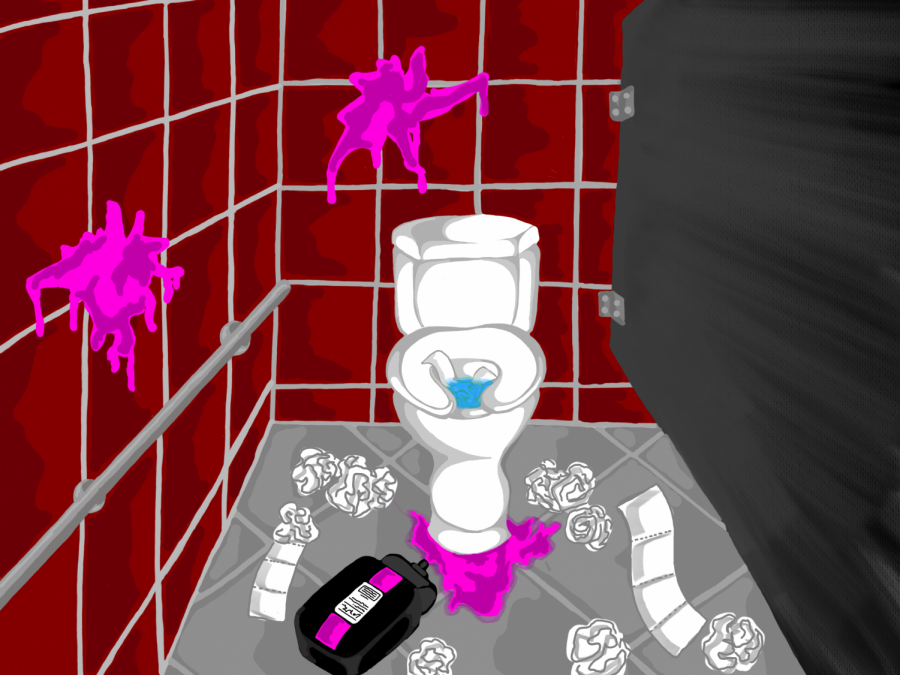 Recent vandalism in the boys' bathroom could be considered a fruitless act of rebellion.

Rebellion can be a good thing that encourages and compels a change in the people or things being protested or rebelled against. However, rebellion is no longer rebellion when it has the possibility of causing harm to people without any greater purpose. If the rebellion is being done for a purpose larger than itself, it is justified, at least somewhat.

The vandalism to the boys bathrooms happening at Foothill right now can not be justified because it accomplishes and protests nothing: soap has been taken out of the dispensers, urinal dividers ripped from the wall, toilet paper holders kicked off the wall, entire paper towel rolls been taken out of the dispenser and stuffed into the toilet and part of soap dispensers torn from their base. None of this does anything, none of this accomplishes anything. Except of course, cause sickness to spread rampantly and prevent boys from using the restroom when they need to. At the moment, only one boys bathroom is open, and only one person is let into said bathroom at a time. This is extremely annoying and inconveniencing as I know personally because there is always a line to get into the one restroom.

Because it cannot be defended as accomplishing anything, the only other reason that they are doing it is for the satisfaction of destroying things. And what would give someone seeking satisfaction for their misbehavior: announcing to the entire school to not do what they’re doing. In the school announcements, they said to keep the soap in the soap dispensers, which is quite possibly the absolute worst thing to do in that situation. This only gave the person or persons more satisfaction for their actions and encouraged their behavior by proving to them that they could get the attention that they desire if they were persistent. Now after that announcement telling people to keep the soap in its dispenser, the problem has only gotten worse and worse.

And yes, there is, of course, the chance that the problem and behavior would‘ve continued without that day’s announcements, but either way, the administration has to make the best decision about the whole situation and realize that an announcement telling people to stop taking the soap out of the bathrooms has no possibility of making things better and only worsening the situation.