The vivid world of Riccardo Spizzamiglio 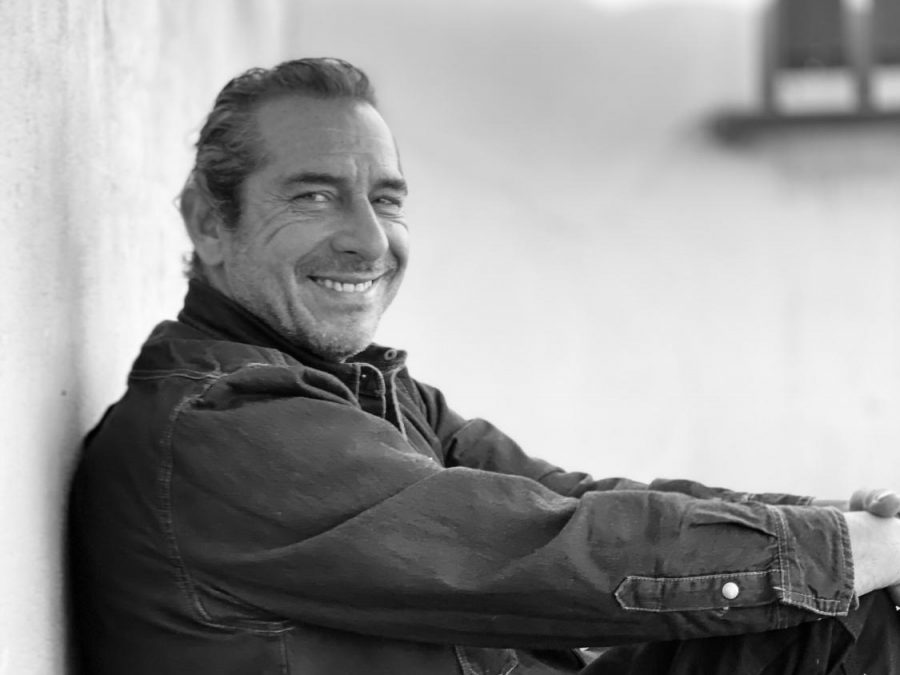 Ricardo Spizzamiglio, a risk-taker who chose to follow his passion of art / Credit: Kimberly Nelson

When traveling through Cambria, California, one might find a whimsical, steep-roofed building gorgeously accented with iron and filled to the brim with masterfully done paintings and sculptures. Riccardo Spizzamiglio, the owner of this gallery building, is a local artist in the cozy beach town of Cambria with a colorful, inspiring past. Of Spanish-Italian descent, Spizzamiglio was born in San Francisco, but raised in South America. With a passion for the arts and an appreciation for different cultures, Spizzamiglio’s creations make any passerby look twice.

30 years ago Spizzamiglio revealed that he “bowed to the arts.” Working as a waiter by day and an artist by night, he finally had enough. It was an exhausting and unrewarding lifestyle. On New Year’s Eve, Spizzamiglio made a decision that would change his life forevermore: he would make his dream a reality and become a full-time artist.

Spizzamiglio left his old life behind and became an assistant to a contractor, and learned how to use a variety of tools. With renewed fervor, he began creating sculptures for restaurants. “The career of an artist is not just a job that you punch in and you get checked for. It’s a job basically that you have to use your mind constantly, day and night,” said Spizzamiglio.

For the next twenty years, Spizzamiglio worked as a freelance artist, sculpting marvelous plaster creations for different eateries. However, feelings of dissatisfaction came creeping once again. “As restaurants, they’re businesses that, to make a profit, they come and go,” explained Spizzamiglio. Many times his work would be covered up or discarded as the years went by and businesses changed location. Not only did he feel his work wasn’t appreciated, but he was never given credit for his work. His name was rarely associated with the pieces he created, instead, the business the work was commissioned for would take credit.

Now Spizzamiglio creates pieces of his choosing and sells them to people who come by his gallery. Buyers who come into the gallery and pick a piece of their choosing tend to cherish it more. “Don’t make your art so it could be sold. Make your art because it’s yours and then there will be somebody out there who’s going to want it,” advised Spizzamiglio.

Buying supplies, working on pieces and maintaining his gallery occupy much of Spizzamiglio’s time. When he needs to refresh taking a drive up the coast is his plan A. He also enjoys relaxing at parks and conversing with all manner of people. Learning from different perspectives is a great way to gain inspiration and one that Spizzamiglio takes full advantage of, always eager to listen to others.

Music inspires Spizzamiglio’s art as well. “When you listen to, let’s say, a classical piece it can take you, it starts off soft and then it builds up to a crescendo, and then it softens up.”

“I’ll follow that rhythm of that music and I just pretend I’m playing that music, but instead of playing it through an instrument, I will play it through clay or through a pencil and paper, or through a brush and a canvas,” said Spizzamiglio.

Following your own unique path is a crucial part of becoming an artist and growing up in general, and when it comes down to it, originality is key to making any career prosper. Spizzamiglio believes, “art is in music and in science, just about everything we do initially started from an artist’s mind.”

The arts are normally considered important only for their charm, but it’s so much more than that. “When something is made from your hands, and with emotion and thought and love or hate, people can feel it.” “It reflects what they haven’t been able to verbalize,” explains Spizzamiglio. Art isn’t just something to admire, it connects us to ourselves and the people around us.

Spizzamiglio is a classic artist, his mediums mainly being metals, plaster and paint. In our modern society, however, many new forms of art have surfaced: 3D printing, digital animation, and laser cutting, to name a few. Yet, as enchanting as these new art forms may seem, they can’t compare to the art of the past. “Not to let go of art, because our society thinks that we can make it with a computer, or we could download it or sculpt it with a 3D, there’s nothing like the touch of the human hand,” said Spizzamiglio. He isn’t against modern devices, “technology is great, it’s great to use as a tool, but it shouldn’t be the end-all of everything. It should just be another tool in the toolbox,” clarified Spizzamiglio.

“With the arts, I feel that primarily you have to be your own teacher, you have to be your own muse, you have to really go inside of your emotions and your mind to decide what it is that you want to achieve with that work of art, what kind of emotions do you want to evoke? What kind of thoughts do you want to give the platform for people to think about?” said Spizzamiglio. Not everyone has the resources to learn how to sketch or sculpt, so being able to rely on your own initiative and ability to learn is imperative. Anyone can learn anything if they put their mind to it!

“Don’t let the opinion of others stray you away from what you feel strongly about,” said Spizzamiglio with quiet passion. Experimentation and originality are the backbones of artistry. “Look at the art as a big ocean, and whatever you do to get to the ocean they’re like little rivers and you know, if you look at the world, all rivers at some point lead to the ocean. So my point in that is if you’re inspired or motivated to do sketches, do sketches. And do them and love it, and then at some point, you’ll probably get motivated to add some paint to it, so that changes your art, and then at some point, you get motivated to go on the river of sculpting, so that changes. So don’t think just because you want to be an artist that you’re only going to do one thing,” described Spizzamiglio.

The life of an artist can be demanding and laborious. “You know it’s hard work, it’s constant, doesn’t really take a vacation from it,” said Spizzamiglio. Many take art for granted and don’t realize how much time and energy is put into every brushstroke and every flourish of the pencil.

There are so many different aspects of the art industry, and it can be easy to lose one’s way. But every storm has a silver lining, some beacon that when followed, leads to clear skies. Spizzamiglio encourages students to “get off the phone, get off from using the apps, and actually go and find a piece of art, instead of looking through an app on the phone, and be next to it, feel it, see it, go around it. Look at real art, go and touch the world,” advised Spizzamiglio.

“The youth is our future, so if we encourage you, if we show you where we have gone right and where we have gone wrong, you’ll have better parameters as to see what choices you may take and what’s available,” expressed Spizzamiglio.

Being an artist is about expressing yourself, not creating pieces to please the masses. “Even in between dream state, it’s a job that you wake up and your thinking about, it’s a job when you’re feeling emotional you’re feeling those emotions and then you put it into words or music or a painting or a sketch or a sculptor or a design,” stated Spizzamiglio.

“The beauty of being an artist is that you’re mind is always accepting a new challenge,” stated Spizzamiglio fervently. Through all its difficulties, choosing art as a career path can be incredibly rewarding. Art can change people’s lives. “I’d like it to revisit their emotions, I would like it for my art to be an expression of how they feel,” said Spizzamiglio. An artist’s greatest desire is to create art that evokes emotion. Despair, joy, contentment, awe, entrancement; if an artist can transcend the boundaries of canvas and paint and change the heart of a stranger, then their quest is complete. But remember, an artist’s journey never really ends, for the paintbrush never stops calling “use me!”