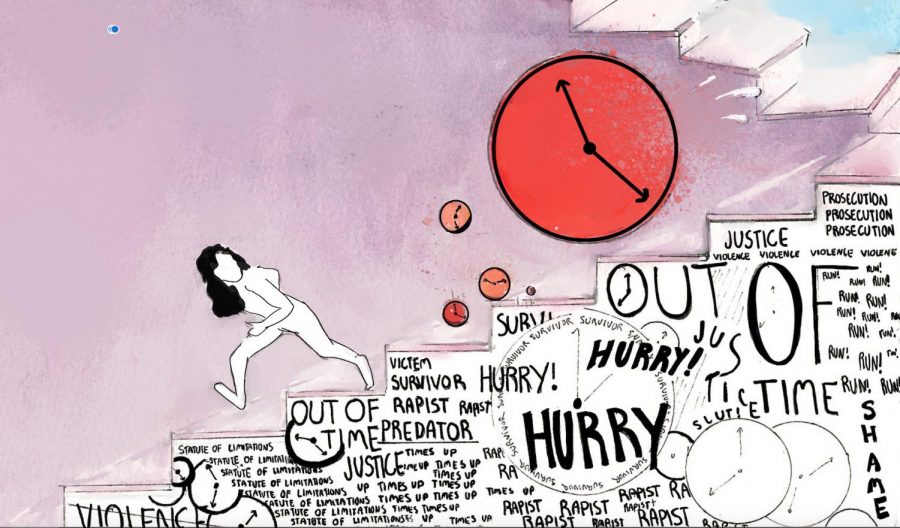 Because of the statute of limitations regarding sexual assault charges, victims are forced into reporting an incident before they are ready.

On average, 433,648 Americans are sexually assaulted every year. A victim coming forward about sexual violence they have suffered should not have a time limit.

“One of my biggest concerns is the statute of limitations,” survivor Brad Simpson said. “If you are sexually assaulted, it can take 35 years to get the courage to talk about it!”

Below are different statutes of limitations for every state.

Due to the explosive amount of #MeToo accounts, the number of offenders that society does not hold accountable for sexual violence have come into public view. The catalyst of these accounts was the reporting on Harvey Weinstein, the now-former movie producer accused of sexual violence by over eighty women.

Since this information has come out against Weinstein, hundreds of men and women have come forward accusing people in power of sexual violence. Weinstein is currently going to trial in both New York state and California.

A lot of these accounts are decades old, and authorities may not prosecute the perpetrators. When public figures get away with sexual violence, it creates a precedent that if a victim does report a crime, there will be no prosecution. This precedent allows perpetrators to feel safe and continue their behavior and attacks. While this precedent is in effect, victims rarely receive justice.

Even if a victim does report a crime within the time set by the statute, if the perpetrator is unknown or unfound their valor can go to waste.

When police finally arrested the alleged Golden State Killer in April 2018, he had committed 13 murders, over 50 rapes and 100 burglaries in California during the 1970s and 1980s. Alleged Golden State Killer Joseph De Angelo will spend the rest of his life in jail due to murder charges (which have no statute of limitations). But the rape charges against Angelo won’t stay, because the statute of limitation for rape in California is only ten years regarding crimes committed before Jan. 1, 2017. The rapes De Angelo allegedly committed were decades before 2017, yet authorities may not prosecute him for them. A lot of victims bravely told their stories involving De Angelo, and that courage will be put to waste.

“People sometimes ask, if it really happened why didn’t you share earlier? They can’t understand why you wouldn’t talk about it—the shame and guilt that goes with it,” said survivor Brad Simpson.

This is not a disconnected issue; people in and out of our lives are victims of sexual violence. Everyone should take this issue personally.

When authorities disregard victim’s stories like this, it creates a culture of silence. It gives the message to other victims that if they do come forward, people will ignore their stories. It also gives the message to other victims that the anguish of coming forward is not worth it. If there were no statutes of limitations for sex crimes, there would not be added pressure on victims to come forward with their story before they are ready. Society must not allow perpetrators of sexual violence to evade punishment. State governments need to appeal statutes of limitations for sexual violence crimes.

Survivors and victims deserve justice. They deserve to be free from a ticking clock on their courage.