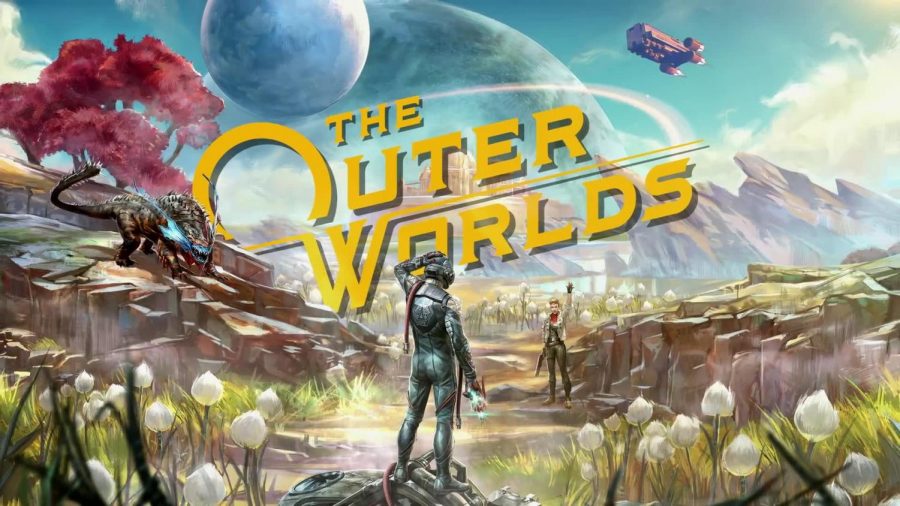 Outer Worlds is an action role-playing game brought to you by the same studio that made Fallout: New Vegas, the one and only Obsidian Entertainment. When I played New Vegas as a kid I knew there was something special about it, so I knew what to expect when it came to Obsidian. Although much of the game was familiar to me, believe me, I was not let down. Let’s jump into the story of Outer Worlds.

The story really pulls you in as the player and makes you feel like you’re a part of the game, like you’re the hero. As the hero you are one of the colonists from a society on earth that wants to explore the stars, so you’re sent out on a gargantuan ship called the Hope, full of the Earth’s greatest minds. The story baseline is pretty generic for the genre I’d say, a hero is woken up out of cryosleep and has to go save the universe. There’s not a lot of bad I can speak of the story: you’re saving the universe with a mad scientist, what could go wrong?

I played the game over twice, just to flesh out my final feel, and it does not disappoint. The gunplay is pretty well-polished, it was smooth and overall flowed well. However I only really have one complaint, the gameplay is admittedly a little floaty. The same can be said about the movement, but overall both of these aspects hold up well throughout the game. The gameplay experience as a whole is a different story. It feels almost flawless. There are almost no lulls and slow points, the game is well-paced and always keeps you pulled in. At no point throughout the game did I ever feel bored, which is hard to pull off for game studios. Most games have their low points where I struggle to maintain the drive to keep playing. Outer Worlds, however, was the polar opposite; I was always entertained.

The game overall has a very cool aesthetic, it can get crazy towards the climax but I feel it pulls off something many cannot: a story that many people gravitated toward. Reading the reviews on the Xbox store was a real eye-opener. Many of the reviewers loved the game; people loved the way it felt, the story and the pace of the game. I feel I go along with this flow of good reviews, I can’t find a lot of bad in this game and I think Outer Worlds deserves all of the love it is getting. It’s evident that the big game sites feel the same, Metacritic gave it a 86% and IGN gave it an 8.5/10. It was even given four nominations at The Game Awards.

In closing, I feel that the game has so many intriguing features about it, with the tiniest errors laying around, so in the end, I think it deserves the high praise it is receiving. My final rating on this fantastic game would have to be a nine-point-five out of ten. This game to me is nearly perfect and I think everyone should give it a try.