Knives Out: A Killer Whodunit 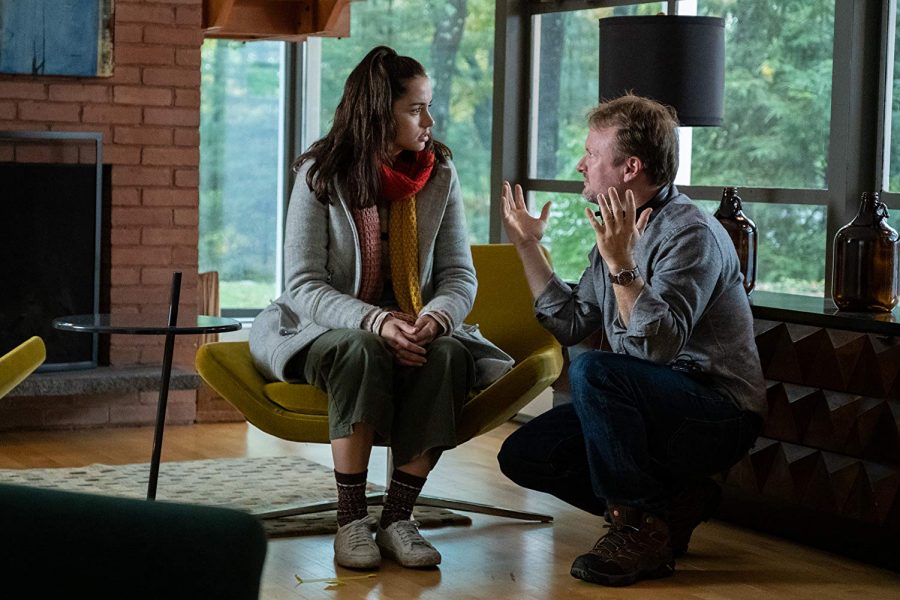 If you want to see an exciting, exhilarating and mystifying movie this holidays Knives Out is the movie for you. Knives Out, directed by Rian Johnson, is a classic whodunit film, but not your mediocre mystery where the perpetrator is predicted just from watching the commercial.

Knives Out is centered around the unexpected death of distinguished and considerably wealthy mystery writer, Harlan Thrombey. Originally marked a suicide after the death, detective Benoit Blanc receives an envelope filled with cash, being hired anonymously by someone suspecting foul play in the mysterious death. Benoit Blanc will go through every single minuscule detail of the night before, which just so happens to be Harlan Thrombey’s 85th birthday party. He even receives the help of Thrombey’s nurse; Marta Cabrera who knows the families misfortunes and can only tell the truth, because she vomits if a lie slips.

Soon the immediate families secrets concerning them and especially concerning Harlan Thrombey have come out from the shadows. It shows that the close knit community surrounding Thrombey may not have been as flawless as they were portrayed to the world.

Knives Out really surprised me while I was watching it. I thought it would be very predictable and just a basic whodunit that would be average or even a bore. But Knives Out is a really remarkable film that I would highly recommend to watch.

The plot was incredibly interesting with numerous twists and turns spread throughout the film, without getting too confusing or complicated. The movie itself was original in all categories and was never predictable or dull. Even if you thought you knew what was happening, a twist would throw it off immediately. I found myself at the edge of my seat wondering what would happen next or if my suspicions were right (they were almost always wrong). The writing was phenomenal, and while watching Knives Out, it felt like it was a real life event. Even the setting of the film gave a cold and ominous vibe, which helped project the tone and feeling of unsettlement for the audience to feel.

The acting really knocked the film out of the park and made the writing shine. Each actress and actor played the role on point with their character which really is what made the movie so extraordinary. A few stand out actors was Ana de Armas who played Harlan Thrombey’s nurse Marta Cabrera, Jamie Lee Curtis as Linda Drysdale who was Thrombey’s heartbroken but also wealthy daughter. Daniel Craig, who played Detective Benoit Blanc, blew me away. Craig was amazing and kept the movie flowing and being subtle but crucial to the building of the plot. All the actors played their roles perfectly and not one stuck out in a bad or even ordinary way.

The general audience that saw Knives Out also greatly enjoyed the movie and felt the same way I did. With Rotten Tomatoes rating of 97% and IMBd giving it a 8.1/10, critics seems to enjoy it too. Also grossing around $77.1 million worldwide, making this film a box office knockout.

I would highly recommend Knives Out if you love an unpredictable mystery, or just a great intriguing movie for you and your friends to watch. I will definitely be watching this movie on repeat for a while.