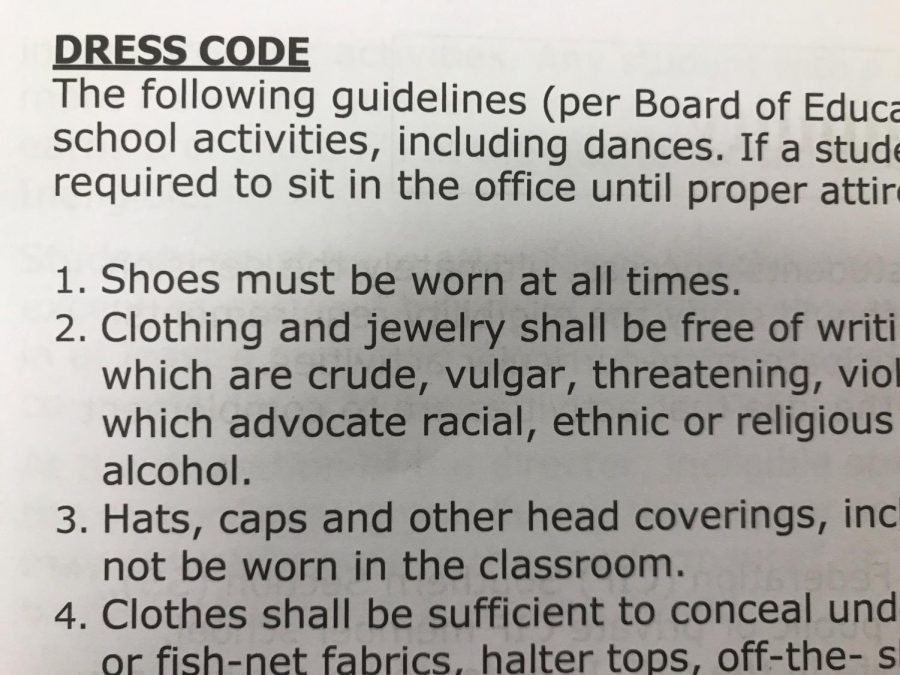 In her presentation updating the Ventura Unified School District (VUSD) on Foothill at the most recent school board meeting held on Nov. 12, Associated Student Body (ASB) President Hayden Hickerson ‘20, brought up the revisal of a new Foothill dress code.

The need to reform the dress code was brought to the surface a few weeks ago after an announcement from administration. This issue was then re-evaluated in a meeting with the Ethnic Studies class.

During the recent school board meeting, the ASB cabinet and administration discussed certain parts of the dress code that should be removed, including terms aligning with gender affiliation or gender connotations. Vice Principal Katie Tedford says an example of this would be “specific articles of clothing that are more frequently affiliated with one gender than another.”

Tedford says one of the problems faced is that “the dress code we drafted goes against the board policy, and the way that policy is written, school policy can not supersede district policy, there is a hierarchy.”

The revised dress code will be officially published in the student planners, which means it will not be available until next fall.

Tedford voices that she’s glad the dress code is getting revised and looked at, and emphasizes that “I don’t know if anything’s ever final,” in regard to the ever-changing dress code.

“A lot of things don’t change until there’s a reason to change them,” Tedford says, “or attention to revisit them.”