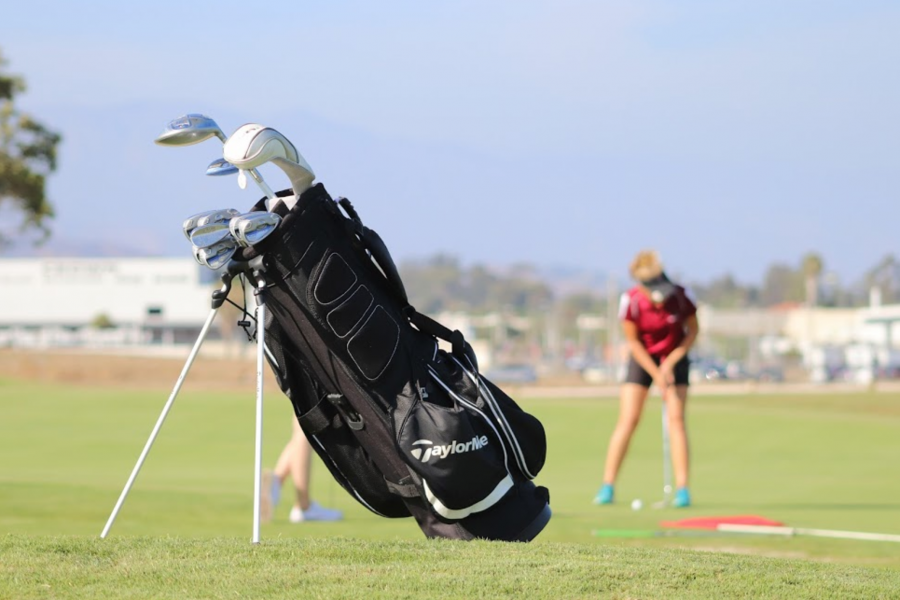 “The season was a bit of a roller coaster, from dealing with a new coaching style to having my best scoring average ever, we had our ups and downs but I’m really glad we all played and had this time together, I’m really going to miss this team it’s been an incredible four years,” Hart said.

Wayne Powers proudly ended his first year of coaching the team and recognizes the girls for their ability to maintain a level head.

“Five of the top six spots in the whole league were our kids,” Powers said.

“Having a new coach our senior year was a bit of a reality switch, and it definitely didn’t come without adjustments and frustrations, but I think in the end we were able to make the most of it and keep our solid team chemistry going which allowed us to pull our fourth consecutive undefeated season,” Hart said.

Powers says that while everyone has contributed their hard work and commitment, Anahi Nuno ‘20 has been the most improved on the team and she has worked very hard throughout the season.

“Anahi kept working on her game and I think she’s made a lot of progress,” Powers said.

Powers has high expectations for the Dragons as they move on to CIF, their first match of CIF is on Oct. 28 at Los Robles Greens.