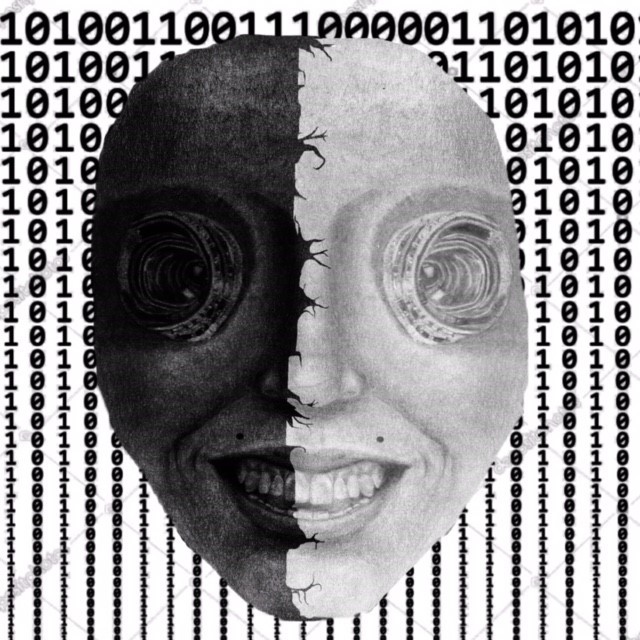 As technology becomes more intertwined with our daily lives, the methodology big tech companies employ to collect data on us has become more ingenious, more alarming, and sometimes downright stalkerish

You’re scrolling through your Instagram feed, and your eyes settle on a large, abrasive ad in the middle of your screen. As you scan the ad, your skin starts to tingle as you register what you’re seeing.

Under any other circumstances, coming across an ad for Barkthins Dark Chocolate Pretzels wouldn’t be alarming and probably wouldn’t capture your attention for more than a couple of seconds. However, such an ad feels a little less benign when you realize that you had a conversation about the product with your friend a couple of days ago, mentioning the name “Barkthins” aloud multiple times. Creepy.

It crosses your mind—your phone must be listening to you. You didn’t search for Barkthins on Google and you didn’t “like” the Barkthins Facebook page, so how did a targeted ad for Barkthins just pop up on your Instagram feed?

Undeniably, the malevolent tech gods (Apple and Facebook among others) have hijacked your cellphone’s microphone to listen in on your private conversations and pluck out any verbal mentions of a product in order to bombard you with hyper-accurate ads.

This, of course, is just a conspiracy theory, as both Apple and Facebook have vehemently denied any allegations of sharing user’s microphone data with any third parties for advertising purposes.

Although it’s unlikely that big tech companies would intrude on user’s privacy in such a blatantly Orwellian manner, many of us still feel that our omnipresent little mobile devices could be listening in on our private conversations. If you ask almost anyone you know, chances are they’ve also had experiences with ads that are a little too accurate for comfort.

It’s quite amusing how we as consumers of tech balk at the thought of our phones being used to eavesdrop on us to make targeted ads, when in fact many tech/advertising companies have employed much more nefarious methods of collecting user data that are perfectly legal and equally as intrusive.

The term “geotargeting” refers to the practice of utilizing geofencing technology paired with the usage of data about a target audience’s interests, demographics or habits. This is a common advertising method used to target potential customers/supporters in a certain geographic proximity.

For example, a company/individual that wants publicity can pay a company, for example, Fliphound, to advertise their product or cause on a billboard and set up geo-fence around it. Anyone who drives into the radius of the billboard and is of a certain demographic (age, gender, political association) could receive an ad for the product or service that was advertised on the billboard. Sound intrusive yet?

As technology becomes more intertwined with our daily lives, the methodology big tech companies employ to collect data on us has become more ingenious, more alarming, and sometimes downright stalkerish. According to an article by The Washington Post, Google has recently confirmed that through a partnership with an undisclosed company, they’ve acquired access to the records of 70% of all the credit/debit card transactions in the United States.

They can then use these detailed purchase summaries to determine if the targeted ads on an individual’s device were effective. It’s one thing to deal with creepy ads, but it’s a whole other beast to have your real-life purchases surveilled for advertising purposes without your consent.

In the era before the widespread popularization of the internet, no one could possibly have foreseen a future where the price of accessing the free web is sacrificing your right to digital privacy and any semblance of anonymity.

It’s unsurprising that millions of internet users around the world have sought anonymity through software such as Tor browsers that can allow users to evade censorship, avoid web advertising and keep internet searches basically anonymized.

Growing up in a time where user data is a currency, the lack of transparency and communication in the tech world is appalling. The Facebook- Cambridge Analytica scandal in 2018, fortunately, sparked a movement to hold several large tech companies more accountable for how they share and collect data, but we still have a long way to go.

With recent talks about dissolving several of the largest technology empires today, it’s important to consider the detrimental effects of the current monopolization of the internet. Facebook—that also owns Instagram and WhatsApp— has been allowed to set the standard for user privacy, and quite frankly has been able to get away with far too much.

So when do we draw the line and start using good ol’ Internet Explorer again? Answer is loading…