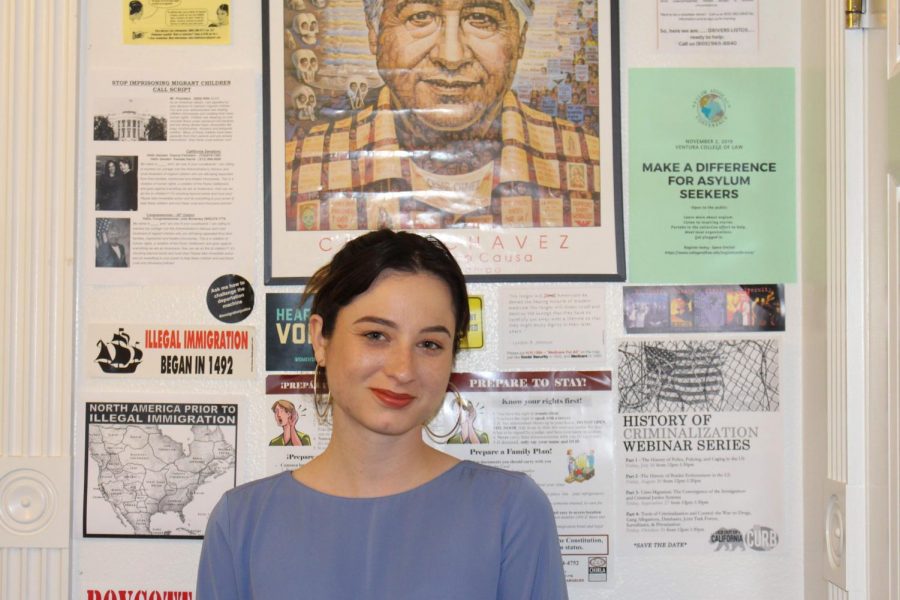 From a young age, Michelle Carballo, a 20-year-old student at CSU Northridge has been passionate about assisting immigrants. Being that her mother is from Argentina and her father is from Mexico, she understands what it is like to be influenced by different cultures while growing up in the United States.

Carballo, working with the Law Office of Vanessa Frank, is planning an Asylum Advocacy Conference to educate attorneys and community members alike on immigrant advocacy and rights. This conference will take place on Nov. 2 at the Ventura College of law.

The conference is scheduled to have “two running nuts-and-bolts sessions” to breakdown “what asylum really is.” Ultimately the goal is to create awareness and educate the attendees. One session is geared toward attorneys, of all fields, with the hope that it will inspire them to take on “pro bono” cases. Many Asylum seekers immigrate with little to no money, “so how are they expected to have an attorney, a paid attorney,” Carballo explains.

The second session, for community members, consists of a series of  “past Asylees” sharing their stories of seeking asylum in America. Carballo believes the stories will touch the hearts of the community members, hopefully giving them “a new perspective […] aside from just hearing it on the news and quickly forgetting about it.”

There will also be a keynote panel with four accomplished attorneys and community leaders: Bruce Einhorn, Judy London, Marina Marroquin and Vanessa Frank. “I’m starstruck with everything they’ve done, so it’s great to have them out here,” Carballo says.

Given the scale of the conference, it is hard to believe that it was all planned with a $0 budget; everything was made possible by a vast range of donors, such as The Ventura College of Law and even a local panaderia. Shown by the donors, the purpose of the event has touched the hearts of various local organizations and individuals who support asylum advocacy.

However, it is difficult to find a person with more zeal for asylum advocacy than Carballo herself.

“Knowing the struggles that immigrants face in this country since I was little, and seeing the differences between someone who is an immigrant and those who have been born here and had several generations born in this country, it is a huge difference,” said Carballo.

She will bring this passion for advocating for immigrant rights to the Asylum Advocacy Conference where she will help with the sessions. According to the event website, it will consist of “asylum-related issues and connect attorneys, students, and community members with opportunities for practical engagement.” In addition, the film “Saint Judy” will be shown about the real-life Judy Wood, in her first victory in the 9th Circuit gaining asylum for an Afghan woman persecuted for educating girls.

Carballo has also been working as a paralegal at The Law Office of Vanessa Frank where she focuses on assisting undocumented immigrants to gain their legal status in the United States.

She dates her interest to her youth and background, “growing up I wanted to help that community, especially undocumented immigrants who don’t have a voice here mainly because they are afraid of speaking out,” she said. “Me being able to be the voice they may not have at this moment is really powerful.”

Carballo’s hope is to turn her passion into a career as an immigration attorney. She is currently applying to law school. For now, she, and the rest of the law office are also focused on making the Asylum Advocacy Conference a successful and meaningful event.

The Asylum Advocacy Conference is geared to everyone that is interested in learning more about the issue, or wants to know more about it. Carballo encourages anyone who might be interested to register. The conference is on Nov. 2, 2019, from 10 a.m. to 5:30 p.m. at Ventura College of Law campus.