A carnival takes over Foothill at annual Renaissance rally 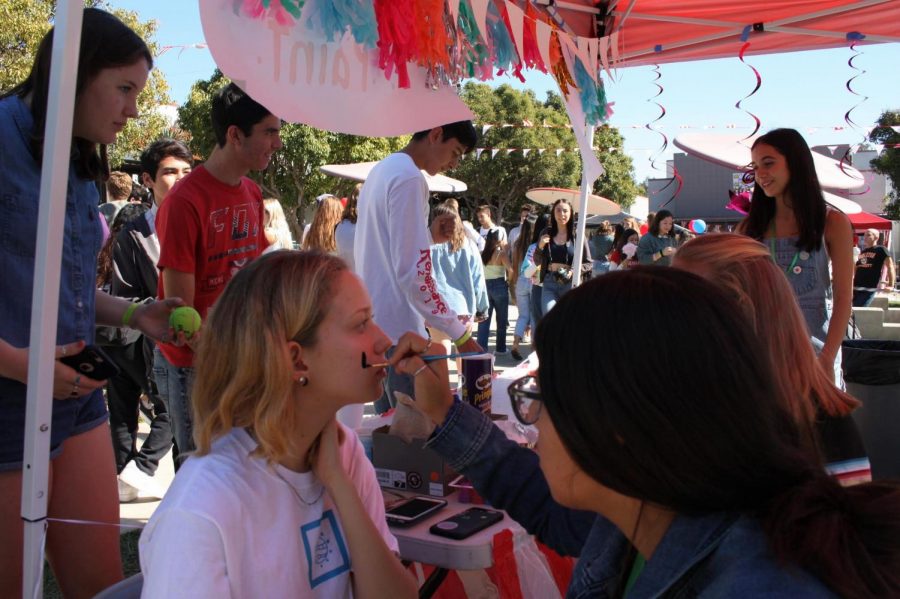 As well as food, sudents also could play games and get face painted

With the sun shining, the music blasting and the campus bustling on Oct. 18, 2019, it was no question that the annual fall Renaissance rally was in full swing. Taking on the theme of a carnival, the rally celebrated and awarded students who obtained a grade point average (GPA) of 3.0 or above, or increased their GPA by .5. However, freshmen were not included in the event as their Renaissance status had not been determined.

To celebrate these students, the Associated Student Body (ASB) put on the rally which featured elements such as carnival games, carnival food and a raffle. The games and activities, which were scattered in booths around the quad, included ring toss, knocking over cans, a football toss and face painting. Food was offered in the form of hot dogs, popcorn, shaved ice and cotton candy. For the raffle, students were tasked to find painted rocks that were scattered around campus and trade them in for raffle tickets which they then could enter into the school-wide raffle.

ASB member Natalie Ortiz ‘20 commented that “everyone likes the games they’re playing” and the event overall was “pretty solid, [ASB] put a lot of work into it so it’s good.”

The amount of work dedicated to this event began much earlier than the start of the school year. Ortiz stated that ASB “started last year with everything we were going to do” as the planning and organizing required a group effort.

While the food was a hit for many students, some students believed that there should be more of variety in the selection. Ella Duganne ‘20 noticed that “they don’t have many vegetarian options” as the main food offered was hot dogs.

Tom Bartel ‘20, however, liked “the hot dogs and the shaved ice even though the line is so long.”

For many, the rally was a positive experience. Tristen Arana ‘21 found this rally “a lot better than a couple of previous ones because this one is organized and there is free food.”

Seemingly, the rally achieved what it was meant to do in the pursuit to celebrate students. Delaney Grant ‘22 thought that the rally accomplished this as it is a “really good idea that motivates people to get on Renaissance.”

Ortiz reflected on the rally as a whole and found that it “shows a lot of people what they can accomplish and what they have accomplished so far,” which is precisely what ASB was striving for.