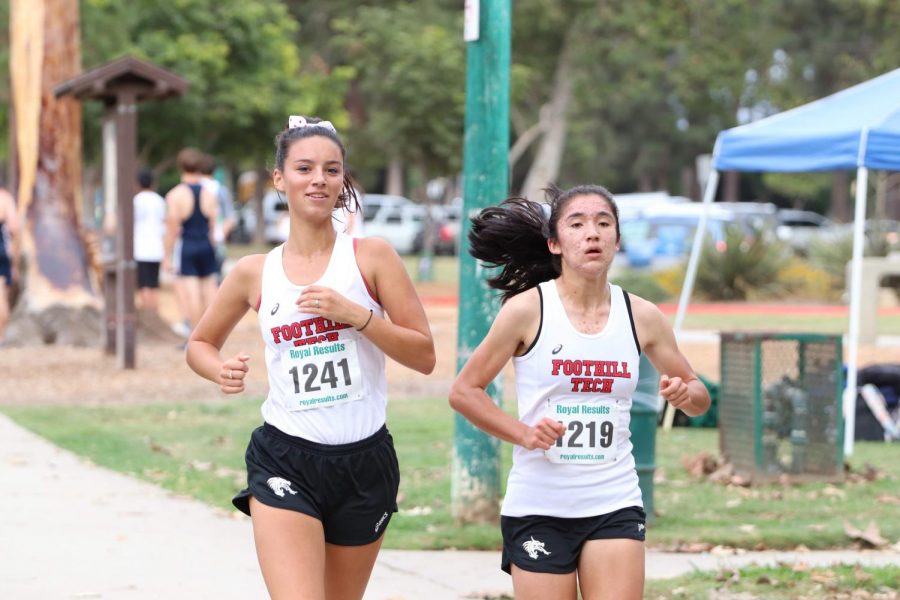 Although Sept. 26 was humid and gloomy at the Camino Real Tri-Valley League Meet, goals were met and accomplishments were made for the Foothill boys’ and girls’ cross country teams. Running against Cate, Thacher, Saint Bonaventure, Providence, Santa Clara, Laguna Blanca and Bishop Diego, the Dragons were able to snag the first place titles in the boys’ and girls’ varsity races to pull off two wins.

The boys came out in a fury, leading the pack of runners for the first mile, with Oliver Pick 21’ at the top, ending with second overall.

Behind the Dragons, the Cate Rams take second, Thatcher coming in third.

Coach Jason Dinkler commented that it was a “good day for sure.” He continued, “The goal was just to make a little bit of improvement individually and also as a team, and I think that definitely happened.”

“Today proved that we have a pretty strong team, we’re looking to do good things this season,” Pick said.

The Dragons will race next on Oct. 5 at the Central Park Invitational, hoping to continue the success.