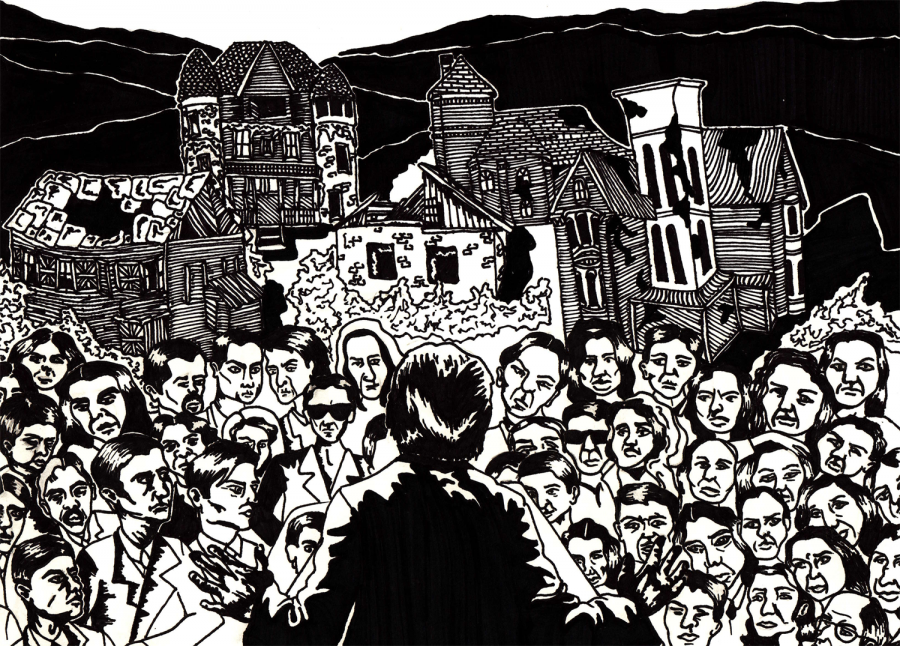 Foundation and fall of El Partido Nacional de La Raza Unida
Founded on Jan. 17, 1970, El Partido Nacional de La Raza Unida was a political party in Southwest Texas created to battle inequality in the Democratic party. Rising toward the latter end of the Chicano movement and met with the discontent of the movement’s results, five Mexican-American students from St. Mary’s University in southwest Texas decided to take a more radical approach. Inspired by Malcolm X and Martin Luther King Jr., as well as “Saul Alinsky’s model of confrontation politics,” the five founded the Mexican American Youth Organization (MAYO) in 1967.

After gaining notoriety, a conference of 300 Mexican-Americans was held in Crystal City, TX on Jan 17, 1970, the result being a political party: La Raza Unida.

According to a news article written by anthropologists at Southwestern University, “the party was part of a broader set of social and political movements in the post-World War II era that also focused on issues such as labor rights, education reform and sexism.”

By 1980, the NCLR was almost entirely federally funded. This proved problematic with the Reagan Administration, due to funding cuts on domestic programs, including the NCLR. Reagan’s presidency lasted from 1981 to 1989, a decade in American history which held one of the largest influxes of Latin American immigrants in history (foreign-born population grew 5 million from 1880-1890). The NCLR was forced to scale back operations and focus on national policy instead of hands-on projects. Moving headquarters to Washington D.C. put the NCLR in the thick of American politics, for better or worse. In 2017, the NCLR changed their name to UnidosUS due to linguistic and historical controversy surrounding “La Raza.” UnidosUS remains the nation’s “largest non-profit Latino advocacy organization.”
The controversy of “La Raza”
El Partido Nacional de La Raza was socially radically liberal, advocating equality for Mexican-Americans in a time of systematic segregation and racism. So it is reasonable to see why the political party needed to push back so strongly, citing Newton’s third law: “every action in nature is met with an equal and opposite reaction.” White people opposed to La Raza started to call the party “The Mexican KKK” because of the literal translation of the word, as well as their radical approach for equality.

“La Raza“ translated to English, literally, means “The Race.” White Americans interpreted the translation to signify “The superior race,” hence La Raza Unida’s nickname of “The Mexican KKK.” However, in Spanish, the symbolism of the phrase is much more profound.

The connotation and definition, provided by respected dictionaries, of “La Raza” are disparate. Janet Murguia, President, and CEO of UnidosUS, “was talking about connotations, the emotional resonance that ‘La Raza’ holds for her […] and her supporters,”

NCLA used the phrase to represent “The People,” not  “The Race.” The true meaning was powerful to the organization because it meant, for them, “the Hispanic people of the New World.” The phrase represented hope and the possibility of political representation for immigrants, as well as first or second-generation Latino Americans. However, the connotation of the controversial phrase never made its way to the hearts of white Americans; is this symbolic of the result of the Chicano movement, El Partido Nacional de La Raza and the NCLA?
The Democratic Party and Identity Politics
The primary argument for La Raza Unidas downfall is this: the democratic party is now taking on the role of advocating for minorities. This looks to be true on the surface, however, how much of advocating is the facade of identity politics? “Identity” was the entire premise of the political party of La Raza Unida. The idea was impactful, even if the execution failed, this is because the party was founded by well-educated Mexican-Americans who understood the adversities of being a minority in America. Many Democratic candidates in congress, as well as those running for the presidency in 2020, truly hold the rights of Latin Americans to high importance.

However, it is impossible for a white American to live through the same adversities as a Latin American or other minority.

Throughout American history, Latin Americans have been met with injustice culturally as well as legally. The lynching of a 14-year-old Latin American boy in 1911, the mass deportations of Spanish speaking U.S. citizens in Los Angeles in 1931 and the segregation of schools which lasted until the 1970s, are only a few examples of this injustice. Only until 1954, during the case of Hernandez vs. Texas, did a Mexican-American serve as the jury in the court in Jackson County, Texas.

However, it is most dangerous when Latin Americans are subject to injustice at the hands of those who claim to protect the rights of minorities. The “Central Park Five” was a situation proving how even a leftist professor at Columbia University, Elizabeth Lederer, could serve as lead prosecutor in a racially charged vendetta resulting in unjustly deeming five innocent Latino and black boys to years in prison. The boys were falsely convicted in 1990, less than 30 years ago, and many cases similar have happened since. Does this not give minorities a fair reason to be cautious of white democrats claiming to advocate for their rights?