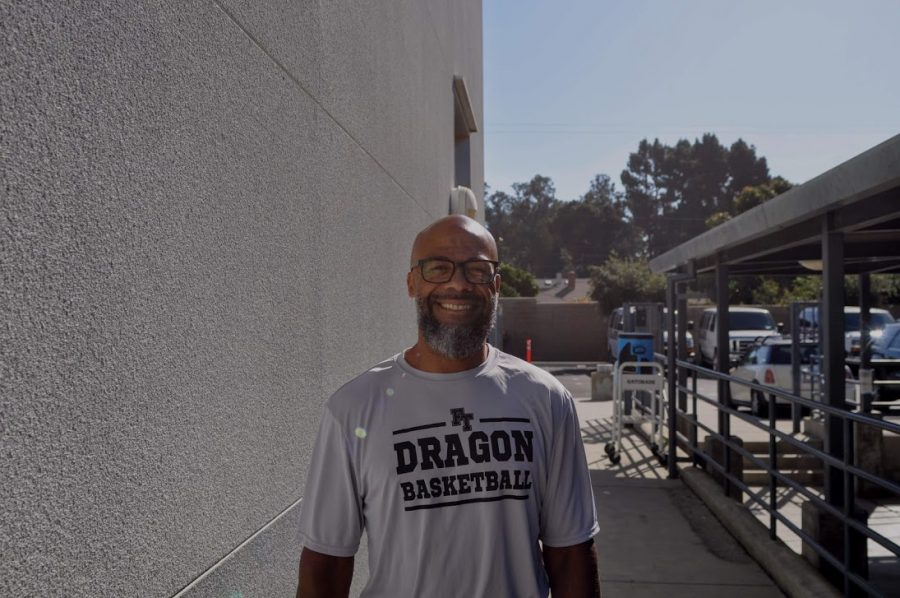 Coach Jamaal Brown has returned to our Ventura shores from New Mexico as the Athletic Director for Foothill Technology High School. He is a happy family man, dedicated to embracing the Foothill family as his own and leading the boys’ basketball team to victory. When he’s not coaching or playing basketball himself, he loves spending time with his wife and children, working out at the gym and eating tacos.

While growing up in Ventura, he attended Poinsettia Elementary, Balboa Middle School and graduated from Buena High School in 1987. He went on to attend Stanford and Cal Poly San Luis Obispo. As of now, he’s a father to his adult daughter and two boys who love basketball. Throughout his life, basketball has continued to be a large portion of Brown’s life.

Brown’s goals and hopes for the team are simple, “I have two objectives as a basketball coach and those objectives are to: number one, change lives and number two is to win basketball games,” Brown explained.

He believes that true success isn’t about winning or losing. In his eyes, it’s really about, “being committed [because] I think success is defined not by wins and losses, not by how much money you make, not by what your title is at your job. It’s just about giving your best,” Brown added.

According to Brown, athletes can improve their game-play by putting in, “hard work, hard work and more hard work.” Brown continued, “There’s different athletes that have been given different gifts […] and what they do with that gift is completely up to them.”

Brown’s advice for getting the best experience out of your years in high school is to, “get involved in something that you have a passion for, school is school, if you’re here for an academic education then you’re in the right place. Obviously, but I just know the more that you’re involved at school, the more well rounded you are and again that goes toward college,” Brown expressed.

He describes himself as a “God-fearing Christian” that is devoted to his wife and children. He believes in being humble, trustworthy and calm, “if someone offends you just take a deep breath,” Brown said.

Among his favorite places to be are anywhere a gym is accessible and wherever his team and family are. Some of his other exhilarating hobbies include boogie boarding, snowboarding and riding his mountain bike.

Coach Brown is happy to be back in Ventura with his family and to give his children the childhood experiences he had growing up: like his fond memories of playing on the beaches of Ventura.

He believes in the common phrase, “hard work beats talent when talent doesn’t work hard.” Brown believes that success can’t truly be defined by material possessions or societal constructs, but by putting in your personal best each and every day. Which is something he will continue to do as he works to lead our boys’ basketball team into future wins!