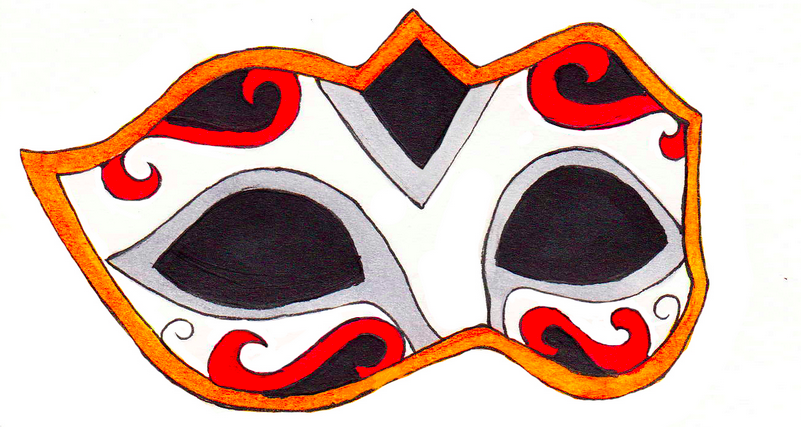 Spring has sprung and preparations for prom are in full swing.

The dress, the date and this year’s destination are all that upperclassmen have been talking about, and this buzz won’t stop until after April 25 has passed.

Recently, ASB has announced that this year’s prom theme is going to be a Masquerade Ball, and that it will be housed at the Moorpark Country Club.

Masquerades seem to be a recurring dance theme, and its trendiness makes it an easy event to dress for.
Aine Foley (@AineMedievaDub) on Twitter: “The Bal des Ardents (Ball of the Burning Men) was a masquerade ball held on 28 January 1393 in Paris #medieval”

Originating from the Venetian Carnival, masquerades have been revived recently. This recent resurgence places more emphasis on a party atmosphere rather than the original formality of the event.

Some characteristics of a masquerade ball include masked characters, formal dress and dancing.

Interestingly, these balls were set up as a game to play among guests. The masked guests were supposed to dress as unidentifiable, so that the typical guests would have to guess each other’s identities.

This added a humorous effect and created a more enjoyable version of typical balls.

As the times have changed, formal masquerade balls have turned into somewhat of a “costume” party; however, these informal parties are still centered around mask-wearing. This year’s prom theme is no different.

The trouble with dressing for this year’s prom is finding a mask that complements the dress; not to mention the possibility of students showing up without one. With or without a mask, there are ways to fit this year’s theme. For example, dark colors and subtle sparkles match that of a masquerade.

In order to achieve this mysterious look, one could go with a detailed dress that reflects the formality that masquerade balls once represented. A sleek dress adorned with a statement necklace is another eye-catching look that would match perfectly.

After you have picked your dress, complete your look with a little bit of makeup. Smokey eyes create a glam look that draw attention to your eyes, while being tasteful enough for prom.

Another makeup idea is swiping on a layer of deep red lipstick. This creates an alluring look that emphasizes the shape of your lips.

Since this is a black-tie formal, males will want to invest in a suit rental. There are numerous rental shops around Ventura county, which includes Mission Tuxedos, Friar Tux Shop and Black Tie Formal Wear.

Since the majority of men’s formal wear is relatively similar, it is often times hard to stand out when dressed in black and white.

However, a standard black jacket paired with a white undershirt is an easy match to most ball gown colors and is guaranteed to fit the sleek nature of this year’s masquerade.

If you’re planning on attending prom this year, make sure to purchase tickets from the student store. These tickets usually reflect the theme of the dance and can be useful for picking a dress and accessories that will complement this year’s masquerade theme.