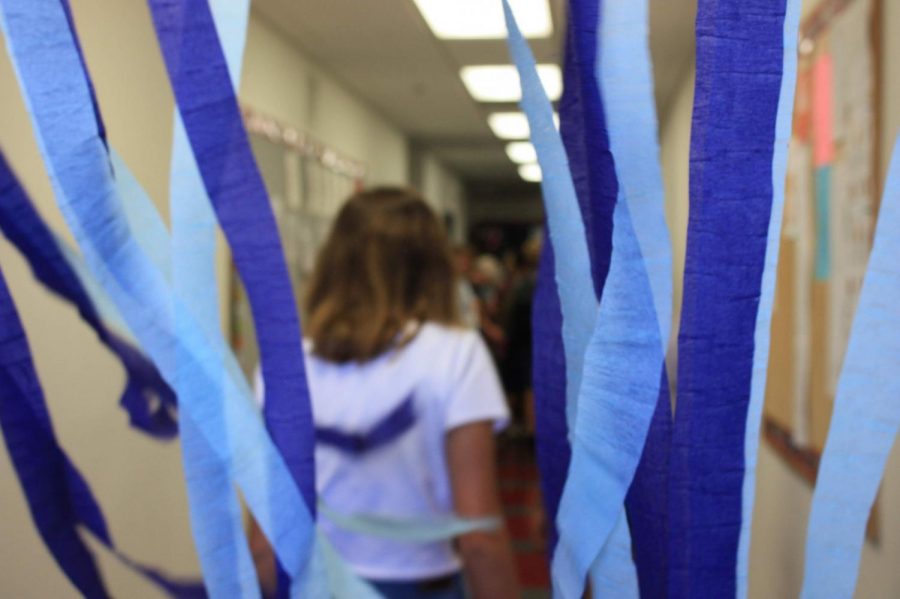 A freshman passes through streamers leading into the Black Box

On Friday, Sept. 6, the freshmen of Foothill participated in the annual Start Strong Rally. This event, “which is exclusive to freshmen,” is about bonding with fellow classmates along with learning more about the campus.

First, the Class of 2023 was escorted to Spirito Hall where they got “hyped up,” Reese Widerburg ‘23 said, by freshmen adviser Kristen Pelfrey. Following this initial welcome, they proceeded to branch out to their Foothill Intervention, Reinforcement, and Enrichment (FIRE) groups in order to complete a scavenger hunt around campus. The goal of the hunt was to acquaint the students with Foothill’s campus.

Once a team completed the hunt, they went to the Black Box where they were warmly greeted by the Associated Student Body (ASB) and were given cupcakes as rewards.

Alyssa Cagle ‘23 thought that the coolest part of this experience was getting to sign the Class of 2023 gown, as this symbolized becoming a part of Foothill.

ASB officer, Ellie Drescher ‘20, who was in charge of the Start Strong Rally stated that “the rally was being planned since the first week of school.”

She also gave credit to the other freshmen advisor, Conni Carr, who “already had a lot of it planned out.”

As an upperclassman, Drescher thought that the best part of the rally was that the freshmen got to “know the school and feel appreciated” which is important as it is “always hard coming from a new school.”

According to Widerburg, he thought that the best part of the rally was the hunt along with getting cupcakes at the end as “cupcakes are bomb.”

During the rally, there was music played throughout campus along with Otter Pops being handed out by ASB officers. The freshmen displayed an abundance of energy as they raced opposing groups to finish first in the scavenger hunt.

Cagle stated that her high school experience has been “100 times better than middle school,” and that everybody has been very nice.

Widerburg stated that Foothill was “better than he thought it would be and that he likes a lot of aspects of the school.”