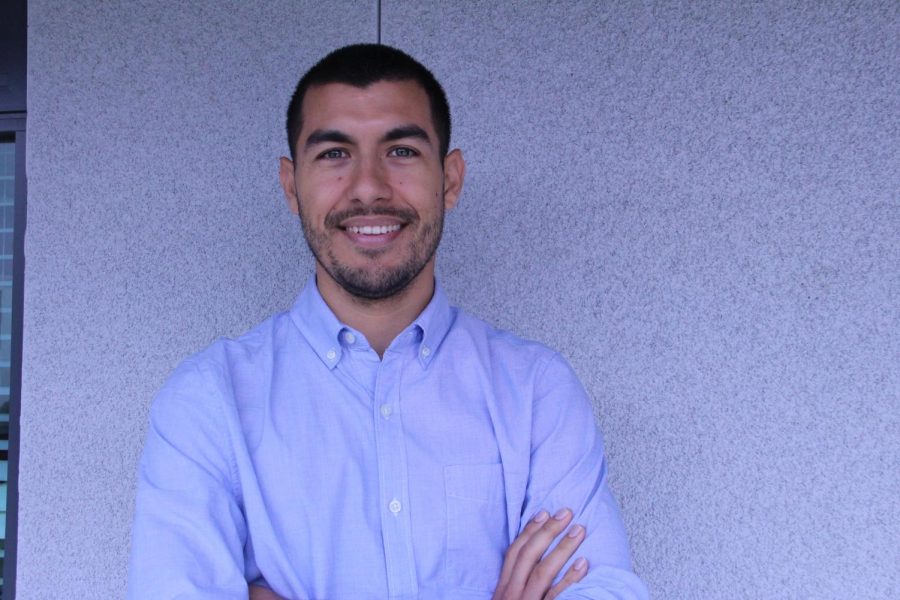 Some of you Foothill students may have noticed a new face on campus or pondered at the “unassigned” teacher on your schedules. Well, the secret is out, Foothills Spanish Department has a new member, Señor Ortiz, who beyond being a Spanish teacher, has lived a very colorful life filled with music, nature, learning languages and delicious food.

Ortiz is an Oxnard native, but later moved to Mexico with his parents while he was growing up. He got his global studies major at UCSB and has been teaching for three years, but this is his first time teaching in the United States.

As of now, he teaches all the Spanish 3 classes and a Spanish 1 class during seventh period. He can speak four different languages: English, Spanish, Portuguese and Catalan, the language spoken in Barcelona, Spain.

“I think learning a new language is a necessity because it allows us to understand other people and other perspectives. It creates a new persona, you literally become someone else,” Ortiz said.

He believes to become a better student, students shouldn’t try to be the same and they shouldn’t be concerned with trying to be perfect.

Ortiz believes that truly successful people, “are themselves and feel comfortable in their own skin.” He wants everyone to be who they are, even the shy students because they’re allowed to be quiet.

“In my philosophy, I feel like students should feel comfortable with who they are,” Ortiz revealed. High school can be stressful for everyone, Ortiz’s advice for students is to be ready for change because the world is becoming harder and more expensive. Be ready to hear the word “no” and above all, be humble and respect others.

If he had the entire world’s attention for thirty seconds, he would say, “stop, breathe, be mindful that we’re different and that it’s ok to be different and understand that our differences are what make us unique.” Especially, to students who may feel shy or insecure about their differences.

Ortiz describes himself as relaxed, family-oriented and a lover of music. His favorite musical genres include Brazilian music and classical. He loves to “disconnect” from the world around him through hiking, appreciating nature and focusing on the present.

He plans to keep traveling, going to new countries and learning the languages spoken there. He loves to learn and continues to do so every day, so it’s no surprise that he’s a teacher.

His happy place is Mariposa Beach north of Santa Barbara. It’s quite a journey to get there, but in his eyes, it’s worth it. He parks his car, goes across the freeway and looks down at the sea from his clifftop view.

His grandmother’s kitchen is his second happy place. Fond memories of her and the delicious smells of home-cooked meals wafting from the kitchen.

When it comes to food, he could eat ceviche every day of his life, adding that he tries to have it at least once a week. His two favorite types of food are Thai and Peruvian. He’s always trying something new, whether that be a new language, a new spot to hike at or a new place to eat.

Welcome, Señor Ortiz. Whenever you see him in the hall, be sure to greet him with a smiling face and a kind, “hola.” He’s in room H107, with open ears to listen and give advice about life, learning a new language and being true to yourself.