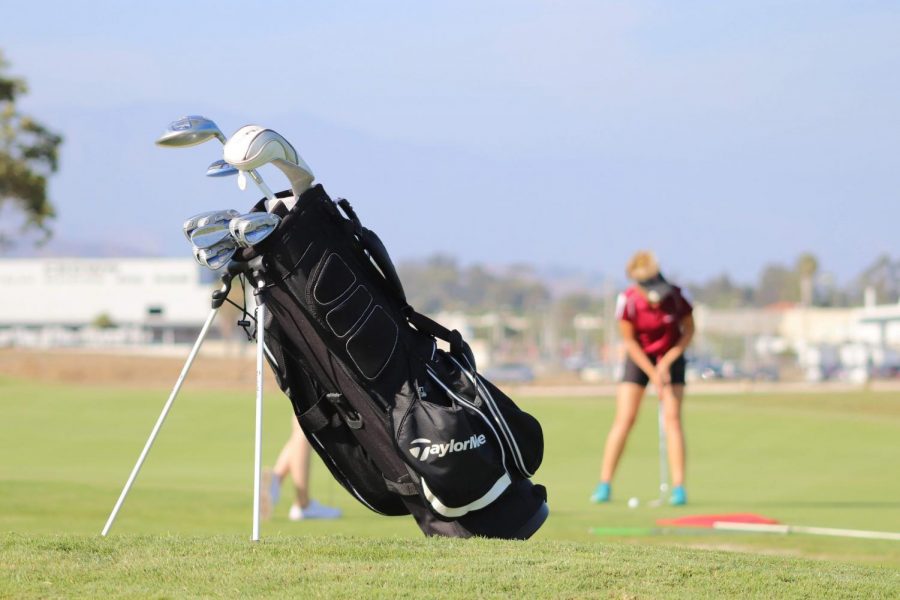 On the bright Monday afternoon of Aug. 27, the girls’ golf team faced off against local teams at the Buenaventura Golf Course and came out victorious. The city-wide tournament included Buena High School,  Ventura High School and St. Bonaventure High School.

“I always look forward to the Ventura city match because it’s a great experience for all four teams to get together and play a round of golf,” Rylie Singleton ‘21 said.

The Dragons finished strong with an overall team score of 195, with Hannah Hart ‘20, leading the Dragons with a 37, only two strokes over par. Buena came in second with a score of 220, while Ventura and St. Bonaventure finished with a 227 and 264, respectively.

Singleton stated, “I’ve been working on my irons a ton recently so it’s been nice to see that work paying off on the course.”

With the start of school on her mind, Singleton added that it is beneficial to be “focusing on clearing my mind of the long list of things I need to do regarding school or other commitments before I step up to the first tee box.”

Head coach Wayne Powers “was very impressed with how supportive they were of each other,” and was incredibly proud of their performance.  He continued that the game “was something to behold.”

Hart, Foothill’s leader in points, stated that she is “super proud of my girls, four of us were in the 30’s, and that’s not something every team can pull off.” She went on to say that she feels that “we have a really strong kickoff to our season.”

As for the rest of the season, the girls hope to continue their success and be triumphant in league play. The Dragons will be teeing off at Los Robles Golf Course against Oak Park High School on September 3rd, bringing with them the positive energy from a strong first match.