The Foothill Dragon Press • May 22, 2019 • https://foothilldragonpress.org/268778/science/the-science-hub-a-study-on-dementia-aftereffects-of-measles-schrodingers-art/

The Science Hub: a study on dementia, aftereffects of measles, Schrodinger’s art 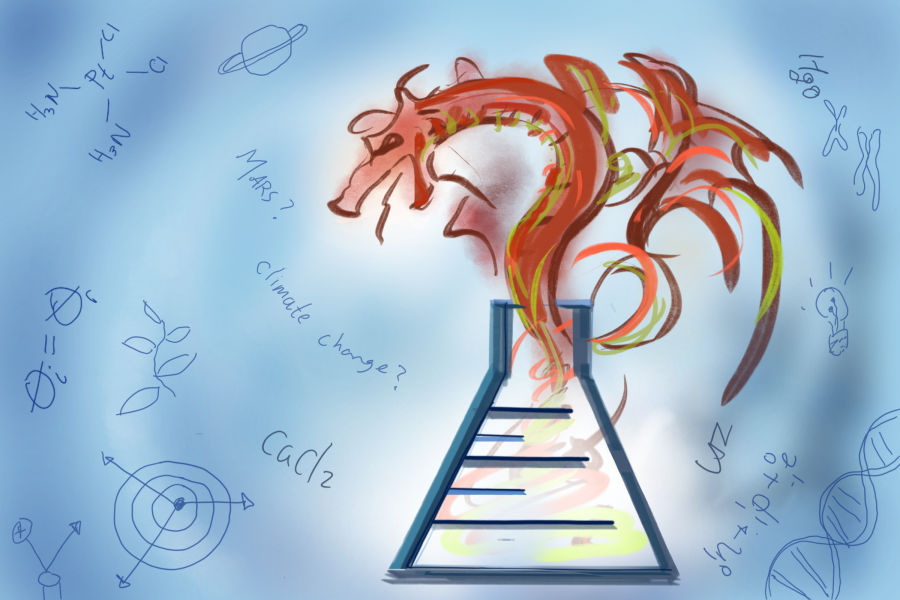 A study on dementia

A new study by the World Health Organization (WHO) detailed that there are roughly 50 million people in the world with dementia and around 10 million cases additionally per year. The majority of those come from low or middle income countries. All of these cases have a cost. In the U.S. alone, 818 billion dollars was spent in 2015 on dementia.

With all of those depressing numbers, how can dementia be stopped? Unfortunately, there is no one cure for dementia. However, there are a variety of steps that one can take to limit the risk of dementia, mainly being to exercise, eat right, staying a healthy weight and managing cholesterol and blood sugar levels.  Additionally, not smoking and limiting the consumption of alcohol may also help.

Survived measles? Nice, you might just die of disease anyways

It has driven vocal mothers to Twitter, disrupted national headlines and quarantined hundreds.

Now, measles has one more reason to stay as the topic of discourse: it destroys and erases the immune system’s memory of fighting disease.

Every time you get sick, your immune system remembers and learns how to fight those pathogens so you don’t get sick again. This is a cumulative and long-term process: across your lifetime, your B-Cells and T-Cells retain more and more memory and “skill” with each additional exposure to foreign invaders.

However, the measles virus can undo this. Data has shown that when measles is rampant, children are more likely to die from not only measles, but also another unrelated infections. Moreover, children who were previously infected with measles are 15% to 24% more likely to require a prescription medicine to treat another disease.

To break it down: even if you survive a measles infection, you’ll just be more likely to die from another disease.

Art and quantum mechanics, what else can you ask for

Miniature art; it invites an observer closer to the painting or sculpture. The detail and focus required for this task is amazing. Nothing can top it.

Unless, we put a cat, a radioactive source and poison into a box. Voilà! If you think I’m spewing nonsense, allow me to explain the research by Doctor Tyler Neely from the University of Queensland.

Neely and his colleagues were able to recreate Leonardo da Vinci’s Mona Lisa, Vincent van Gogh’s Starry Night and even pictures of the researchers involved onto a quantum “canvas.” This “canvas” is the width of a human hair, utilizes Bose-Einstein condensate (BEC) and superposition.

Essentially a laser beam is projected through a microscope to make the image tiny. Before the image arrives to the atoms, they are everywhere. Once the atoms are struck by the light, they will be measured. Thus, when the atoms are measured, they will collapse into a position inside the darker areas of the image, creating art on the smallest units of matter.

Schrodinger’s art, only observable with a strong microscope.