The Foothill Dragon Press • May 3, 2019 • https://foothilldragonpress.org/268565/sports-3/boys-golf-snags-second-in-tri-valley-league-finals/ 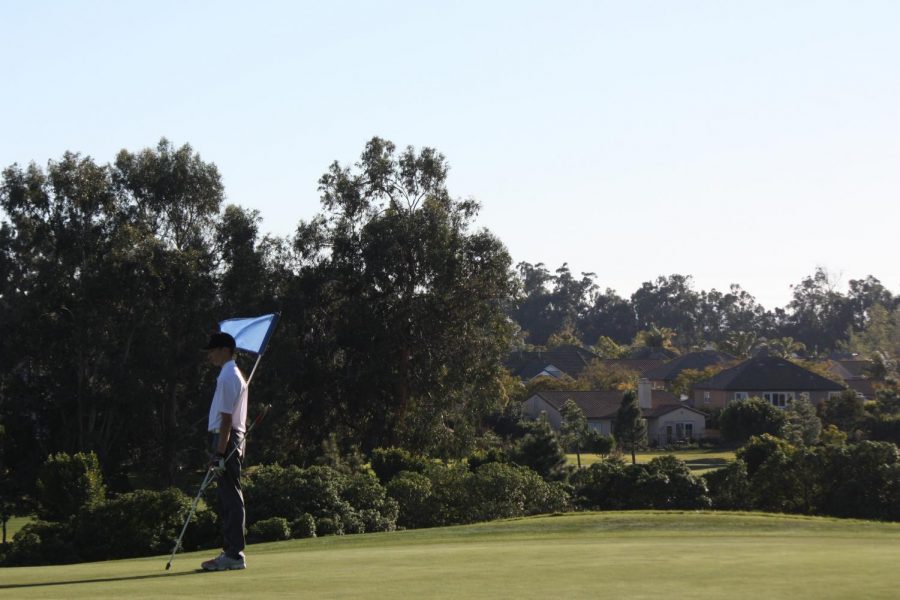 Heading into the Tri-Valley League finals, the Foothill Tech boys’ golf team had its eye on taking down Saint Bonaventure, who Aidan Donnelly ‘20 described as the Dragons’ toughest competition in the league this year. Unfortunately, on May 2, Foothill fell just short to the Seraphs, taking home second place in the Foothill seniors’ final match at the Soule Park Golf Course in Ojai.

“Our season was pretty consistent,” Donnelly said. “It feels good to come in second place, but at the same time, it didn’t take a lot.”

Donnelly hopes that the team can perform just as well next year, despite their loss of three seniors.

Ian McEwan ‘19, who shot a 93, felt the team played well, saying that they “played good, conservative golf,” and that “our team as a whole really improved throughout the year.”

With King, McEwan and Ryan Sequeira ‘19 all graduating, the Dragons will have to rely on the improvement of their younger players if they want a shot at the league title next year.