Track and field sweeps the competition at 2019 Russell Cup 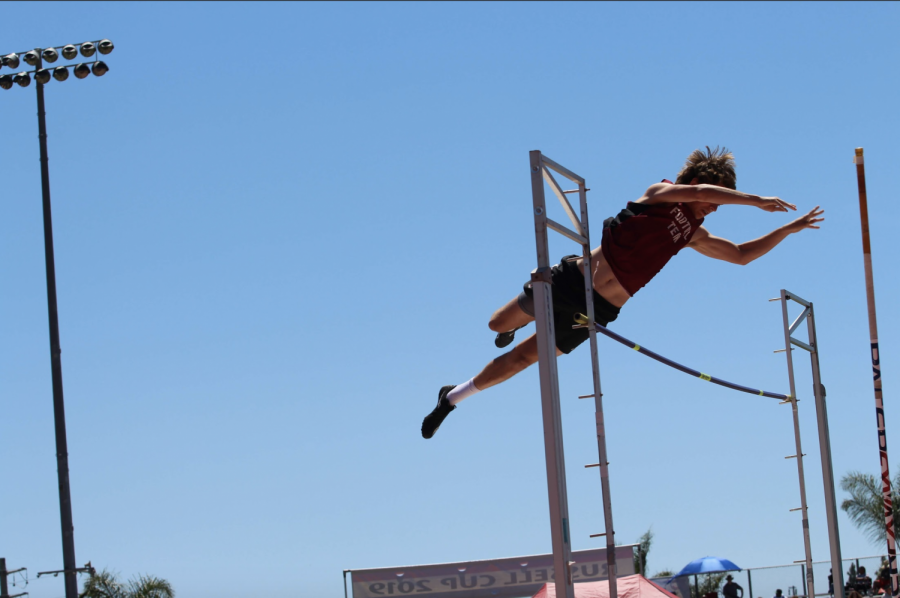 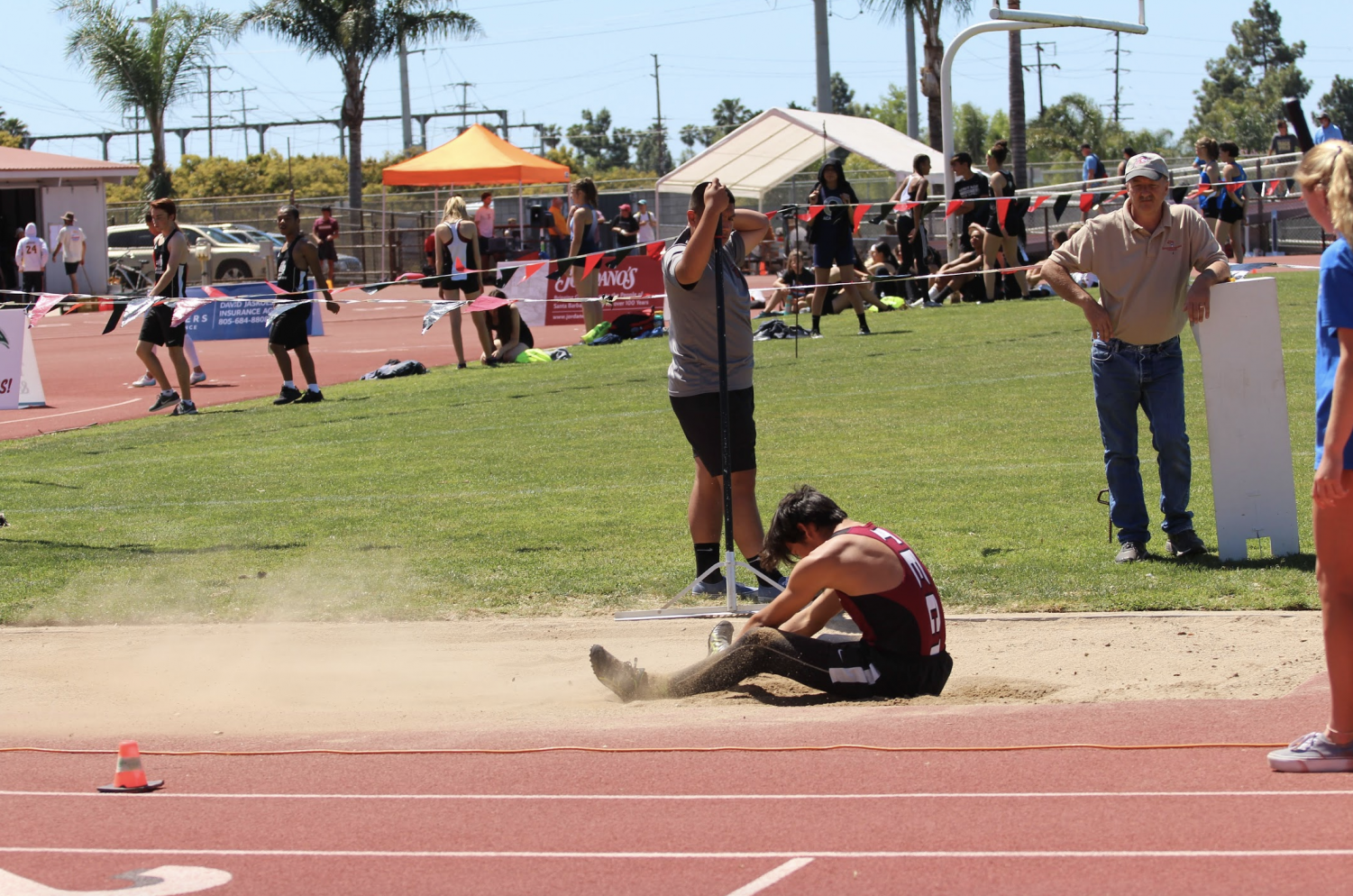 Marin ValerioAnthony Rodriguez ’21 at the end of the triple jump.

Foothill’s track and field team swept their competition at the 100th annual Russell Cup on April 13. The team garnered enough points to win the meet’s “Grand Sweeps,” placing high in a variety of events.

Events at this meet are slightly different from those at a typical track meet. Since it has been around for 100 years, the organizers want runners to be able to look back on scores for events dating back to the very first meet in 1919 and compare them with scores for events today.

Wright and Jordan pushed ahead in their field events. Wright placed second in both the long jump and the triple jump, with respective scores of 20’2.5” and 41’11.25”. Wright’s triple jump mark beat the school record, which was previously held by Daniel Holst ‘17 (41’2”). Jordan placed third in the pole vault, with a mark of 10.09. 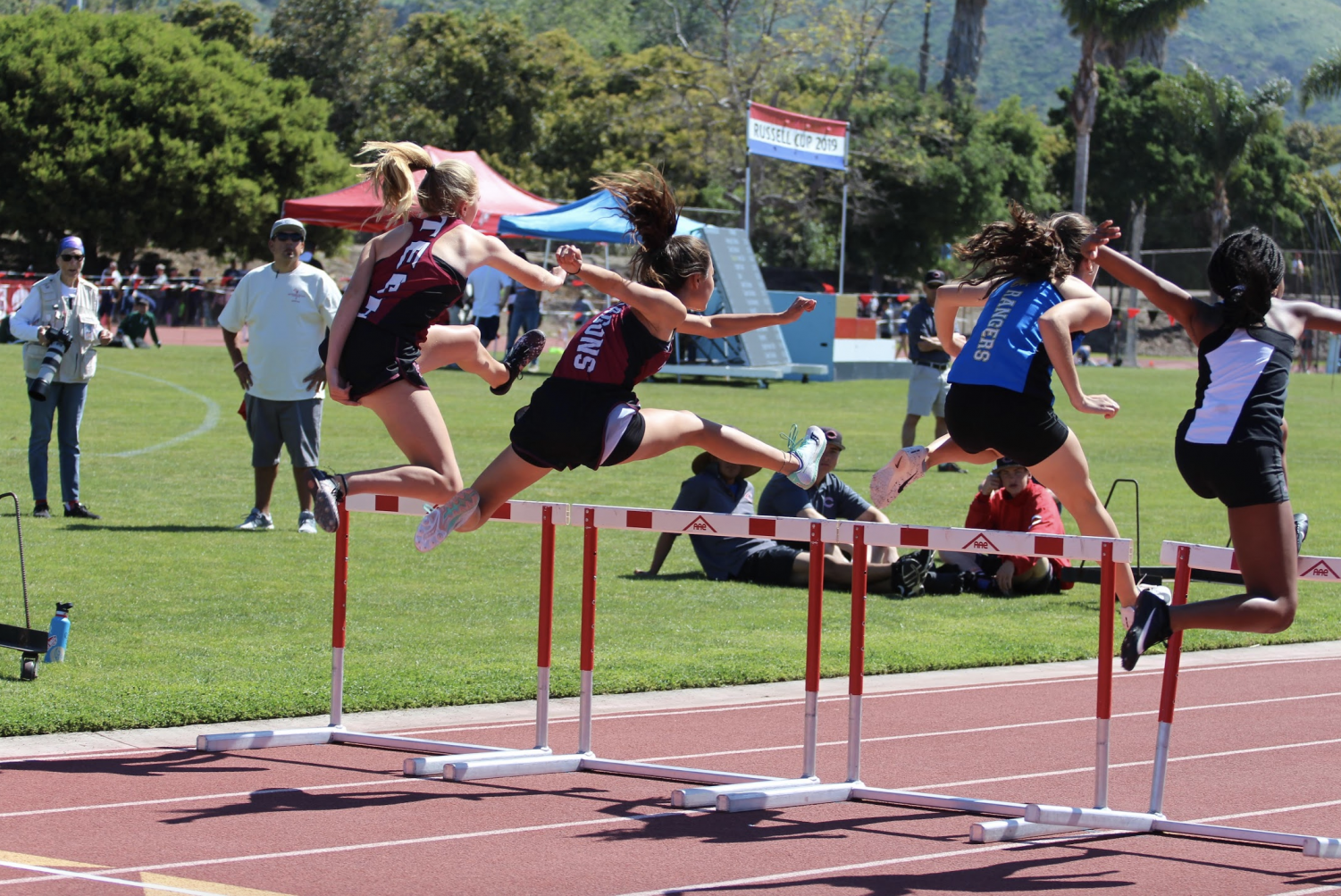 Kearney and Scherrei began the mile race running closely together, but Scherrei fell slightly behind near the end. Kearney placed first (5:07.45) and Scherrei fifth (5:22.75). In the two-mile race, Kearney and Village Christian runner Mia Barnett ‘19 competed for first, with Kearney leading the majority of the time. She placed second (11:11.08), just about five seconds behind Barnett. The girls’ varsity 4×400 relay team, consisting of Becker, Vrablik, Kearney and Kunes, placed third with a time of 4:12.98. 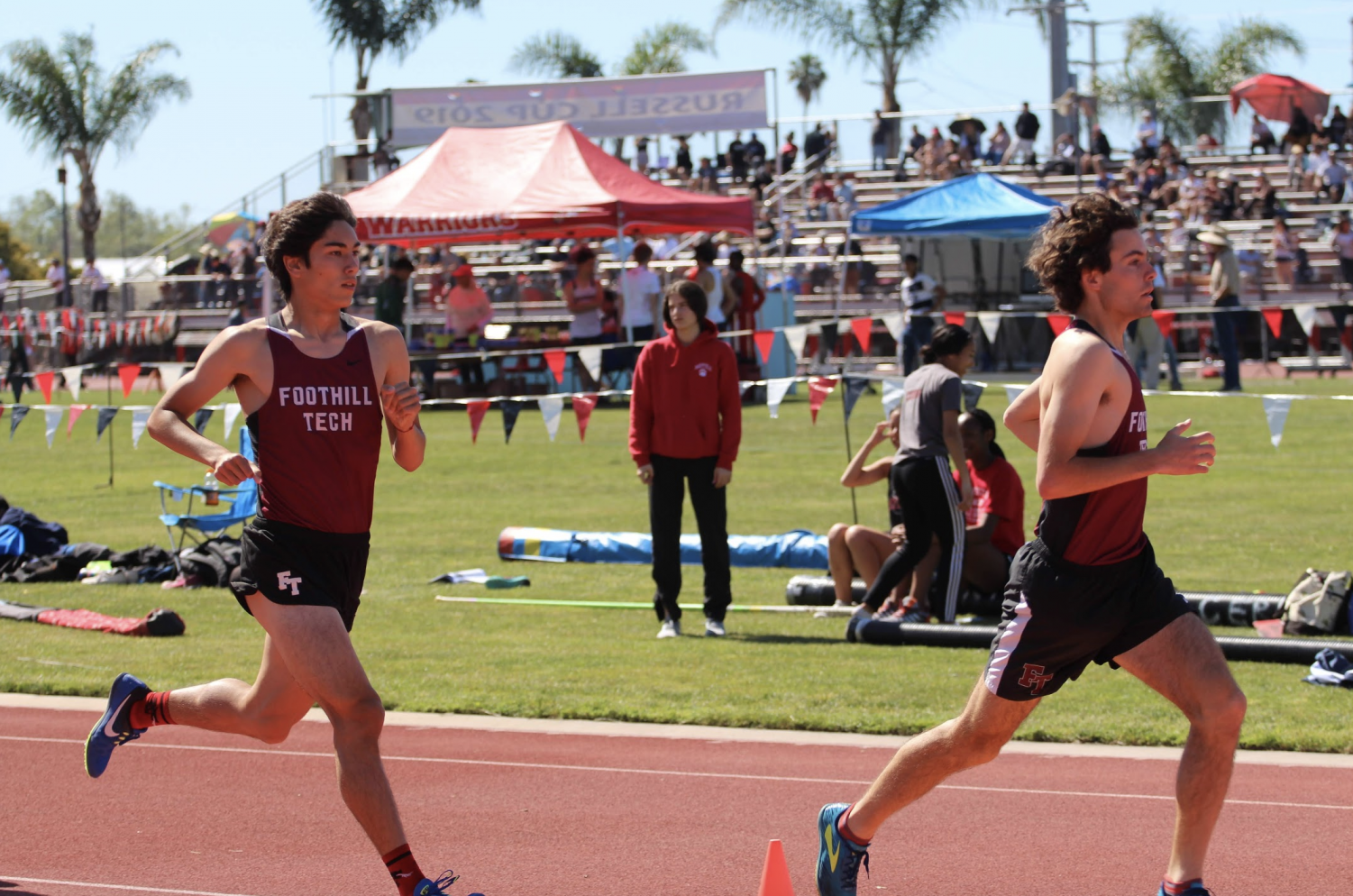 Marin ValerioHenry Pick ’19 and Jason Messner ’19 push to the front during the one-mile race.

After nearly ten hours spent at the meet, Secreto reflected on the Dragons’ successful day.

“We all stepped up and did our part,” she commented. “We all placed really well, and got the points that we needed [to win Grand Sweeps].”

Dearman-So noted that in the team’s workouts, they run together “because when you run with other people, it’s easier to push each other to go faster.” They carry this mentality to their races, a possible rationale for why so many of the Foothill runners placed so close together in their races.

Editor’s Note: Jason Messner, Dylan Mullaney and Hana Vrablik are staffers on the Foothill Dragon Press. They were not involved in the production of this article.