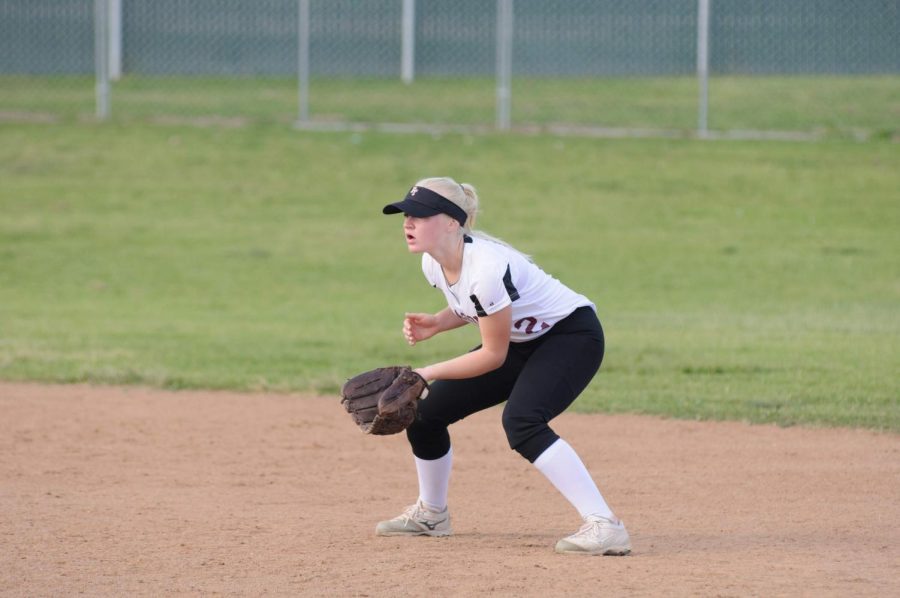 Jamie Dietz '19 attempts to catch any oncoming balls on the field.

After starting out 1-2 in league play, the Foothill Tech softball squad desperately needed a win to keep their playoff hopes alive. On March 26, they took the field at Ventura College and obliterated a La Reina team that had beaten them earlier this season. Behind stellar pitching by Kat Tafoya ‘19 and hot hitting at the plate, the Dragons cruised to an 8-1 victory over the Regents; this moved them to 2-2 in league and 9-5 on the year.

No runs were scored by either team in the second inning. In the third, however, Strong hit a single that scored Gallegos, giving Foothill a 4-0 lead. In the fourth and fifth innings, Tafoya added another four strikeouts before the Dragons took the plate at the bottom of the fifth. Samantha Fenton ‘20 drilled a double that scored Gallegos, and Tafoya immediately followed by hitting a triple that got Fenton home. Natalia De La Rosa ‘20 finished Foothill’s scoring with a double which scored two more runners, and gave the team an 8-0 lead.

The Regents managed to score one run in the top of the seventh, and Tafoya, who pitched the whole game, called the game “redemption” for their team.

“We can always work and get better,” Dietz said, “But that win was huge. We couldn’t afford another league loss.”

Second baseman Jamie Dietz thought the team did a good job sticking together and “picking each other up,” but that they have to continue to focus and “keep the energy up the whole game.”

The Dragons’ next game comes at La Reina on March 28.