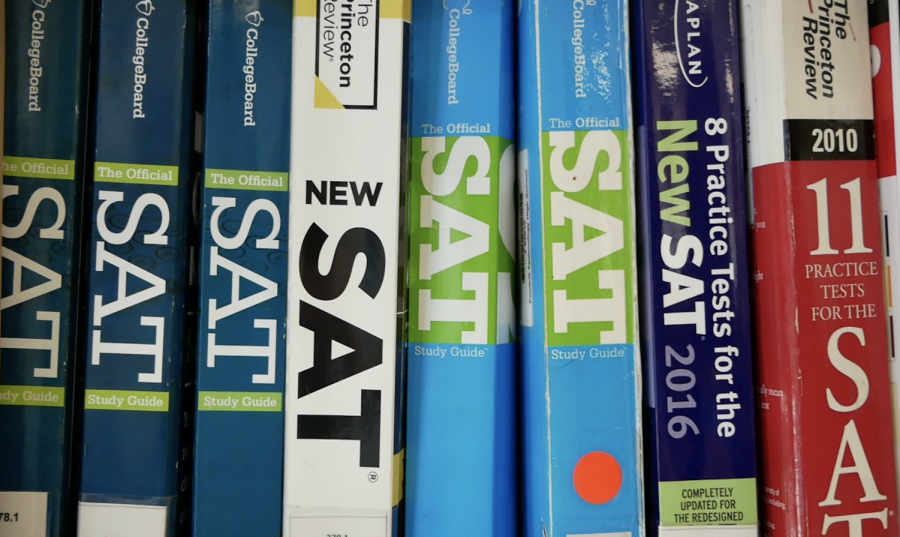 From hours of studying to money spent on study materials, testing 'bootcamps' and retakes, students and their families often spend considerable amounts of time and money preparing for the ACT and SAT tests.

The college admissions scandal that was uncovered in mid-March of 2019 highlights the one major injustice in the process of college admissions: the fact that fraud, bribery and cheating give the wealthy an advantage.

The method that wealthy parents used to guarantee their child’s admittance into elite colleges includes the bribing of college coaches with tens of thousands of dollars to have the students admitted as a college athlete一even if they had not participated in the sport before一and cheating on standardized tests (e.g. the SAT and ACT).

The fact of wealthy families having an advantage in the college admissions process has been known for many years, as they can donate large amounts of money to universities for their child to have a greater chance of acceptance. However, this newfound system is different as it nearly guarantees that the student will get in.

With these advantages, Valedictorian Ryan Sequeria ‘19 describes feeling disappointed, but not surprised by the scandal. “It wasn’t really too much of a surprise to find out that celebrities were doing it through direct bribery as well,” he said.

As a student preparing to go to college, Sequeria finds it “disheartening” due to the amount of hard work that he has dedicated towards school.

“We don’t have these admissions counselors to do everything for us,” he said.  “So, it is kind of sad that we have to do all of this work and they don’t just because they were born into a rich family and decided to cheat.”

The factor that was most shocking to him was the lack of accountability towards the coaches. “They were just given free rein to do whatever they want and that allowed them to get countless students passed the gates of admission and into the school without even trying,” Sequeria said.

Hannah Hart ‘20, who is seeking a golf scholarship to help pay for college, feels “pretty annoyed” at the situation because those who posed as athletes took sports scholarships from students like her who work hard in sports while also maintaining their GPA.

“You finally get to a point when you are like ‘here, look how good I’ve done,’ […] then it’s like, ‘sorry, someone else just paid their way into it’,” Hart said.

Hart also mentions how she sees students at Foothill working hard to get C’s in their classes, and “it’s the hardest thing they have to do.” But then, “these kids are just like ‘well I’m rich, I could do whatever I want’.”

Similarly, Ryan Aranda ‘19 feels that cheating and bribery is “ridiculous.” He believes that students should be admitted into college how it is supposed to be done, and how it has always been done.

“If the elite universities are caught in this scandal, a lot of一a lot of those people who either got accepted or look forward to going一they are probably going question whether or not going to that university is worth it,” he noted. “So they will probably look for somewhere else to go.”

As a teacher and as a parent who has watched both her students and her children go through the college application process, Cherie Eulau feels a “disappointment in humanity” that parents felt it was okay to bribe their kids into school.

“It’s just hard knowing that your students have worked so hard and we’ve challenged students, then they’re taking the spots of somebody else,” she said.

“There is already a socio-economic imbalance; this is just magnified,” Eulau said. She speaks of the fact that some families can visit colleges, send their kids to summer programs or unpaid internships, whereas some students might have to be working during the summer or can’t do a free internship because they have to earn money.

“So, as a parent, of course, you try to do the right thing, but at some point, your child is your child, and let them get in where they can on their own merit,” Eulau said.

As someone who has “been worrying about money since elementary school,” Esmeralda Saucedo ’20 felt “kind of disappointed.” The scandal “just shows how much power money has over those who don’t have as much,” she expressed.

“Money is a really big deal for my family,” Saucedo said. So, she finds it “irritating” that some people don’t have to get the best grades or don’t have to be incredibly smart to get into the college of their choice.

“I have to struggle with getting perfect grades to get into the perfect school,” Saucedo expanded.

English teacher Richard Geib expressed feeling disappointed, but not because people were taking advantage of and scamming the system. “My disappointment was that so many people were interested because there were a couple of actresses involved,” he said. “It really seemed to capture people’s imagination.”

Geib believes that the real, unrecognized scandal is about sports on college campuses. “The fact that you would have people routinely and legally getting into college who really couldn’t get in there otherwise with their grades is to me the bigger scandal,” he said.  “Not this aberration—this smaller scale thing which gets people’s attention because it’s just so out there.”

As a parent who focused on doing things like reading all the Harry Potter Books to his children by the time they entered second grade, Geib believes that “all that hard yards that I put in as a parent for their educational things—those things are going to result in success for my kids.”

For Media Center Specialist Darcy Duffy, she feels empathy for the students that were involved in the scandal because “they are being robbed of that as well; their parents always making their way.”

She explains a time when she took her son to swimming lessons and perceived him as “not the most buoyant child,” so it was hard for her to watch struggle without interfering. Even though she said the “other kids were better than him,” she left him in the water.

“I watched. And I was present. And I was there. And so sometimes you do, you have to leave your kid in the water and let them struggle,” Duffy said. “And he was so proud when he finished.”

While aiding seniors through the college application process and seeing how it works, she feels relieved that her kids don’t have to have “five AP classes and be perfect in every way,” she said. “There’s a school for them that is going to be the right fit.”

For students who may feel discouraged by these events, Sequeria expresses that “the rest of us are all just doing hard work, putting in the effort and getting into college that way.”

“So, if you are one of those students who feel disheartened and disappointed by the state of affairs, just know the rest of us are with you, and that these people who have bribed their way into college are getting in trouble now,” he said.

Editor’s Note: Amanda Perez contributed to the reporting of this article.