Baseball falls to Grace Brethren in a 6-0 defeat 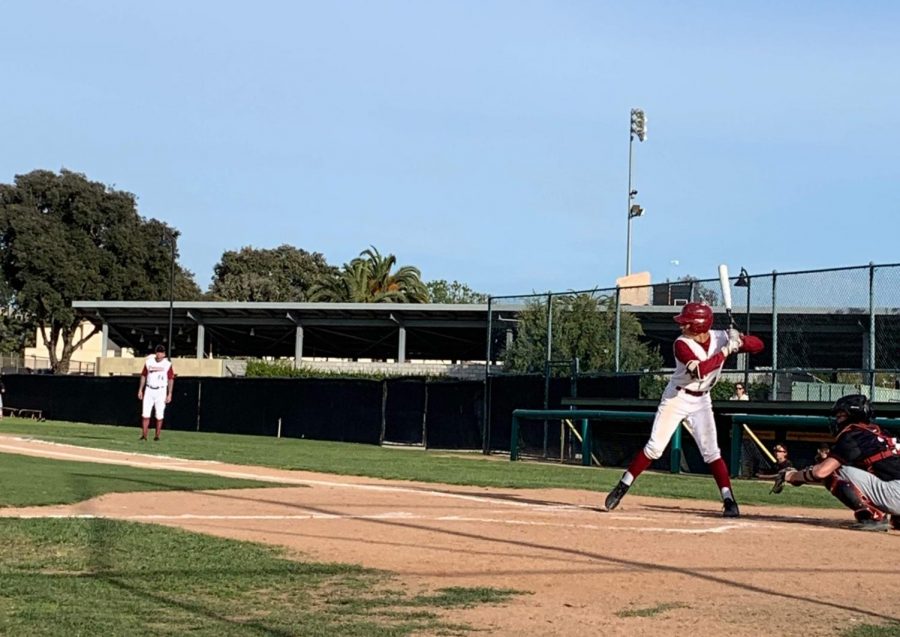 "Next time, we know what to do and we’ll fix our mistakes," Joey Bishop '21 said.

Amidst an energetic crowd, the Dragons were outhit in a 6-0 loss in the league matchup against the Grace Brethren Lancers, which is “a very tough team,” according to head coach Mike Ramos.

Within the first minutes of the first inning, the Lancers, who were up to bat first, took the lead by bringing two runners home. Joey Bishop ‘21 believed that the early runs “set the tempo” of the game and the Dragons “saw that they could hit the ball hard.”

“Going out into the second inning, we had our spirits high,” team captain Tyler Hong ‘20 said. “We were excited to get up to bat but we just weren’t making things happen and that just [kind of] killed the vibe for the rest of the game.”

While Hong made it to second base, the Dragons weren’t able to put it together to bring him, or any other runner, home.

After five scoreless innings, the Lancers brought one runner home from second base with a long drive between second and third base, further out-balancing the score to 3-0.

“The defense was there, our pitching was solid,” Bishop noted, but “our hits weren’t finding the gaps.”

Ramos echoed that “they made contact real well,” but feels like they need to be “more aggressive.”

The Lancers closed out the 7th inning with three runs due to strong hits and defensive gambles, resulting in a 6-0 lead.

“It was a good game, even though the score might not say so,” Bishop said.

Bishop knows that for “next time, we know what to do and we’ll fix our mistakes.” Hong said that the boys will go into practice hungry to improve and prepare to take on the Bishop Diego Cardinals on March 27.