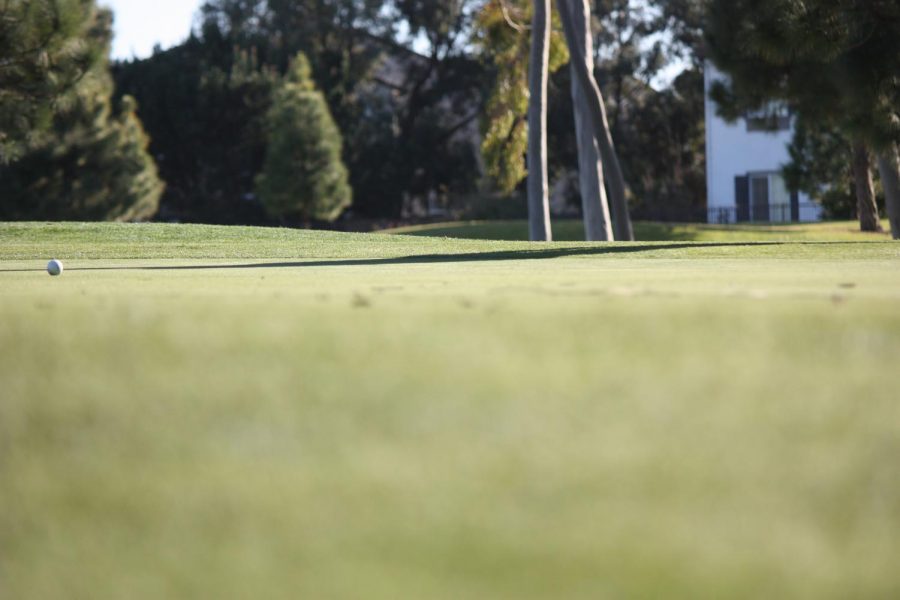 A golf ball sits on the edge of the putting green.

On March 4, the Foothill boys’ golf team competed at the Buenaventura Golf Course against Buena, Ventura and St. Bonaventure High Schools. The Dragons came in second place with a score of 464, trailing only the St. Bonaventure Seraphs, who shot 442. The Ventura Cougars and Buena Bulldogs came in third and fourth place with scores of 481 and 493, respectively.

Sequeira thought that the match was “a bit of a mixed bag,” but the whole team “scored under 100 strokes which we had not done often last year.”

He also added that the team faced some complications due to the match location.

“The course we played on was a new one for half of us so it took some adjusting,” Sequeira said.

Donnelly believes that, for the coming matches, the team can improve its “short game and course management.” He is looking forward to the rest of their season, in part, because he knows the team can “improve from [their] match” and “do way better.”

Sequeira is looking forward to the “intra-team competition” and the opportunity to see himself “and the rest of the team grow and improve at this lifelong game.”

The Dragons will continue to showcase their improvement on March 12 against Bishop Diego at 1 p.m. at Rancho St. Marcos.