Physics principles of the Egg Drop 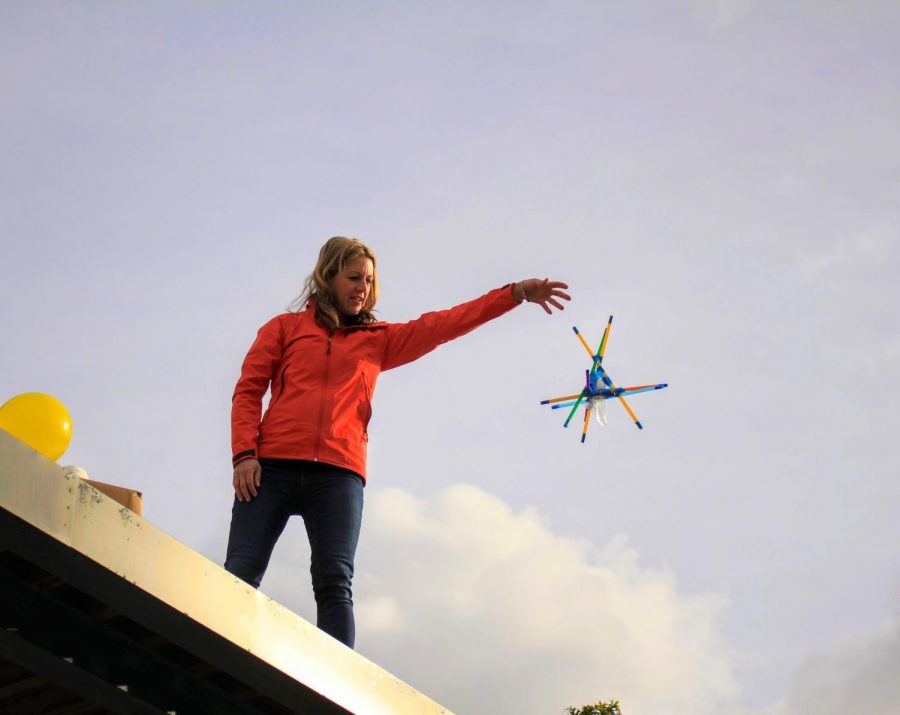 Eggs are seen falling from the sky, but it does not mean that the world is ending. It signals the annual physics’ egg drop experiment. This annual event was held on Feb. 15 and Feb. 19 in the Foothill quad.

This year’s egg drop brought a plethora of creative and unique designs that implemented fundamental principles of physics.

Air resistance was utilized in a variety of ways in this year’s egg drop; the most obvious of which was the use of a parachute. By attaching a parachute to either the egg or the contraption that holds the egg, the egg falls slower. With the larger surface area of the parachute, there becomes more room for the air to push up on the parachute. Without the force of the contraption acting on the air, the air would stay in place. However, since the contraption pushes the air down, by Newton’s third law, the air pushes up against the parachute, slowing the descent of the egg.

Impulse, though harder to understand, is still quite an important topic for an egg drop.  Impulse specifies that the longer it takes for a force to act on an object, the lower the force will be.

Take an airbag in a car.  When you crash, your body wants to keep moving forward.  Without an airbag, you would slam onto the hard dashboard of a car.  However, with an airbag, it takes longer for you to be stopped, thus decreasing your force and as a result, your pain.

While the velocity or acceleration can be accounted for by air resistance and impulse, the change of direction of the egg can also allow it to survive the drop. Naturally, the egg will keep falling as long as there is no opposing force exerted on it as Newton’s first law explains. Once the device hits the ground, however, the elasticity of the rubber bands plays a critical role.  The egg continues to move in the downward direction, causing the rubber bands to stretch. However, the rubber bands want to stay at equilibrium (no stretch).  Thus, the rubber bands slowly start to exert a force on the egg until the descent of the egg is successfully stopped.

Following Valentine’s Day, balloons wouldn’t be expected at school, yet many contraptions for the egg drop used balloons. Whether they’re helium balloons or air balloons, these contraptions apply the buoyancy force principle. Since air is mostly made up of heavier molecules (79 percent nitrogen and 20 percent oxygen), the lighter molecules like helium in the balloons are pushed upward due to density differences. Therefore, with enough balloons, the egg could end up floating to higher elevations, or it could plainly allow for the balloon to land softly on the ground.

Students using these principles hoped to create the perfect contraption to guarantee the survival of an egg.