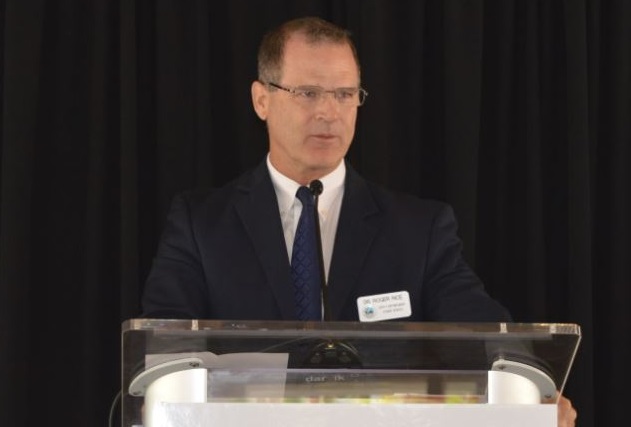 A passion for education, years of experience and a stellar track record are all tools Dr. Roger Rice is equipped with to step up to the job of Ventura Unified School District (Ventura Unified) superintendent. When he officially assumes his position on March 1, Rice plans to focus his efforts on making Ventura Unified “a better place.”

“I never settle for mediocrity,” Rice said. “I want the best for the kids I serve, and for the teachers.”

He believes in having “high expectations for yourself and the people that you work with, because if you raise the bar, then the whole system comes up with you.”

Rice’s motivation to achieve highly were attractive to the school board, especially since the last two superintendents served relatively short terms. The Ventura Unified Board of Education, according to School Board President Sabrena Rodriguez, chose Rice because they needed someone who would be “able to hit the ground running.”

“All of these changes not only affect staff morale and community confidence but really slow us down in the business of educating kids,” Rodriguez said. “The more time we spend distracted by issues of leadership, the less time we have to really focus on how to be doing better.”

Rodriguez said the board found Rice to be the most qualified to put this focus towards improvement, especially because “he is incredibly well-regarded in our county.”

“He oversees all of the county’s schools and is responsible for a variety of programs,” Rodriguez noted about Rice, and is “also really bred in better education programs.”

“You get to see kids working at things that they’re passionate about, and that’s what I really enjoy,” Rice added.

His track record also demonstrated to the board that he supports “equity and inclusion” of all students.

“I feel like that’s something that I have been successful at in the past—making sure that everybody feels valued and that we educate all kids to a high level,” Rice said.

However, she acknowledges that although the board members see “the evidence in the work he has done” and therefore “feel more confident […] because he is a known commodity,” they still “never really know.”

Despite his many years of experience in education, Rice admits that he still has a ways to go in Ventura Unified.

However, he has a plan for how he will tackle his forthcoming duties.

“I just want to talk to people and listen for a while,” he commented. “Not just learn, but meet people and establish relationships. I think people get a lot more done when everybody is rolling in the same direction, and we all know each other and understand where each other is coming from.”

According to Rodriguez, Rice went through the same extensive screening process as the pool of applicants from which Creswell was chosen, and, being the runner-up in this first screening, he was the ideal candidate to be chosen as the new superintendent.

“We knew that the community panel had very glowing things to say about him, the board was really impressed by a lot of what he said and felt like if he were willing to accept the job at this point, it would make the whole process move much more quickly,” Rodriguez explained. “We could return to having a leader in our district who had a mandate to move forward, rather than just continuing to wait for permission to move forward.”

Both the school board and Rice have forward-looking visions for the future of Ventura Unified.

“It’s a pretty simple vision, but I just want to do great work and help everybody be proud of their district,” Rice said on his plans for Ventura Unified. “I want to be able to leave knowing that it’s a better place than when I got there.”

Along with improving the district itself, he aims to assist every student and every parent in the community.