Warm, moist topical air from Hawaii is swept along the Pacific Ocean. Over land, it cools and falls as heavy rain and/or snow. 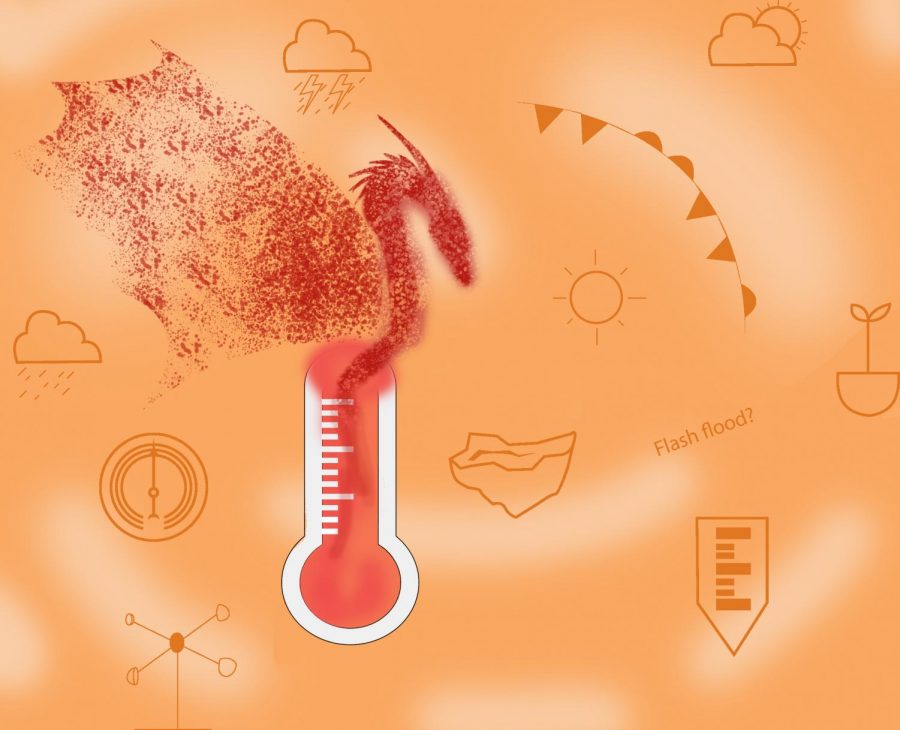 As Jon Snow once said “the Pineapple Express is coming.”

The Pineapple Express is an atmospheric river that originates from the Hawaiian region. This atmospheric river is an enormous flow of water vapor that can have roughly the same rate of flow as of water in the mouth of the Mississippi River at approximately 600 thousand cubic feet per second. This amount of water gradually accumulates over Hawaii, as the warmth allows for more moisture to gather in the air. Afterward, strong wind pushes the water vapor in a river-like fashion towards the West Coast of the U.S.

As a result of so much water being transported by the Pineapple Express, heavy rain can be foreseen along the West Coast, with some places getting up to as much as 8 inches in a single day. Additionally, since the storm originates in the tropics, warmer rain than usual can be expected. However, even though the rain is generally warmer, the Pineapple Express can deliver snow at higher elevations, a welcome addition to the snowpack that becomes crucial in the summer months for a state trying to banish the drought. Snow is especially important as it slowly melts through the summer months, gradually providing extra water to the state’s watershed.

Unfortunately, however, all of this precipitation also makes it more likely for a landslide to occur, especially with the recent fires that have burned so much of California. As a result, though the Pineapple Express brings some much-needed rain, it can also be nerve-racking for some communities.