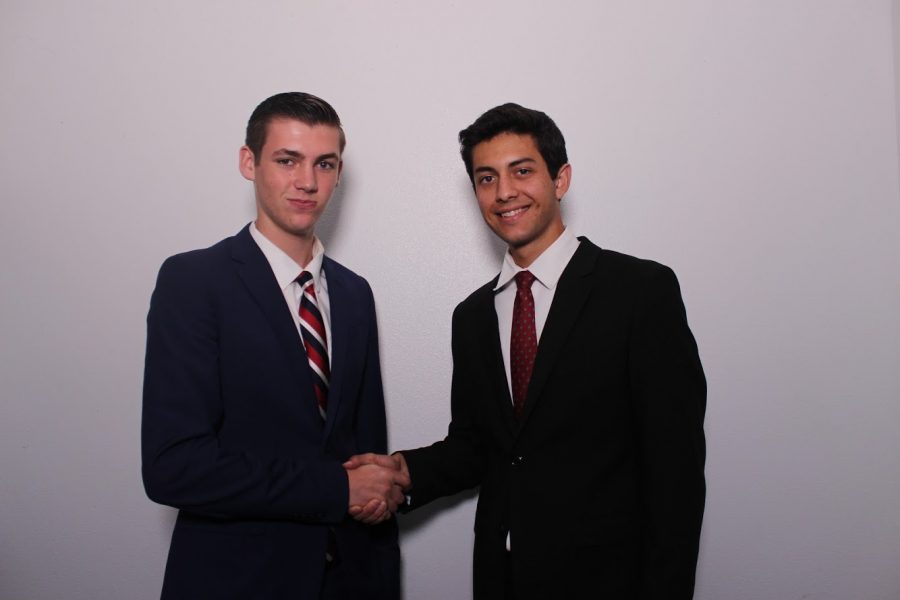 Due to the recently published article, Introducing Intersections: Increasing diversity in journalism, my partner and I have decided to hopefully shed some light upon a much-needed topic within the Foothill Dragon Press. Throughout the years, the Foothill Dragon Press has been a leading voice at Foothill. Some would say they have led Foothill’s culture in a very narrow, politicized and left-leaning direction, corresponding with the predominant political ideology on campus. However, this column will unveil this bias which has increased a political divide we see at our school. But, before the criticism commences, please note that the following piece is not meant as an attack, but merely as an analysis.  We certainly don’t mean any harm to the Dragon Press (or anyone for that matter)—we simply wish to provide a different perspective on this topic and evoke productive discussion.

According to certain voices in the Dragon Press, many minority groups have been underrepresented in not only journalism but Foothill itself. They paint the picture with a fairly broad stroke saying that ethnic minorities, the LGBTQ+, the disabled, the non-Christians, and others have been affected. However, they make this claim based upon a single statistic that isn’t proof of marginalization. They say that Foothill having a 45 percent population of non-white students, while the Dragon Press doesn’t proportionally, in return means they are leaving out entire voices within the school’s demographics. To quote the recent article, “The Foothill Dragon Press isn’t as diverse as it could be at the moment […] We can’t claim that we serve or represent all students.” However, the only explanation provided states, “there are students who are less inclined to apply (or feel less welcomed to do so) because they don’t see people like themselves on the staff.” This claim is rather vague and absent of any relative or supportive facts that minorities of all categories do in fact believe this.

Also, if it “is not just about race and ethnicity,” why did the writers of this article only included a statistic based on race and ethnicity? Being non-Christian, a member of the LGBTQ+ community, or being disabled, has absolutely nothing to do with the statistic that this article gave to support their reasoning. The statistic they put up was irrelevant to how minorities are treated in the Dragon Press. Disproportions don’t automatically warrant prejudice. For example, Foothill as a whole is 46.3 percent male and 53.7 percent female—on the other hand, the Dragon Press staff is 28.2 percent male and 71.8 percent female. That’s more than a 40 percent discrepancy. Additionally, their new-founded dedication to minorities and identity politics seems very confusing to the idea of equality. They said that “Ultimately, Intersections (minority voices) should not be separate,” yet the push is to make it separate, because “it is mainstream media that creates a division.” That is correct. It turns out creating separate categories for minority specific voices, rather than expressing many points of view in the same place, creates, in fact, division. Division creates inequality.

Many previously published opinion pieces on the Press’s website cover the ideologies they claim to lack. From “What on Earth did Jesus really teach?,” to “There is something critically wrong with Foothill’s administration,” to  “Are you culturally appropriating?,” to “Gentrification, dole whip, the American melting pot,” to “Familial DNA searches are potentially exploitative of people of color,” the Dragon Press historically and currently gets an A+ in political correctness and social justice through their opinion pieces.  So why do they feel the need to apologize on their own behalf of not being minority-savvy enough? Your guess is as good as ours.

While it was never stated explicitly, the evident idea expressed within the article is that “We can’t ignore that the other 45 percent of students are people of color.” True, nobody should feel bullied or unwelcome. But, apparently, Foothill is not accepting enough despite having things like Pride Week, a QSA club, a cultural club, Open Mic events, new left-leaning posters on our walls every week which are often race or gender related, ASB celebrating Black History Month, teachers and administration removing posters that they deem offensive and a Starbucks down the street. But before you jump to the conclusion and say that we are fascists, I ask you to think about this seriously as we have. Foothill is about the most accepting place you could find—that is unless you are an outspoken conservative. (In a follow-up column, we hope to discuss the lack of representation and acceptance as  conservative students at Foothill that we have noticed and experienced.)

By the looks of it, the statement that the Dragon Press has marginalized other minority groups on campus is quite ridiculous. Funnily enough, the recent addition of Intersections is a positive thing for one specific minority group: conservatives. Though it wasn’t stated that they intend to aim to increase the diversity of opinion once in the article, the Dragon Press now allows an outlet for writers such as ourselves to have a voice and I encourage every other conservative at Foothill to say their piece. However, we continue to believe in the same principle: a separate section with separate treatment for any minority group—including ideological minorities—is a dangerous thing. Thank you for reading and we hope you have learned something or perhaps reconsidered your stance in this modern discussion.

We want you to look at the other perspective and be as informed as possible, so please feel free to read the link to the introduction to Intersections, which is linked at the top of this column.