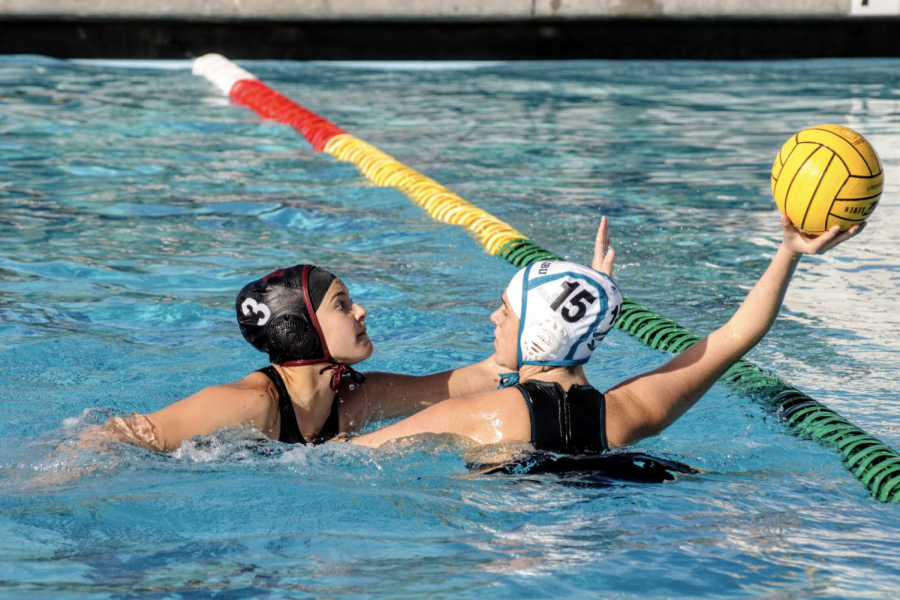 The sun shone brightly on the Ventura Aquatic Center pool as the Foothill girls’ water polo took down the Malibu High School Sharks on Jan. 22. The final score was 11-6 in favor of the Dragons.

The match began with a quick goal from Malibu that transpired following a pass from the Sharks’ right side of the pool. The Sharks continued to knock on the Dragons’ door, as they were able to earn two fouls. The Dragons responded to this push by a near attempt on goal from Annika Arroyo ‘20.

Morgan McKillican ‘20 was able to put the Dragons in the lead after converting a shot from right in front of the goal. This momentum extended by another shot and score by Arroyo. However, this period of success was short-lived. The game began to appear more evenly matched.

Despite this, Foothill was successful in solidifying their control of the game by adding two more goals; both scored by Arroyo. Malibu called a timeout to try and reignite the spark seen from them at the beginning of the match but it was of no avail and the quarter ended with a score of 5-1, Foothill.

The second quarter began and Foothill wasted no time in picking up from where they left off. Sydney Roman ‘19 won possession of the ball and later had a shot that just missed the goal, hitting the top bar instead. The Sharks retaliated with a goal scored off of a shot that flew over the head of Foothill’s goalie, Nicole Johnson ‘20. The ball made its way up and down the pool after Malibu’s score, but no more goals were added.

The intensity of the game increased as the Sharks and Dragons competed for victory in the fourth quarter. Heidi Fedde ‘21 scored after a pass from McKillican, causing Malibu to be increasingly

desperate to close the gap on the leading Dragons. Instead, McKillican scored herself after a long pass she received from Arroyo. Malibu’s newfound panic momentarily paid off when they scored again, but Fedde attempted to shut them down after scoring her second goal of the game following a steal.

However, the Sharks would not be silent entirely. Determined to finish strong, they scored their final goal from about the halfway mark of the pool, but this score failed to change the result of the game.

Foothill’s last chance at a goal took place as Arroyo attempted to double the Sharks’ score at the end of the game. However, the shot missed its mark and the game finished with the scoreboard reading 11-6 in favor of Foothill.

Head coach Victoria Lee thought that her team “played amazing” against Malibu and that she “couldn’t have asked for a better turnout.” After coming off a tournament in Oxnard, the Dragons were able to play ”as one solid unit,”  according to Lee.

“That momentum carried on from that weekend to today,” she noted.

Fedde agreed with this statement and added that their “teamwork has improved” and “there was a lot of communication.”

The Dragons’ next home game comes against Villanova High School on Jan. 29.