BUFFORD: “Foothill is not exactly the queer haven people like to pretend that it is”

Abbey Bufford '19 is a Foothill students who submitted this column to our publication as a guest writer. Read more about our policies on accepting student content on our 'About' page. 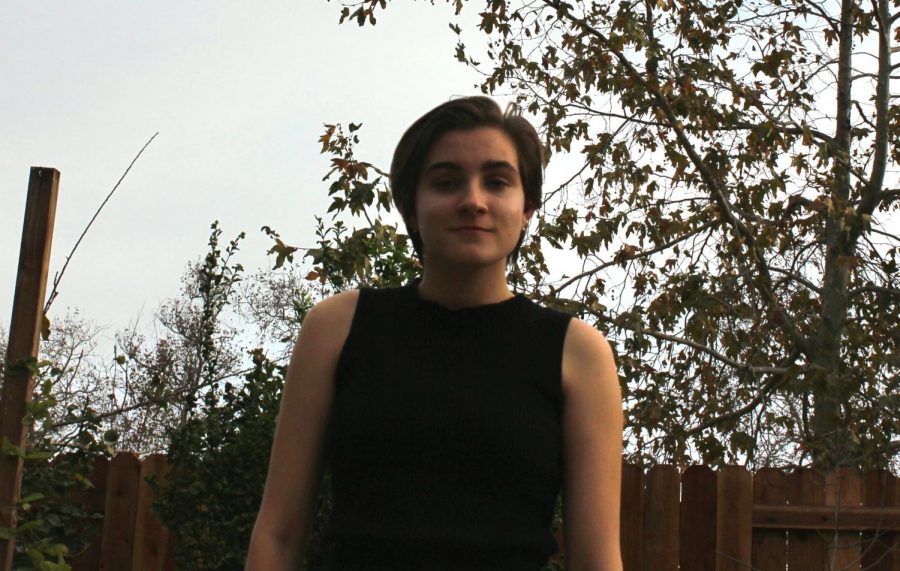 When I was in Seattle over fall break, I was scared. I was scared because of the recent Trump Administration threat to define gender on biological sex and refuse trans people the right to legally change their gender.

I was scared because I am trans and some of my friends and loved ones are trans and any rights we have now are still SO NEW.

When I walk around Foothill campus with my yellow ‘they/them/theirs’ pin, I am scared. I am scared because when my teacher corrected my pronouns in a bio I wrote, her only explanation was that I should have warned her before writing it (complete with blatant misgendering). I am scared because I have already been called ‘dyke’ and ‘lesbo’ and I’m just waiting for the next iteration of transphobic slurs. I am scared because my dysphoria already skyrocketed after a male “friend” of mine made a comment about my breasts and I don’t trust him around my own body anymore. Uninvited comments about a person’s body are always bad, but they can be especially damaging for trans students and are disappointingly common at Foothill.

I wanted to address some of the comments under a recent column in the Dragon Press. A lot of people, students and non-students alike, seem to think that oppression on the basis of gender or sexuality at Foothill is a myth, or that the administration has made incredible strides in inclusion and access.

However, I invite you to ask yourself: what have they actually done?

Aside from refusing to endorse Pride Week and passively putting up signs after the fact, that is.

LGBTQ+ students should know that they are supported because of your actions and words, not because of your posters. Foothill staff and administration should consider measures like openly supporting Pride Week and pride in general, condemning the actions of Creswell or teaching about LGBTQ+ history instead.

Additionally, I hope those of you who are straight and cisgender can at least imagine that perhaps your experiences with discrimination might not be the same.

Sometimes, I walk through the hall beyond the Media Center and stare at the gender-neutral bathroom, which is covered in a “staff only” sign that actually reads “it’s not even that we can’t afford to build new bathrooms, it’s just that we don’t care enough to offer you the ones we already have.”

Foothill has two accessible, gender-neutral bathrooms, neither of which are open to students. Sometimes, I wonder what would happen if I took the sign off.

Of course, I understand that staff and teachers need bathrooms, and I even know that the administration sometimes offers trans students the keys to one or more of these bathrooms if they ask.

But this places the responsibility of advocating for their own access on the students instead of the administration. This forces high school students to intentionally out themselves just to gain access to a bathroom. Due to incredibly high rates of homelessness, bullying, domestic violence and suicide among trans and queer youth, there is an active danger involved in being out, which does not magically disappear when a student walks onto Foothill’s campus. That is why it is absurd to hold hostage the few options for access you have.

It is certainly true that Pride Week occurred, and it was lovely. I helped run a booth on gender, biological sex and gender expression, and most of the (albeit few) people that approached seemed genuinely curious to learn. Unfortunately, in terms of the message that Bova and the administration sent to gay, bisexual, queer and trans students regarding their identity, the damage has already been done. Specifically, that celebrating ourselves, educating others and advocating for our rights is “too political;” that our existence is only respected by the school if we remain silent.

Foothill administration—Joe Bova specifically: When you decided not to sponsor a pride week at Foothill, I think only the truly naïve could have been surprised. After all, if you cared about your LGBTQ+ students, you would provide trans students with a clear pathway to changing their name in the school database instead of getting dead-named every time there is a substitute teacher (e.g.  some colleges allow students to change their name in the database even if it is not legally changed). Foothill Yearbook even offers an option for students to submit their preferred name; why does the school as a whole not do the same? You would provide us with AT LEAST ONE readily accessible gender-neutral restroom. You would encourage staff to ask students their pronouns instead of assuming. You would remove the Blue Lives Matter flag from the slideshow in front of the school, considering that trans people, specifically Black trans women, suffer some of the highest rates of police harassment and violence. You would hire teachers that are openly queer/trans/LGBTQ+.

Sure, a lot of teachers and staff hung pride flags and wore the official Pride Week shirts, but even teachers I considered allies have stumbled over using the correct pronouns and names for past students, acting as if I could not expect them to get it right and should be happy that they are at least trying. I have felt discouraged from talking about my own identity because of the way in which trans students are discussed like their existence is a burden on our poor teachers. Why is it that Foothill staff and teachers don’t know how to address or deal with a real live trans person? Why is there no attempt at education or exposure? If there has been, it clearly isn’t working.

Foothill is not exactly the queer haven people like to pretend that it is. And while we could certainly find examples of less safe and more exclusionary schools, not being the worst has never been Foothill’s goal. Maybe instead of heralding your treasured standardized testing scores, it’s time to worry more about whether or not your LGBTQ+ students feel safe and supported.

I’m not being stoned in the streets or locked in a mental asylum, and for that, I’m certainly grateful. But a hidden, insidious denial isn’t really that much better.