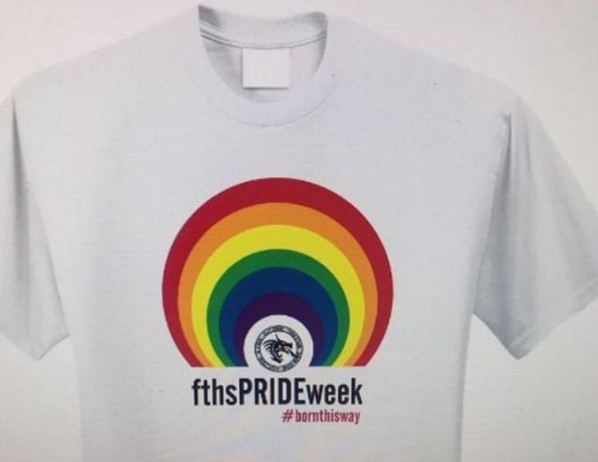 Last month, a student club known as the Queer Straight Alliance (QSA) hosted its own Pride Week at Foothill. Despite ultimately enjoying their right to host this event on campus undeterred, with rainbow flags and the like, many queer activists despaired at the school administration’s refusal to endorse the event—meaning that the club had to scrap its Pride Week t-shirts because they included Foothill’s iconography.

Rachel Chang infused her two cents into the situation, as written in a transcript of a public comment she gave at a school board meeting in a recent column.

“They can keep repeating that Pride Week happened the same with or without Foothill’s name on it, but it’s the concept behind it that’s most disappointing一that if I’m on the basketball team, the baseball team or the debate team or DTech or Bioscience, then I can have a T-shirt that proudly says I go to Foothill. But if I’m gay, then I can’t?”

As we shall soon see, Chang’s column, which castigated the school administration and implied Principal Joe Bova be fired if he didn’t apologize, was as ill-informed as it was inflammatory.

Her screed fails to acknowledge the difference between what is a club and what is a class. Dtech, Bioscience and the other academic/athletic groups Chang mentions are official classes included in the school curriculum, making them inherently part of the Foothill experience. They are orchestrated by Foothill staff and depend on the administration for resources. The QSA is nothing more than a congregation of like-minded students; Foothill is not integral to the QSA’s functioning as it is to a perennial academy like Bioscience.

An objection I anticipate is “what about Environmental Club?” Yes, Environmental Club t-shirt has “FTHS” on it, which brings up another difference: all that writing “FTHS” does is identify Environmental Club with the forum where it’s hosted, whereas combining the official school logo with a political symbol (the rainbow flag) constitutes an endorsement. One would be remiss to ignore these stark symbolic differences. Am I to believe that Chang would be okay with Foothill’s logo gracing the front of Men’s Rights Activists (MRA) shirts should such a student club organize?

I didn’t think so.

The law makes this distinction very clear. It is true that under the Equal Access Act (EAA), schools cannot “deny equal access or a fair opportunity to, or discriminate against, any students who wish to conduct a meeting within that limited open forum on the basis of the religious, political, philosophical, or other content of the speech at such meetings.” As anyone who attended school during Pride Week knows, the Foothill administration fulfilled its obligation to the EAA.

However, according to the National School Boards Association (NSBA), administrations have the right to “issue a general statement that they are not sponsoring student groups, but rather are merely providing all student groups an opportunity to meet.”

Additionally, the liberal American Civil Liberties Union (ACLU) goes a step farther in asserting that it isn’t just the right of schools to act neutrally towards clubs, but the very approach that the EAA encourages schools to take:

“As the Equal Access Act itself emphasizes, schools do not endorse the views or activities of any of the groups they allow to meet on campus; instead, they create a forum for the students to discuss the issues the students choose.”

This is exactly what the Foothill Administration did. In an article seldom remembered amidst all this noise, Principal Joe Bova affirmed that “when there’s activities (sic) on campus that are, let’s say, in support of particular groups,” they “really have to be student-led and student-sponsored.”

Unlike Chang, I fail to see the supposedly “alarming lack of transparency concerning issues that are of tremendous importance to us as students.”

This is not a “loose interpretation of the Ed. code” as she suggests it may be—it’s as strict and proper as can be. There’s no reason why the district policy shouldn’t be brought to the school board for examination if, after reading this article, people still disagree with what happened.

At this point, I sense that the readers who upvoted Chang’s article must feel a tinge of embarrassment, so let me just say this: if my goal was to wage an ideological crusade or witch hunt, as was the case against former Superintendent Creswell, then I’d probably miss the facts, too.

As a socialist, I’d imagine Chang is attuned to the fact that movements derive their strength from mass solidarity, not some nod of approval from the top of an administrative minority. Why should it matter whether the school stayed neutral if the queer community on campus felt accepted and empowered? If anything, outsourcing the sponsorship to students allowed for the queer community and its straight allies to demonstrate that inclusivity is a natural part of the student body—so manifest that it didn’t need to be pushed by the front office.

Bottom line is this: there is no need for panic and indignance. Principal Bova doesn’t owe anyone anything.