Pride week culminates in a rally that promotes inclusivity for all 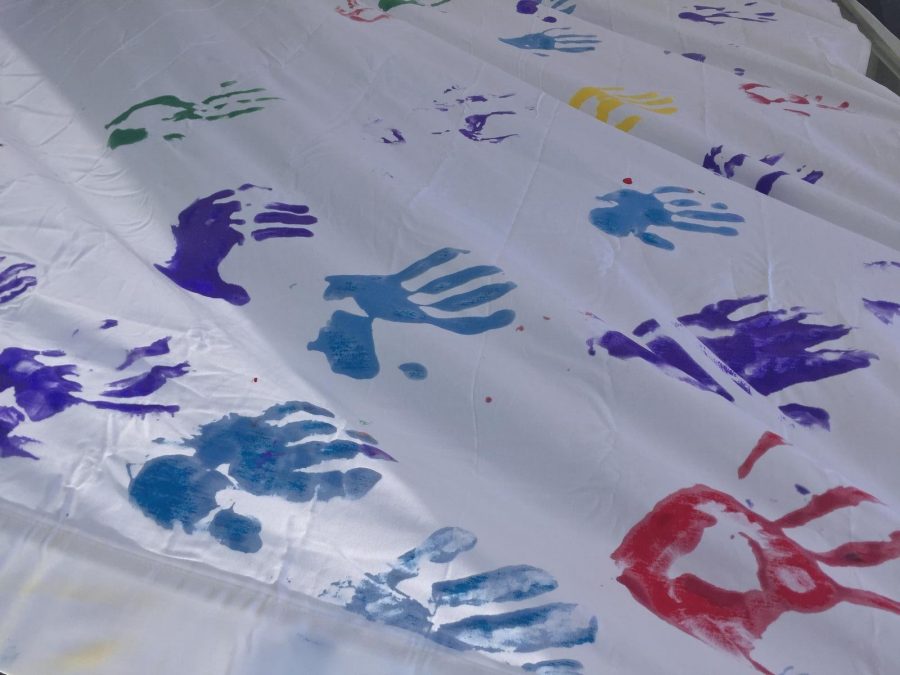 Students show their support for the LGBTQ+ community during the Pride Week rally. Credit: Mason King / The Foothill Dragon Press

“We just had to run it through a club,” said Yale. “It really just meant more paperwork, but in the end we got it done.”

With multiple booths and plenty of representatives at each, the goal of the event was to “educate the school on the LGBTQ+ community and issues that they face,” stated Yale.

There were booths that gave students the opportunity to learn about Planned Parenthood, bullying in the LGBTQ+ community, existing persecution against the LGBTQ+ community and gender, as well as a place for writing positive comments and a booth for students to leave their hand print on a large white canvas in one of the colors of the rainbow.

Jake Ayers ‘19 believes that this event was a good way to promote inclusivity and create a safe space. According to him, the QSA thought that they “should host a Pride Week so that incoming freshmen know that they’ll be accepted here, no matter what.”

As students walked around with pride shirts and carrying small LGBTQ+ flags, Associated Student Body Vice President Josiah Beharry ‘19 believes that the reactions of the general student body have been “really positive.”

“I think that a lot of Foothill’s campus are either allies or are part of the LGBTQ+ community so I think it’s been really successful,” he said.

As Beharry explained, every student was allowed and encouraged to participate in the rally.

“We have our QSA club, which is for everyone to join if they want to help out,” said Beharry.

Yale believes that although small, there is already a sense of change happening around campus.

“We want to make sure the relatively large LGBTQ+ community feels welcome and accepted and safe,” Yale stated about the aim of the Pride Week and rally. “There’s been a lot of support from a lot of people at school that I wouldn’t have known before who would have supported a pride week or a pride event in general. I can feel a little shift, but I think the aftereffect of the event will have a bigger impact.”