Playoff Recap: Girls’ tennis season ends at the hands of number one seed 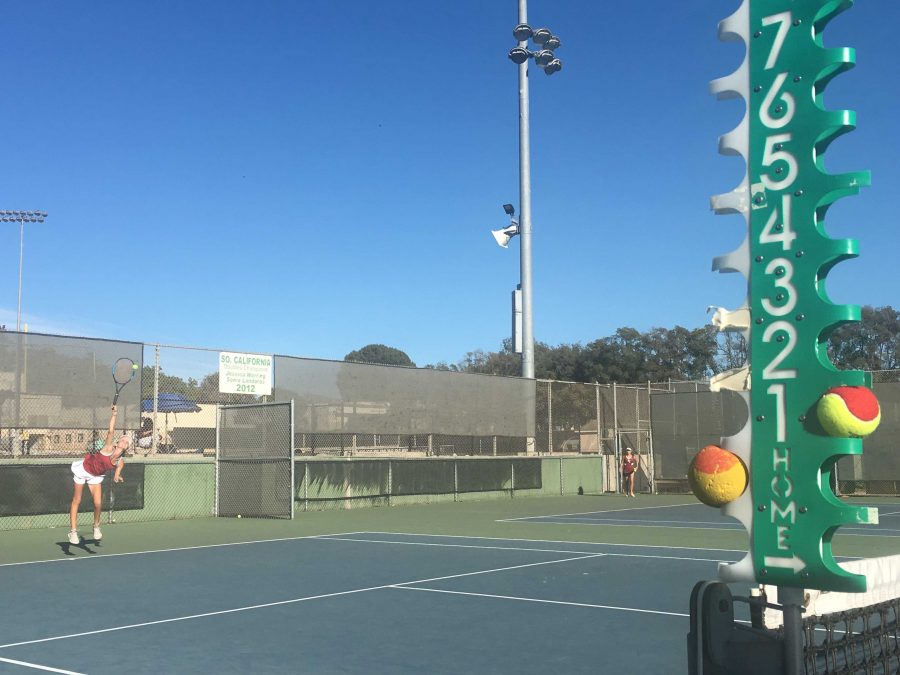 In the first round, “Wilson was all over us,” and despite improving performance in the second and third rounds, there was “too much ground to catch up,” McClain said.

The final score was 12-6 in favor of Wilson, who will advance to the quarter finals of the California Interscholastic Federation (CIF) Division III playoffs.

As Foothill’s season draws to a close, McClain looks back on the season with pride. He says the team overcame a rocky patch and grew in spirit in unity.

This was highlighted by the first round match, in which the team was “in a dog fight every round,” McClain said.

“I was so proud of the girls as I could hear them cheering for each other all day,” he said. “They played hard from start to finish, which is what it takes.”

Though “the water got a bit too deep for us,” McClain emphasized that he was “proud to have been a part of this team,” and is looking forward to next season.

The team is predominantly underclassmen and will lose just one senior—Erin Gaynor ‘19.

“I feel we’ve had a very successful season and we can build off it for next year,” McClain concluded.